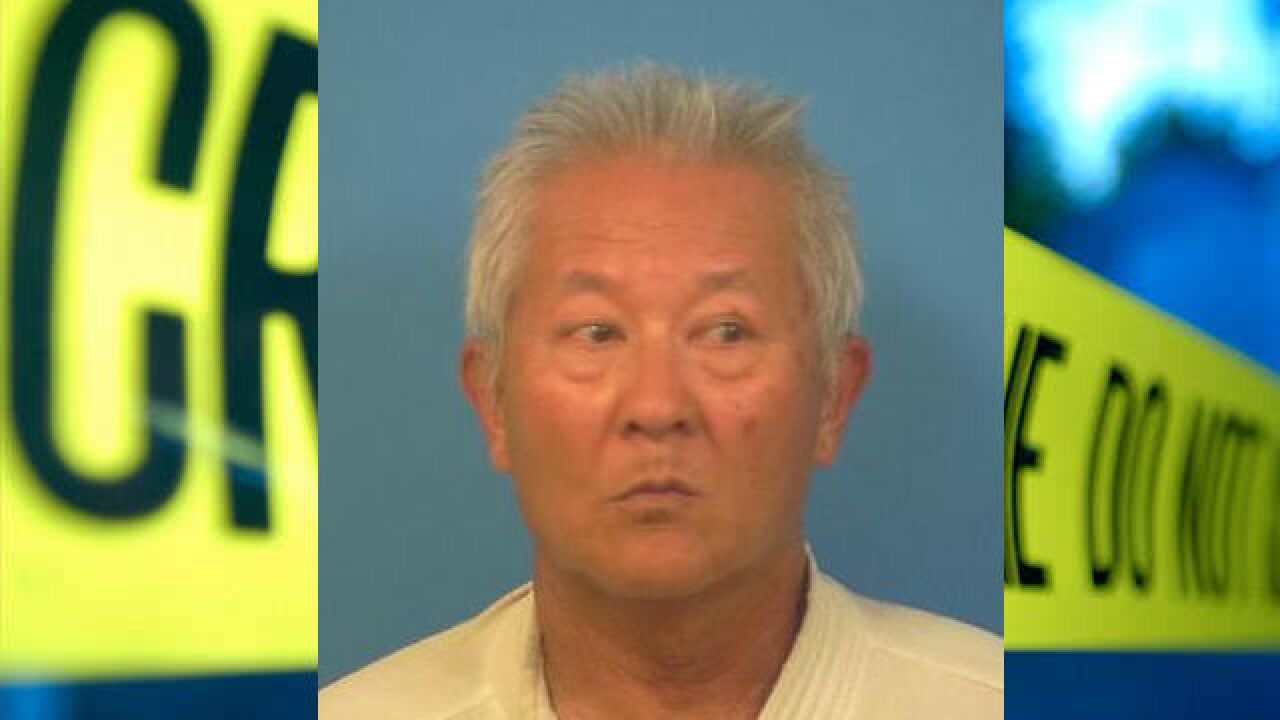 A Pahrump man was arrested after a desert tortoise was found in a bucket of water with holes drilled into its shell.

The tortoise was found at the property of 71-year-old Philip Peng. Police were at Peng's property because a few days earlier, someone pointed at gun at an employee at the Donut Depot.

The man rode away on bike, and an employee recognized him as Peng. When deputies searched Peng's home on Idaho Street in Pahrump, they found the tortoise tethered to cable tied through holes in the shell.

Deputies rescued the tortoise, and got it veterinary care. According to animal experts who examined the tortoise, they discovered the animal would have been in extreme pain from the mutilation.

Peng was arrested and is facing 2 animal cruelty charges, plus assault with a deadly weapon in connection with the initial incident at the donut shop.