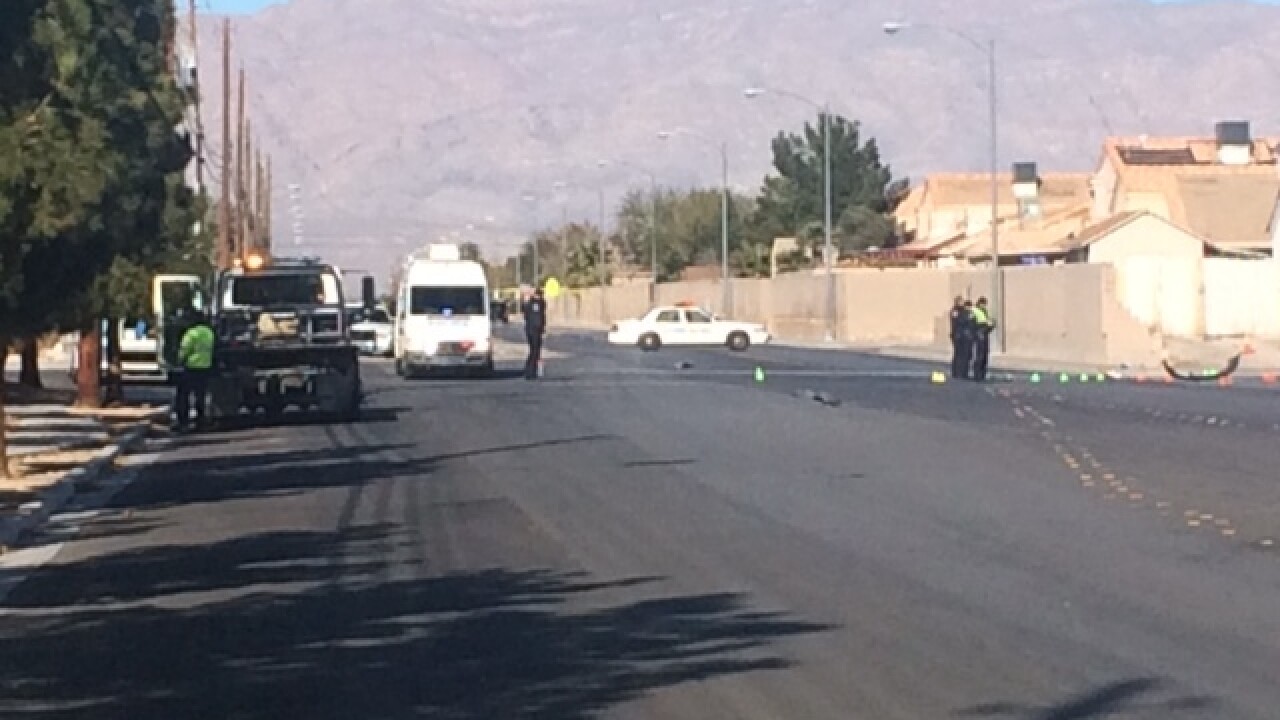 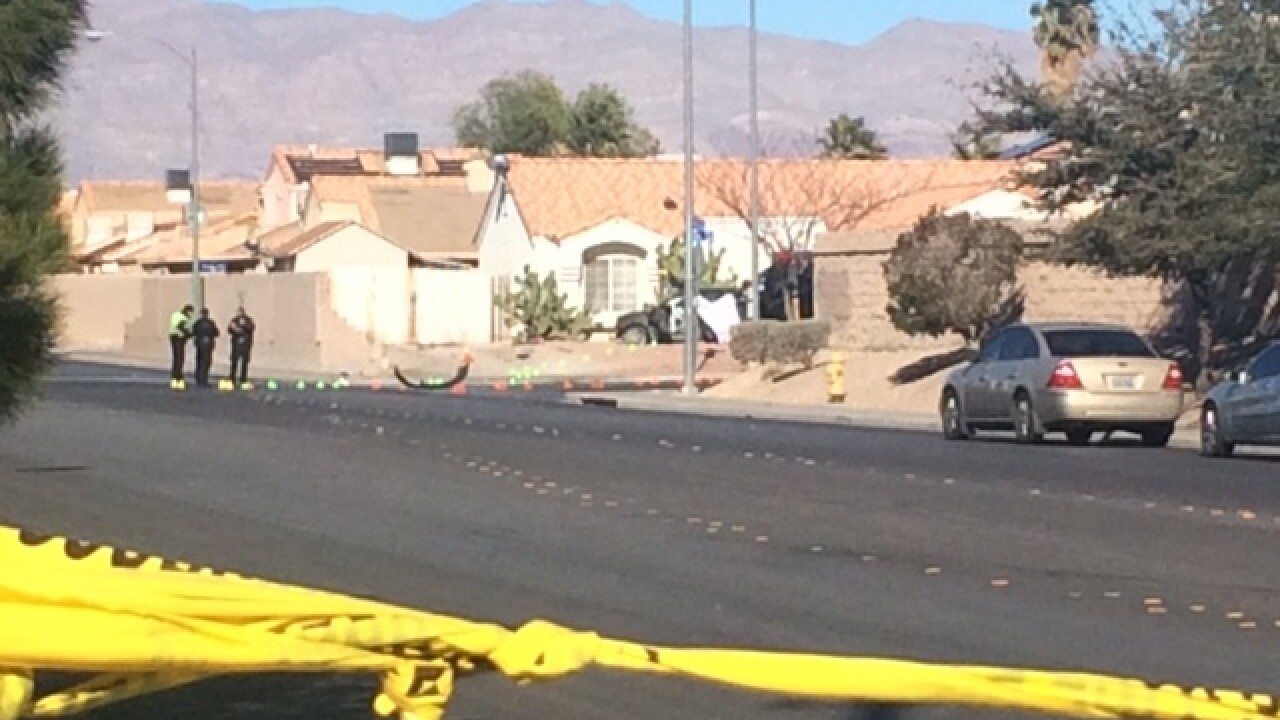 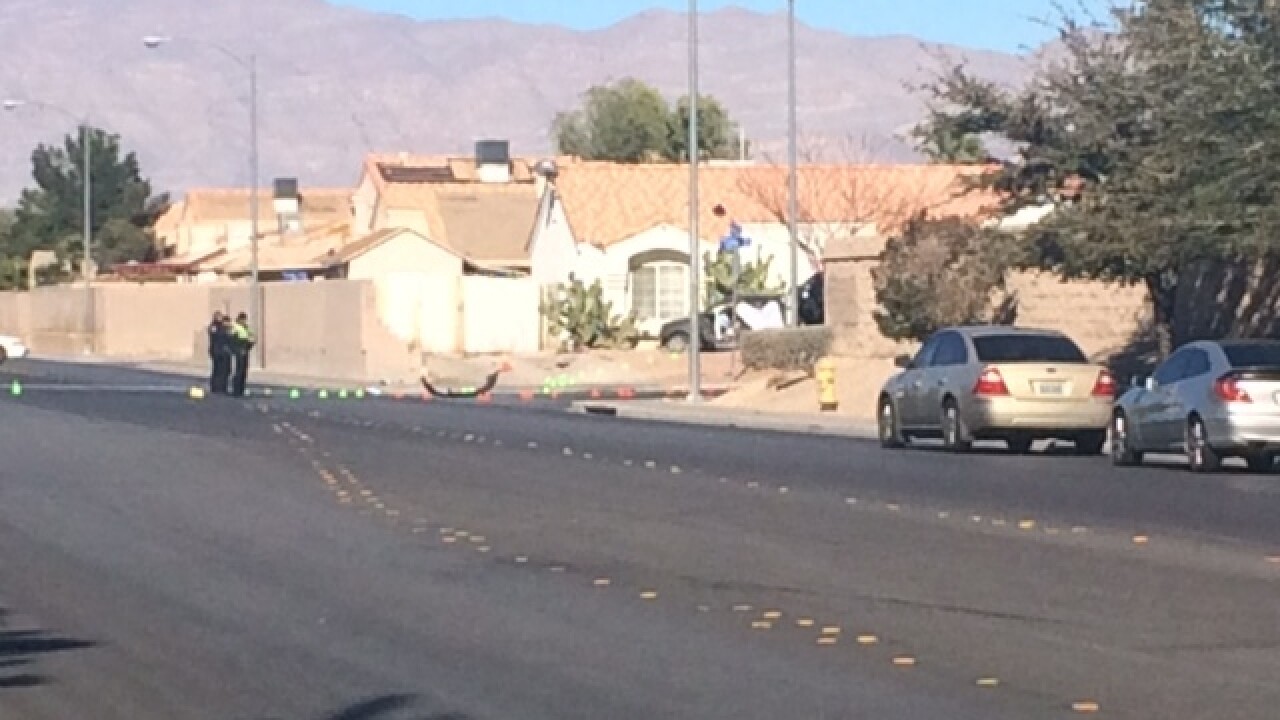 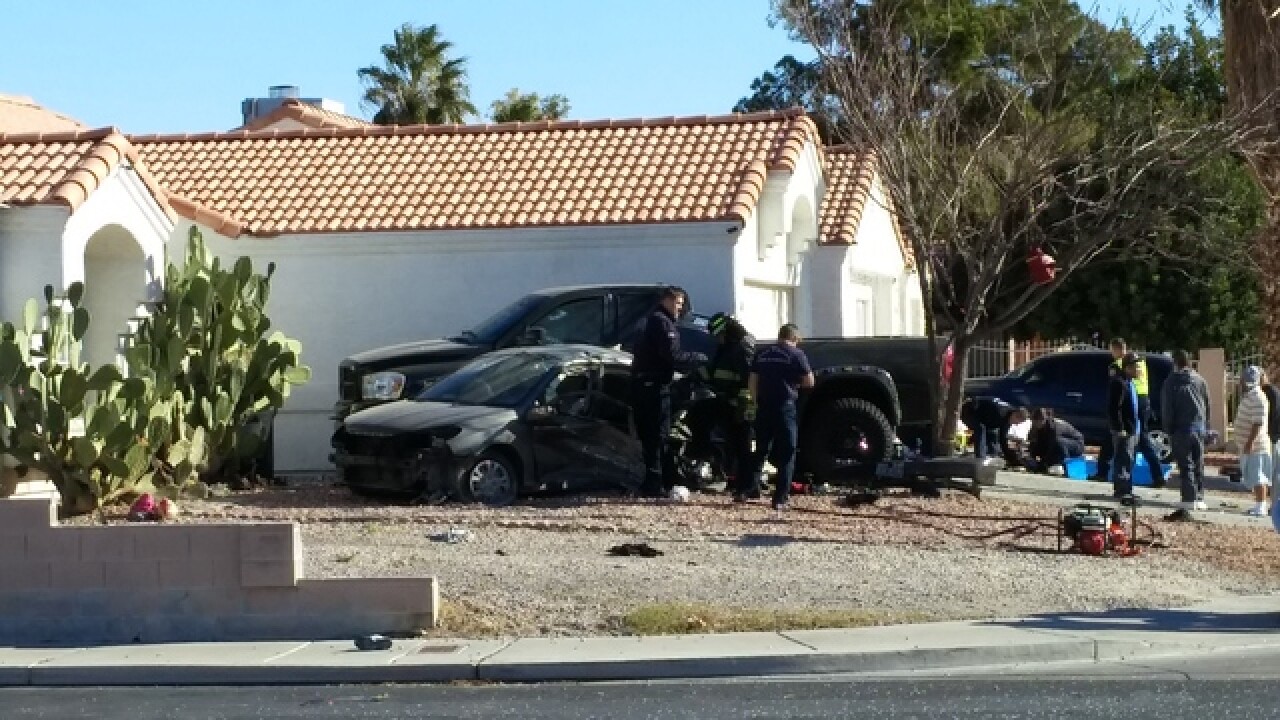 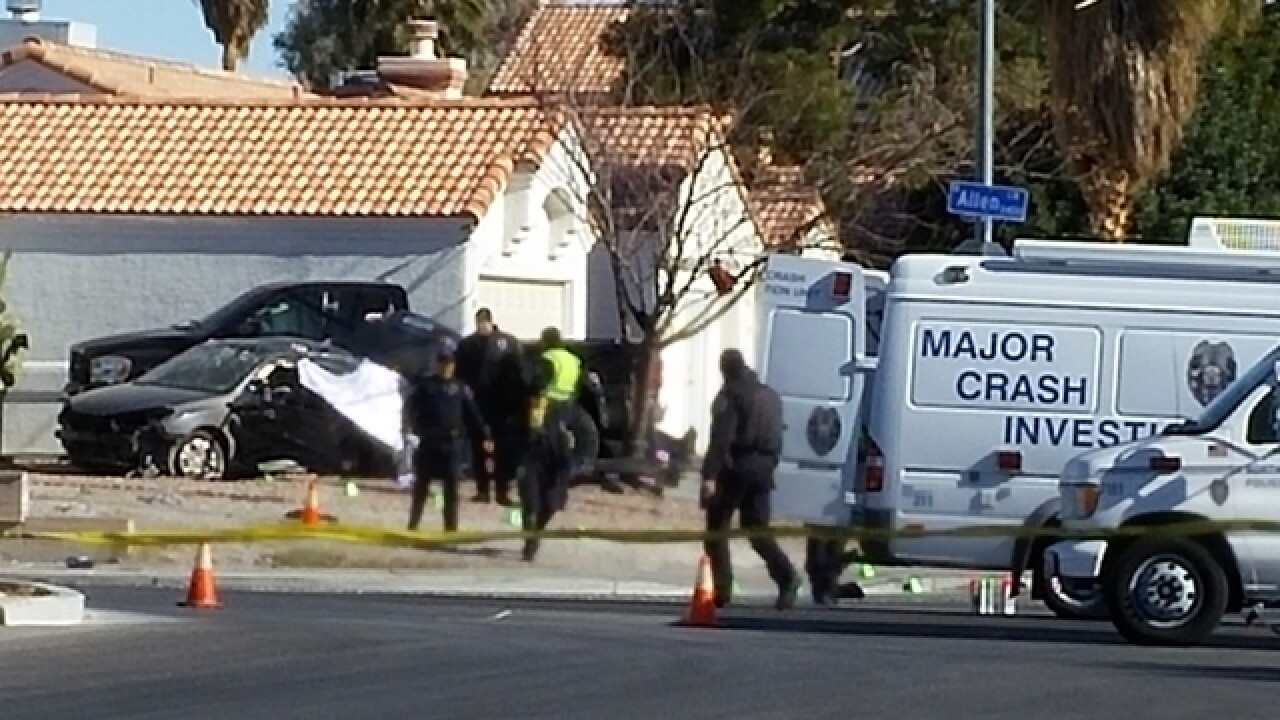 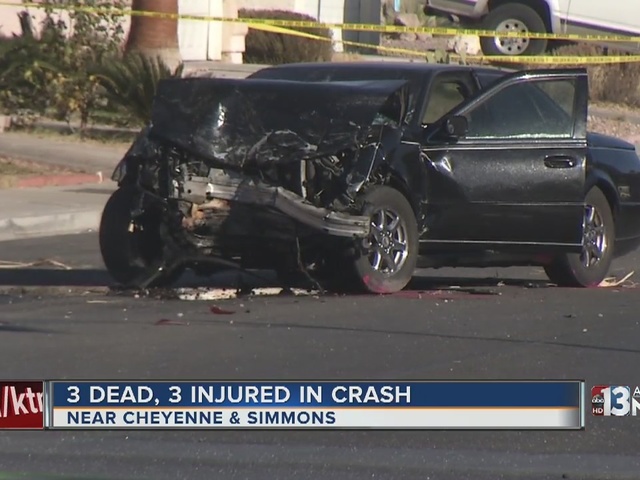 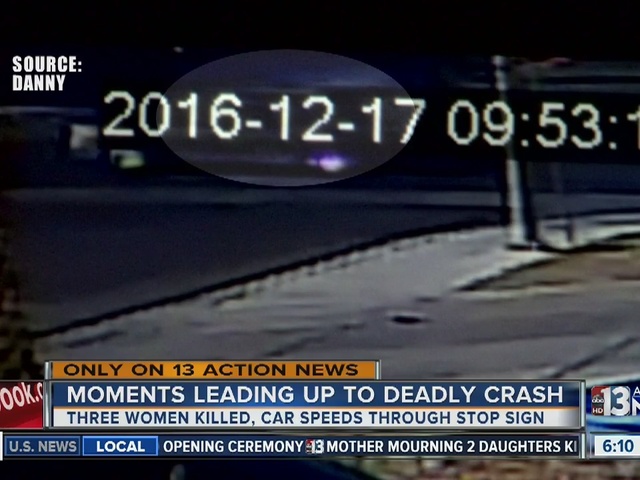 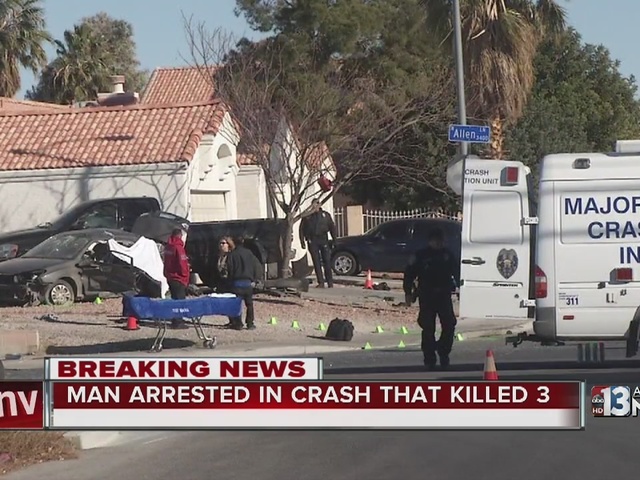 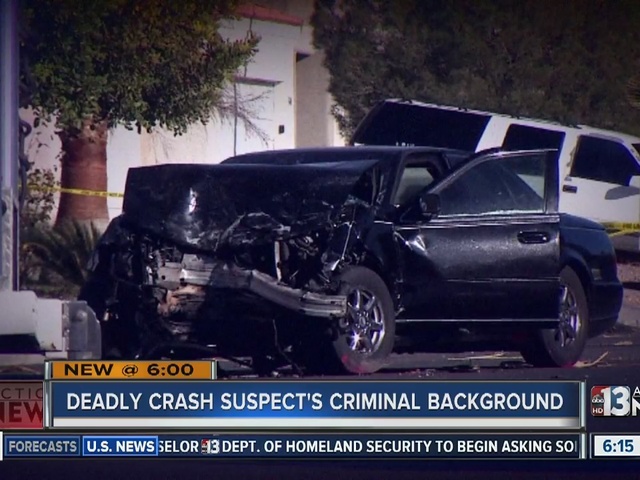 LATEST DEC. 21: A 27-year-old man has been arrested in connection with a fatal crash which claimed the lives of three women Saturday morning.

On Wednesday, officers arrested 27-year-old Ernesto Vazquez, the reported driver of the 2001 Cadillac STS. Vazquez was booked in absentia as he is still hospitalized with injuries resulting from the crash.

13 Action News took a closer look at Vazquez's criminal background. He has been arrested three times in the past six years on domestic battery charges, once with a deadly weapon. He also has been arrested twice for resisting and evading police.

Vazquez will be held on jail on a $1 million bond.

UPDATE: 13 Action News has tragic video of the moments three women are killed after a car blows through a stop sign.

We have chosen not to show you the impact of the crash. The video shows the moments leading up to what looks like a driver speeding through a stop sign at the intersection of Allen Lane and Colton Avenue in North Las Vegas.

North Las Vegas police have not released the name of the driver but said he was speeding. Police are also investigating whether he was impaired.

"I hope people wake up because this rocks a whole neighborhood and rocks a family to the core," said neighbor Paul Blankenship.

Blankenship has lived in the area for three years. He said many drivers do not stop at the stop sign. He's watched cars speed through his neighborhood.

"You can always hear cars peeling out all the time," Blankenship said.

The speed limit on Colton Avenue was listed at 25 miles per hour.

Police have yet to release if there will be any charges against the driver.

North Las Vegas police say speed and alcohol appear to be factors in the deadly crash.

Gwen Davis says there were five girls in the car that got hit. Four were her daughters. The fifth was their friend.

Ficklin was 22 with three kids of her own and pregnant.

Davis says she'll pray for and forgive the man driving the car that hit her daughters, but she's angry at him.

"He had choices before he got behind that wheel," she said.

The loss of her daughters adds to her family's tragic year.

Davis says she buried her son Ja'varrius in April.

Her other daughters in the car were injured but will live.

Police say the male driver also was injured and is expected to survive.