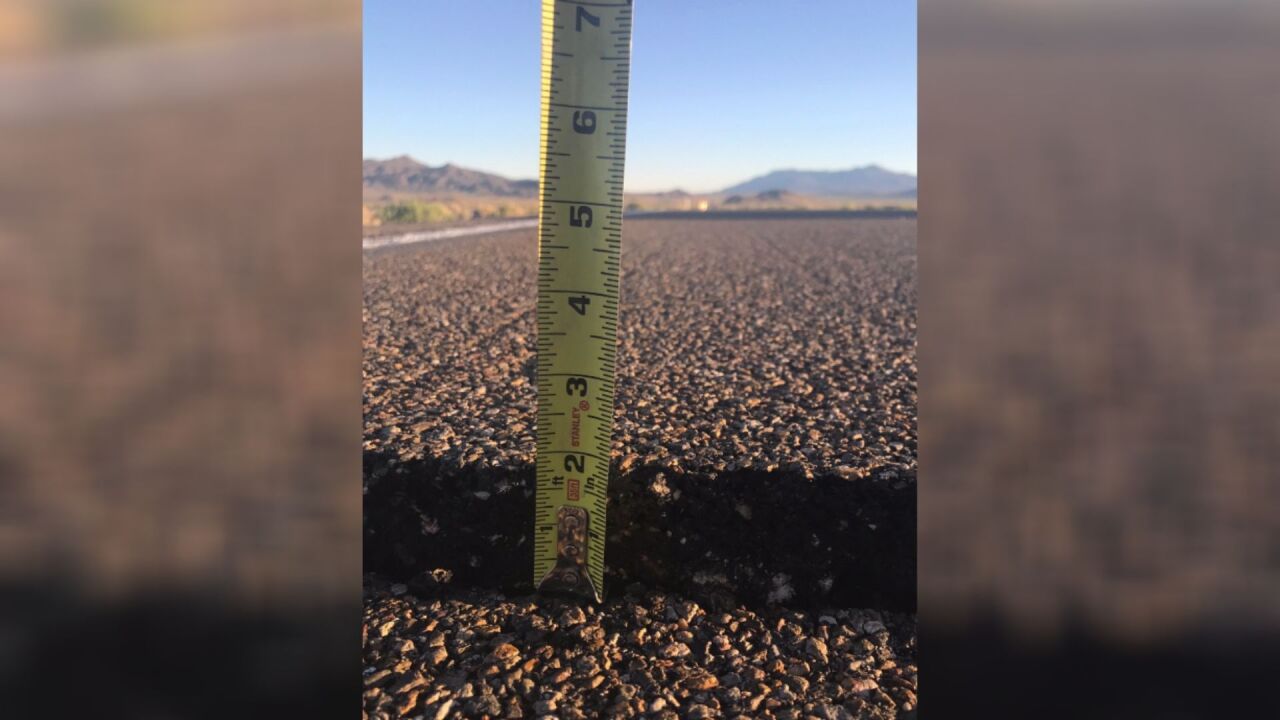 NEVADA (KTNV) — Nevada Gov. Steve Sisolak has declared a state of emergency for US 95, US Route 6, and US Route 360 due to the damage caused by a 6.5 magnitude earthquake back on May 15.

Emergency repairs were performed to open the roadways, but further damage inspection of the highways determined that the extent of the destruction was beyond routine repair, according to the governor's office.

"Nevadans and those traveling through our state need safe roads. We will do everything in our power to maintain the safety and security of everyone traveling on our roadways," said Gov. Sisolak. "This declaration of emergency will help the Nevada Department of Transportation respond quickly and efficiently."

U.S. 95 reopens after earthquake near Tonopah

The damage is expected to exceed $700,000, and a state declaration of emergency was required to access Federal Highway Administration Emergency Response funding.

The governor's office also said the Nevada Department of Transportation needs to begin reconstruction on the affected areas to protect the health and safety of those traveling within the state.

Officials say the May 15 quake was the largest felt in the state over the last six decades.