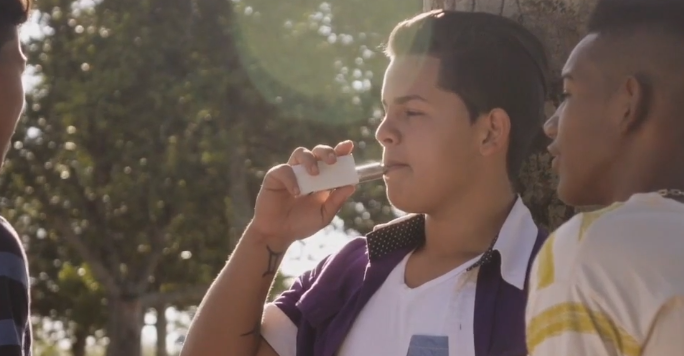 Many initially hoped e-cigarettes would help wean people off of the real thing. Now lawmakers in Carson City are calling it an epidemic and proposing a major change aimed at disrupting the industry.

LAS VEGAS (KTNV) — Many initially hoped e-cigarettes would help wean people off of the real thing.

Now, lawmakers in Carson City are calling it an epidemic and proposing a significant change aimed at disrupting the industry.

"High school use of these products has increased 78 percent in one year," State Senator Julia Ratti, Reno/Sparks, said.

Senator Ratti highlighted the stats as she pushed for a 30 percent tax on vaping products that would put the cigarette alternative in the same category as other tobacco products.

Supporters highlighted the effect price hikes have had on traditional cigarettes in the past.

They said for every 10 percent increase in cigarette prices there had been a two percent drop among adults and a six percent drop with children.

But those in the industry, like Nevada Vaping Association President Alex Mazzola, says he doesn't want kids using the products either.

He also said the tax isn't needed since the law already bans the sale of the products to those under 18.

"I would say it is an enforcement issue and for some reason they are not enforcing it. It is like how are these minors getting it," Mazzola said.

Mazzola says he is among 3,700 vape manufactures registered with the FDA.

Despite some high profile products that offer high doses of nicotine, Mazzola said his products still provide help to those looking to stop smoking.

"We are the guys with the registered nicotine levels that can wean them down," Mazzola said.

Ratti also said 40 percent of children who vape do so without ever smoking a cigarette.

"The goal is to reduce usage by raising the price. I am very clear about that. The intent here is to disrupt the industry," Ratti said.

The tax is projected to generate around $8 million in revenue for the state if passed.

Nevada's legislative session is set to end on June 3.