NAFB initially reported it was a meteor 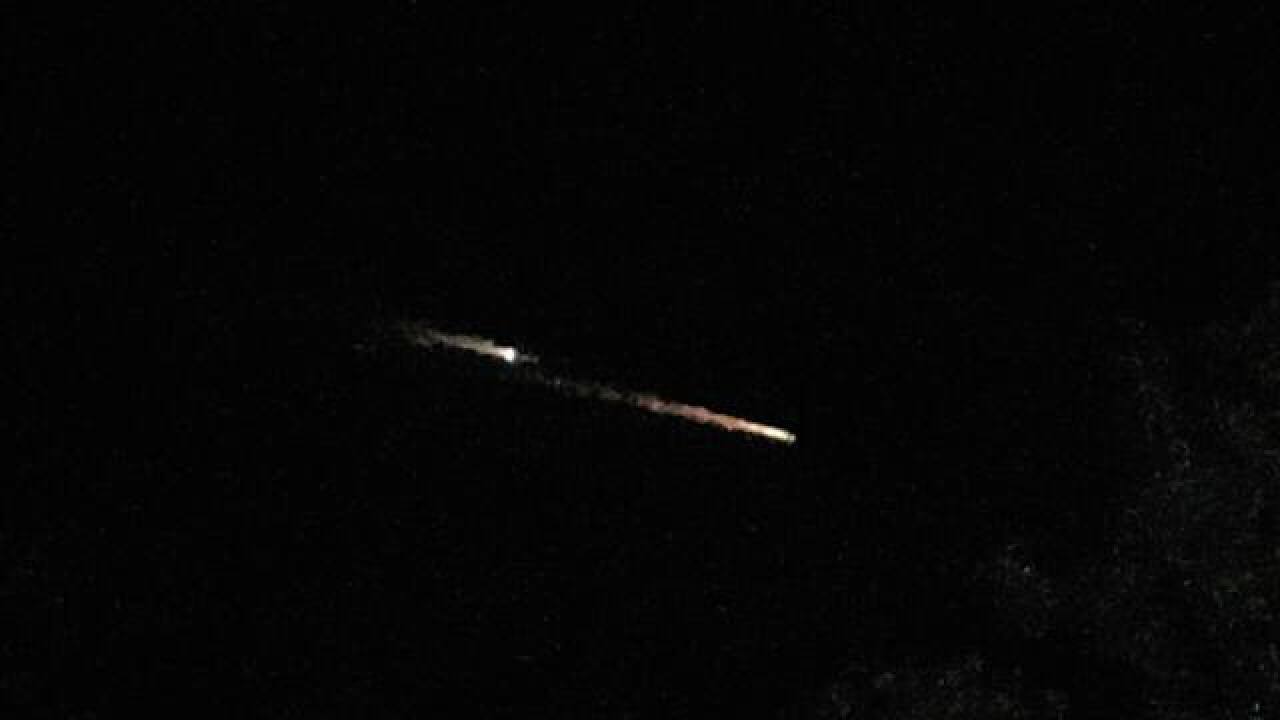 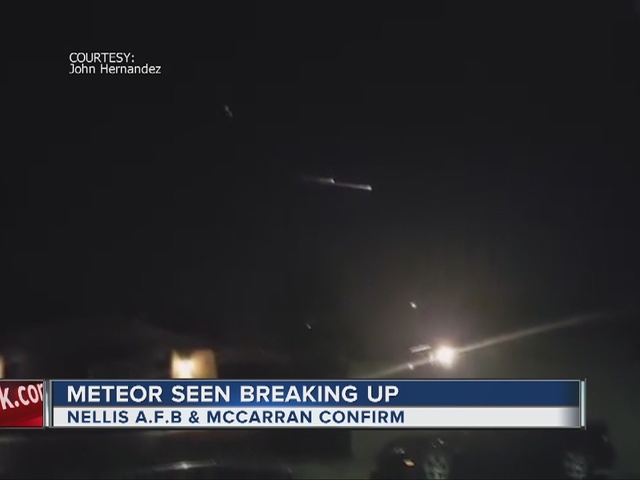 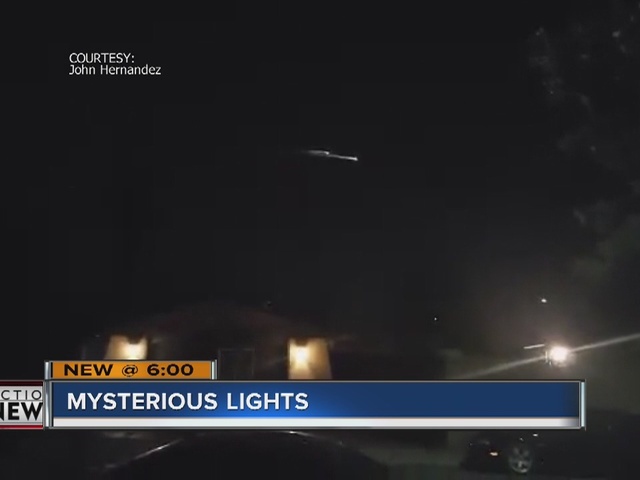 UPDATE: The streak of light seen above the Las Vegas valley on Wednesday night was actually a Chinese rocket reentering the atmosphere near California, according to the U.S. Strategic Command.

The visual streak was the remnants of a Chinese CZ-7 rocket. The rocket was just one of 16,000 man-made object in the Eath's orbit that the Joint Space Operations Center is currently tracking.

The streak was seen in Nevada, California and Utah.

LAS VEGAS (KTNV) -- The internet was abuzz over a mysterious light in the sky Wednesday evening.

Nellis Air Force Base officials said it was a meteor that was seen breaking up over the Las Vegas skies and beyond around 9:45 p.m.

Dr. Ed Krupp, director of the Griffith Observatory in Los Angeles, told KABC-TV it may have been a meteor from the Delta Aquarids Meteor Shower, which is peaking on Wednesday night.

The light in the sky was reported across the western United States, including Nevada, California, Utah and Arizona.

McCarran International Airport said it happened over the sky toward Lake Havasu.