A teenager was caught on camera, stealing a package from a homeowner’s front step. But a heads-up neighbor talked the kid into giving it back.

At first, the teen didn’t seem to care or notice he was being watched. The teenager nonchalantly walked up to a home on Dulcimer Lane, near Pebble and Bermuda roads, and swiped a package from a front doorstep. It was all caught on surveillance video.

“The one night I wasn’t home, some little punk comes and takes the box,” said Rebecca Colbert, who owns that home. “I was furious. I was so mad.”

Around 5:54 p.m. on Wednesday, Colbert said, a delivery man dropped off a package. About 5:58, the kid grabbed his prize.

"I thought ‘how dare he come to the door and take what’s not his,’” said Colbert, who posted the video on social media.

Greg Garcia, who lives around the corner, said, “We were kind of upset about it. We kind of did recognize the kid.”

Garcia and his 10-year-old son, Gradyn, drove around the neighborhood.

“I’m like ‘wait. That’s the kid who stole the package,’” Gradyn said.

Garcia confronted the kid, who seemed no older than 14.

“I asked him ‘hey were you the one who stole a box?’” Garcia said.

The rattled teen spilled the beans.

“Right away, he confessed. You could see he felt really guilty. He said ‘oh yes. It was me. I’m so sorry," Garcia said.

On Thursday afternoon, the would-be thief, fully aware he was being watched, held up the box to the camera and placed it back where he found it. He gave a neighborly wave and walked away. The teen even left a note, apologizing for what he did. 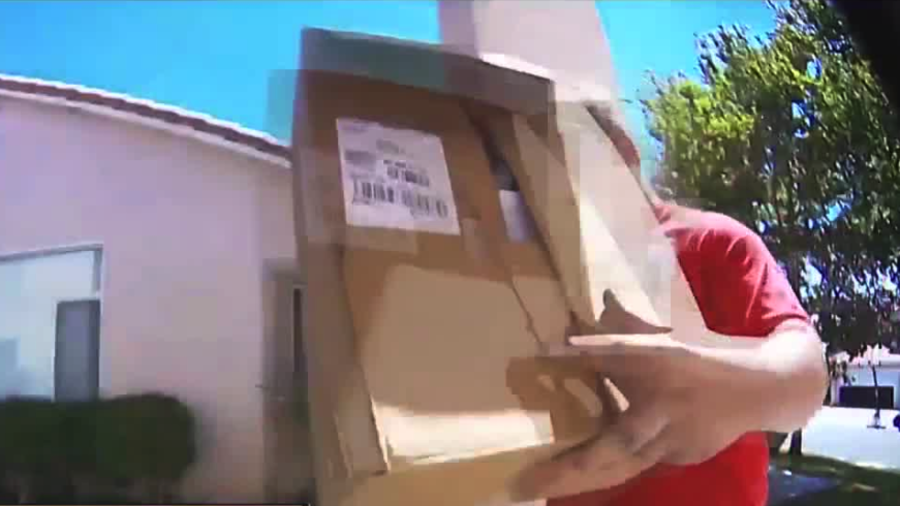 “I’m really proud,” Gradyn said of his father who confronted the teenager. “He’s almost like he wants to be like a superhero, which he is.”

What was in the box?

“It’s a fuzzy-kitty backpack for a 7-year-old girl,” Colbert said, for her daughter Phoebe. "I hope he learned his lesson. You don't take things that don't belong to you."

Colbert doesn’t want the boy to get in trouble. But she hopes his parents will have a good talk with him.