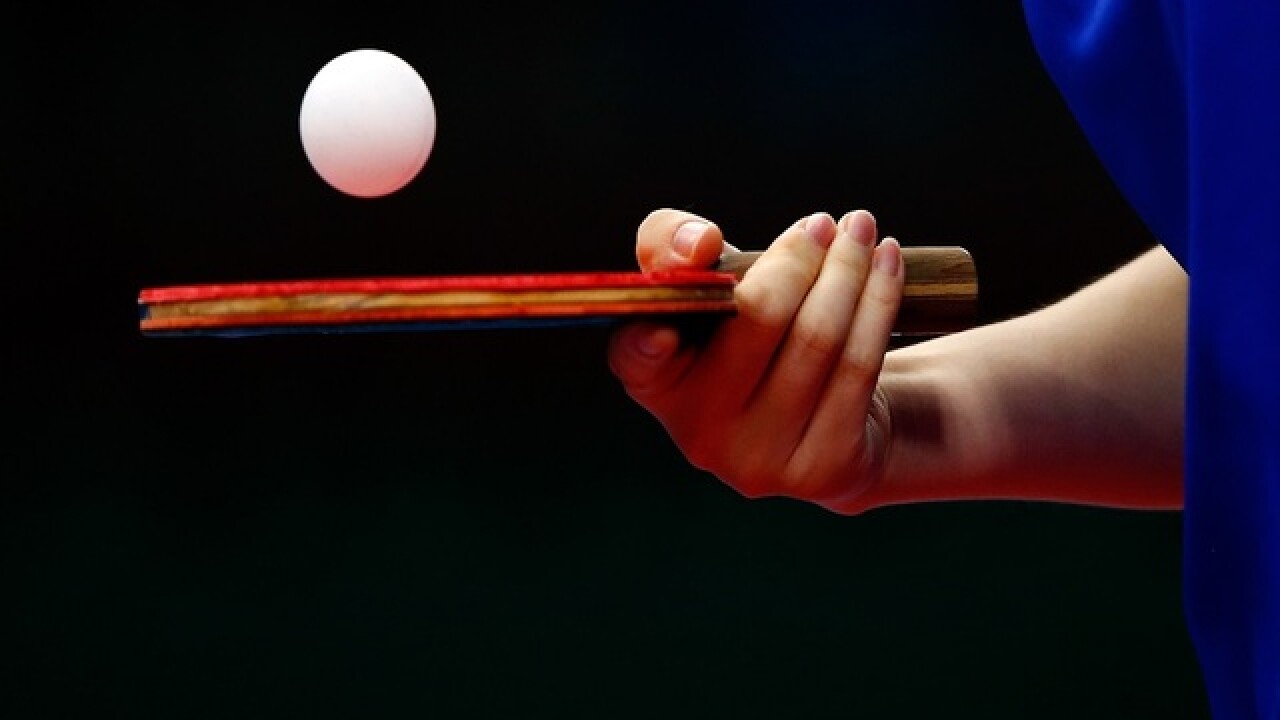 PHILADELPHIA (AP) — For the first time ever, the Women's Table Tennis World Cup is coming to the U.S. — bringing 20 top-ranked players from powerhouses as far afield as Singapore, Japan and Germany to Philadelphia.
"It's so cool, it's absolutely amazing," said Lily Zhang, one of two Americans competing. "I'm so excited that we can finally host the World Cup. That's huge, you know."
Stakes are high. After the Olympics, the World Cup is one of the most prestigious titles in ping pong, and winners will split a $150,000 prize pool.
"I really want to win," said Elizabeta Samara, 27, a Romanian player seeded 10th in the tournament. "Yes, I also want to enjoy, but enjoying not just for fun, you know?"
Among the competitors are Olympians, a 15-year-old from Japan, a Korean player coached by her mother since the age of six and eight players fresh to the tournament. They will be smashing ping pong balls at speeds of over 60 miles an hour. The players will be whittled down to one champion over six rounds and three days.
China has won every World Cup since the tournament began 20 years ago — but because of injuries — it won't be participating. That means a different country will now have the opportunity to snag the title.
"I expect everybody's level of all the countries to be very close," said Lily Yip, coach of the American team. "Maybe our U.S. team can win. You never know."
Table tennis has enjoyed an uptick in popularity over the past few decades, but recently, player numbers have been stagnating, dropping from over 19 million in 2010 to around 16.5 million last year, according to USA Table Tennis.
"Many Americans don't understand that ping pong is actually a very difficult, very high-level sport," said Yip. "They still think of it as a 'basement sport.'"
Tournament organizers are optimistic the World Cup will breathe new life into the game, proving it's worthy of more than just a casual round or two.
"I think that if we can pack this place, we'll have no choice but to bring this tournament back here," said Gordon Kaye, CEO of USA Table Tennis, one of the sponsors of the event.
Matches will be played over the weekend, with the final showdown scheduled for Sunday night.
Copyright 2016 The Associated Press. All rights reserved. This material may not be published, broadcast, rewritten or redistributed.