Woman dies after arm gets stuck in donation bin overnight 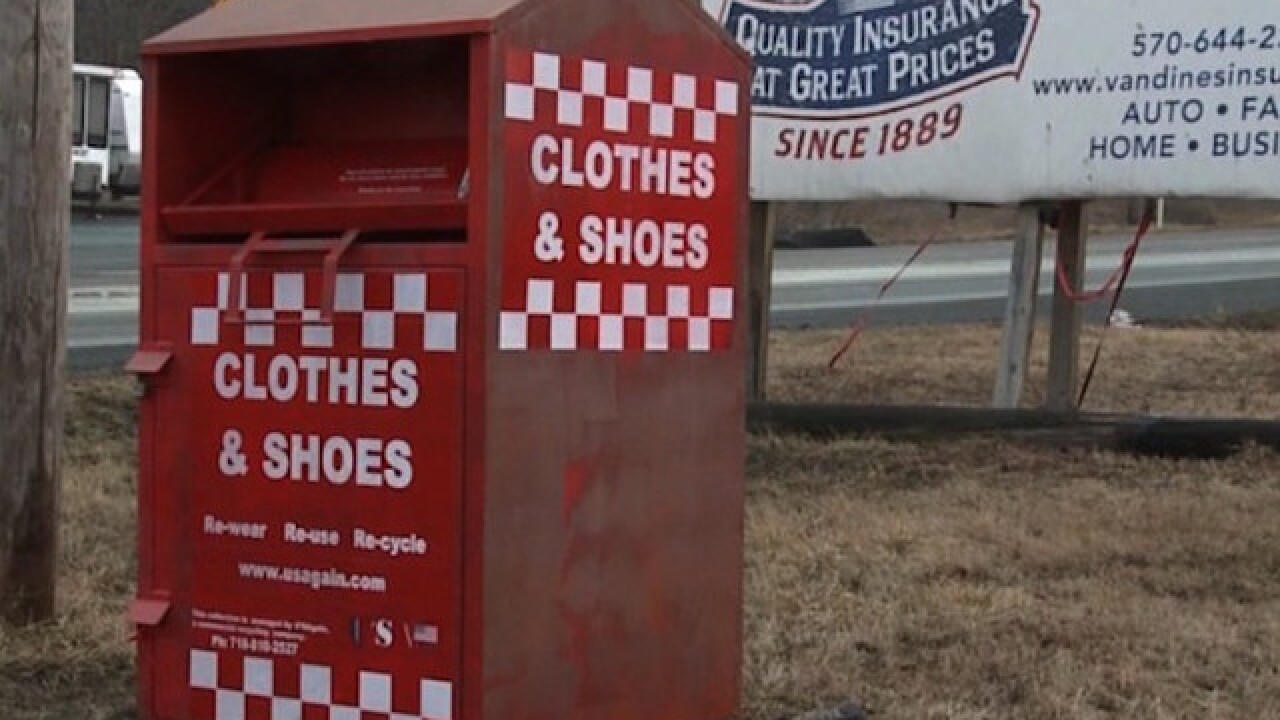 WNEP / CNN
<p>A clothing donation kiosk is seen near Mount Carmel, Pennsylvania. Judith Permar, 56, died in what's being described as an accident after her arm got stuck inside the kiosk overnight on Feb. 5, 2017.</p>

A woman died after her arm got stuck inside a clothing donation bin overnight on the side of a busy Pennsylvania road. Police said she may have been trying to steal items out of the bin when the tragic accident happened.

Judith Permar, 56, died in the early hours of Sunday morning, according to the Northumberland County coroner. Permar was found with her left arm wedged inside a bin located off of Pennsylvania Route 54 near Mount Carmel.

According to WNEP-TV, Permar's death was ruled an accident and was attributed to blunt trauma and possible hypothermia. On Sunday, the temperature in Mount Carmel, Pennsylvania dropped to 21 degrees, according to Weather Underground.

Investigators told the Associated Press that Permar was apparently standing on a step ladder, reaching into the bin in an attempt to steal items out of it.

"She was fishing bags out and the ladder she was standing on gave way and she couldn't get her hand loose," a Mount Carmel Township police official told the AP.

Permar's family told WNEP that she was a generous person who often donated clothing.

Watch below for more, including reaction from local people who drove by the bin on the night Permar died.