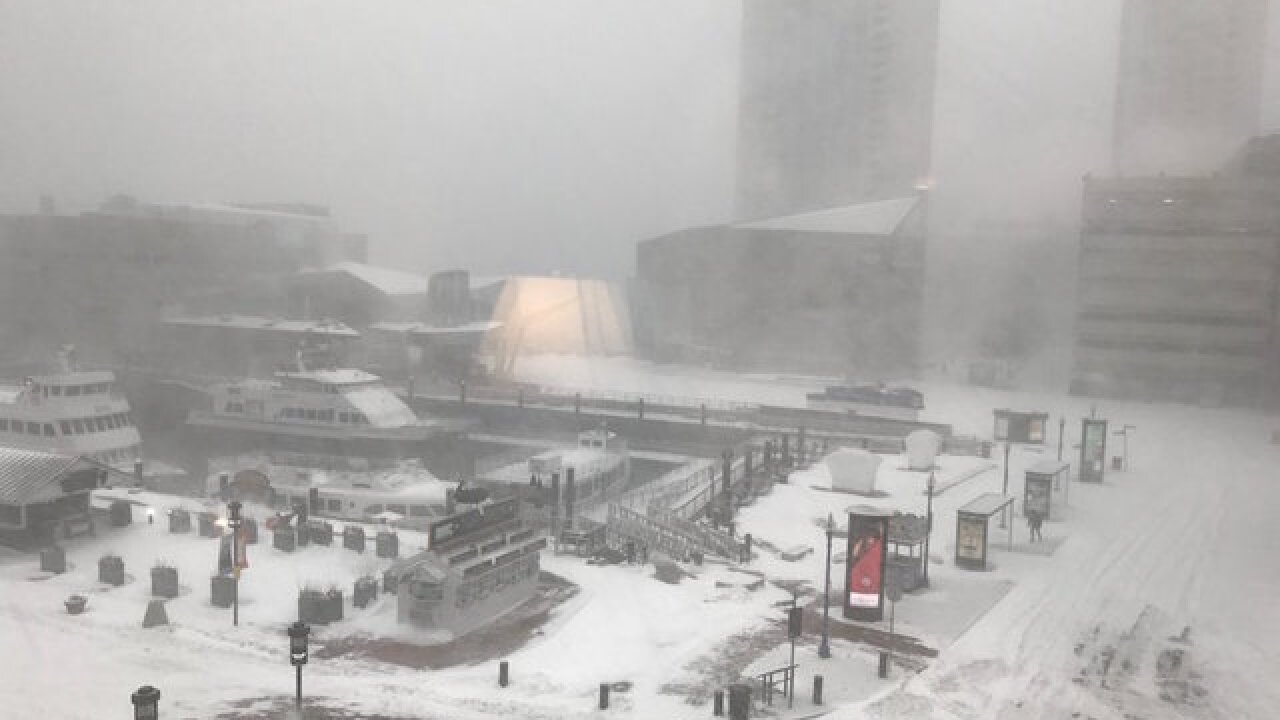 © 2017 Cable News Network, Inc.
Ann Roche/CNN
<p>The Northeast hunkered down Thursday for what looks to be the most significant storm of the season, with as much as a foot of snow of expected in some places as well as blizzard conditions. The city of Boston is pictured here covered in snow.</p>

(CNN) -- As the Northeast's biggest snowstorm of the season moves toward the Atlantic Ocean, gusty winds could create more drifting snow and travel issues for commuters Friday morning, meteorologists said.

A lake effect snow advisory has been issued for parts of upstate New York and is expected to last through Friday afternoon, the National Weather Service warns.

The eastern shores of Lake Ontario are no stranger to lake-effect snow, which forms when cold dry air passes over a relatively warm body of water.

In Boston, snowfall could continue into the weekend, and temperatures won't rise above freezing until Sunday, according to the National Weather Service.

But, more milder air is expected to push north toward the tail end of the weekend.

The West Coast was also grappling with severe weather this week. Rapid snow melt coupled with heavy rains in the Sierra Mountains has led to flooding in parts of Nevada and Southern California. The heavy downpour is expected to last through Saturday morning, meteorologists forecast.

Blizzard conditions and as much as a foot of snow in some places blanketed the Northeast earlier on Thursday.

The first snow-related death was reported in New York City when a doorman shoveling snow on the Upper East Side died after slipping and falling through a glass window, New York police said.

Miguel Gonzalez, 59, of Bridgeport, Connecticut, sustained cuts to his neck and face. He was pronounced dead at Metropolitan Hospital Center in Manhattan, according to the NYPD.

In the path of the storm, thousands of flights were canceled and public schools across New York, Boston and Philadelphia were closed on Thursday.

Philadelphia mostly "dodged a bullet," Mayor Jim Kenney said, as the city received just a couple of inches of snow.