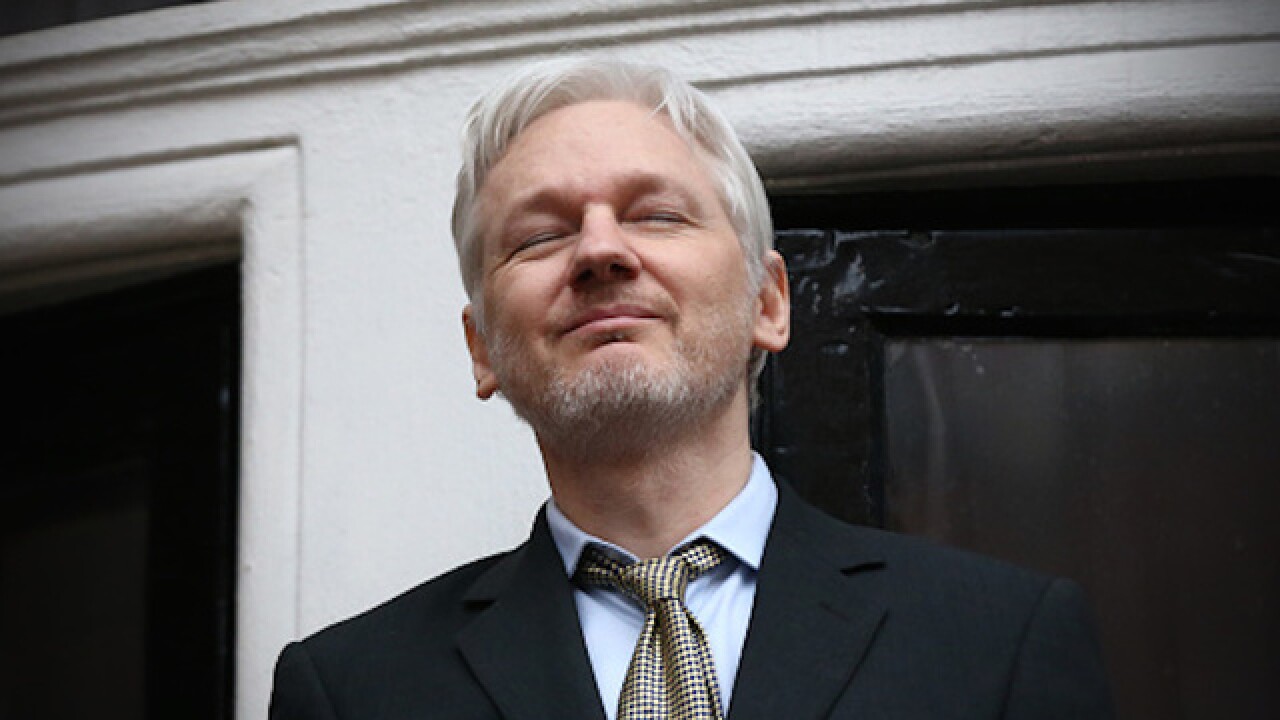 Copyright Getty Images
Carl Court
<p>LONDON, ENGLAND - FEBRUARY 05: Wikileaks founder Julian Assange squints in the sunlight as he prepares to speak from the balcony of the Ecuadorian embassy where he continues to seek asylum following an extradition request from Sweden in 2012, on February 5, 2016 in London, England. The United Nations Working Group on Arbitrary Detention has insisted that Mr Assange's detention should be brought to an end. (Photo by Carl Court/Getty Images)</p>

Wikileaks founder Julian Assange suggested on Dutch television on Tuesday that the murder of a DNC staffer did not stem from a robbery like authorities claim.

Assange is offering a $20,000 reward on information leading to an arrest involving the murder of 27-year-old Seth Rich.

According to local media reports, Rich was shot and killed on July 10 as he was walking home in the early morning hours. Police considered the homicide as part of a robbery attempt, although there were no witnesses.

Less than two weeks after Rich was killed, internal Democratic Party emails were distributed from Wikileaks. The emails showed a bias against Hillary Clinton's chief rival for the party's presidential nomination Bernie Sanders.

While Assange would not confirm whether Rich was a Wikileaks source, he did hint there was more to his murder than an ordinary robbery.

"Whistleblowers often take very significant efforts to bring us material and often at very significant risks," Assange said on Nieuwsuu r"There is no finding (it was a robbery)... Our sources take risks."

"We have to understand how high the stakes are in the United States, and our sources take significant risks, that is why they come to us so we can protect their anonymity," Assange added.