Why President Trump's travel ban could survive the courts 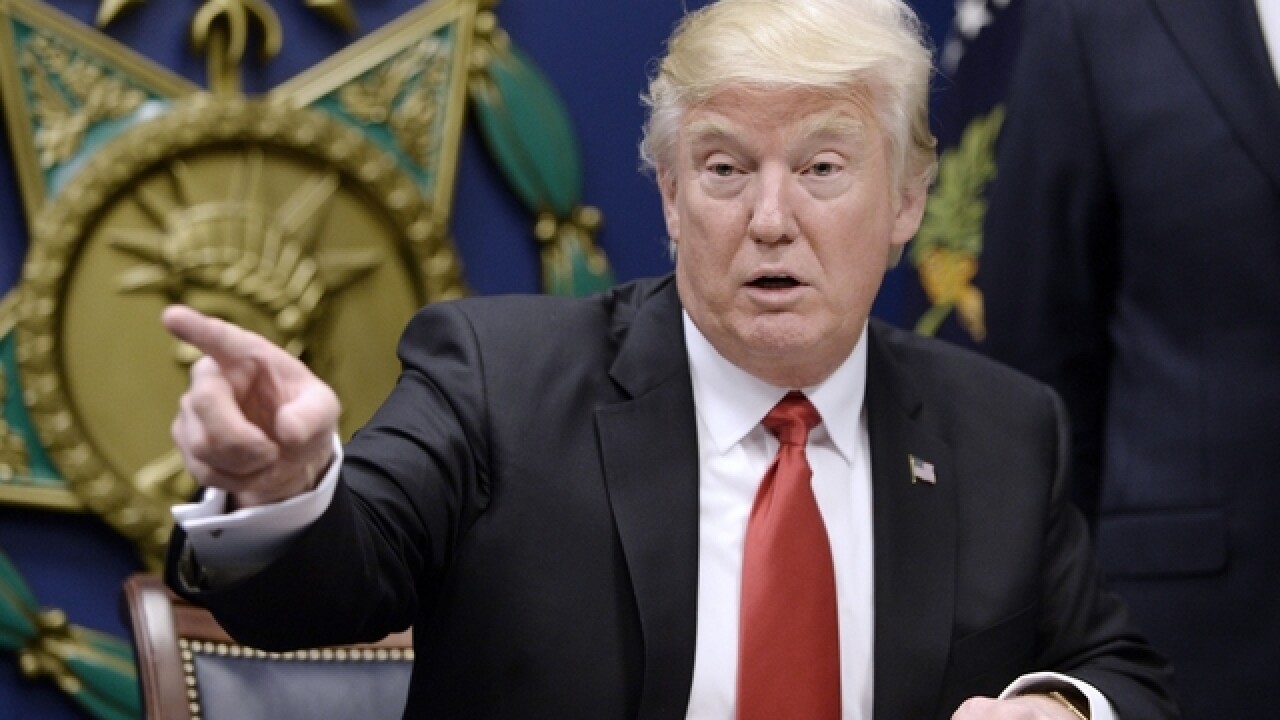 The order woke up many on the left. Hours after Trump signed the order, thousands descended upon airports across the country in support of travelers detained by border agents. They decried the orders as unconstitutional and un-American.

Meanwhile, many on the right applauded the ban, calling it a step necessary to protect the country from radical Islamic terrorism and pointing out that presidents in the past had imposed similar bans in the interest of national security.

So, where do Trump’s orders actually stand? Are they a thinly disguised and unconstitutional religious ban? Or is it a difficult but necessary step to protect Americans from terror?

As is often the case, most experts agree that the orders fall somewhere in the middle.

“One the whole, I think the president’s executive orders are legal and they’re constitutional,” said Dr. Mark C. Smith, a professor of political science at Cedarville University. “That doesn’t make them smart policy or good policy, but I think it means they’re tolerable according to the law.”

Precedent decades in the making

According to Smith, Congress and the legislative branch have final say when it comes to setting immigration and trade standards with foreign countries. But through the years, Congress has acquiesced and slowly given those powers to the President — beginning with Franklin Roosevelt’s administration in the 1930s.

In the midst of the 1930s Chaco Wars in South America, Roosevelt ordered that the sale of arms be suspended to both sides in the conflict in the hopes of achieving peace. Congress passed a joint resolution upholding the president’s order, but that didn’t stop the Curtiss-Wright Export Corporation from selling guns to countries involved in the conflict, arguing it was unconstitutional for the president himself to shut down trade.

Ultimately, the Supreme Court sided with Roosevelt, expanding the President’s power for administrations to come.

“(Congress) defers to the president. The president can choose to use the power or not use the power. On the whole, the Supreme Court has signed off on that kind of difference,” Smith said.

Past presidents have certainly taken advantage of these new powers — in particular, President Obama, who tried to used executive orders to initiate immigration reform. The Deferred Action for Childhood Arrivals, or DACA, was signed as an executive order.

“As a general view, President Obama’s use of executive authority has really opened the door for Donald Trump,” Smith said. “I think in general terms, Obama was willing to use executive authority when he needed to, and I think that’s put Trump in this position to be able to do the same thing.”

“Off the top of my head, I don’t think the county is any safer. I don’t it’s any worse off or more vulnerable,” says Glen Duerr, an Assistant Professor of International Studies at Cedarville.

According to Duerr, Trump’s order does make it easier for those most heavily persecuted by ISIS — Christians and Yazidis — to enter the United States. Trump’s order gives refugee preference to religious minorities in the seven Muslim-majority countries.

But according to many experts, including Smith, what is holding the executive order back is that it is both over and under inclusive.

To Duerr, Trump’s orders are over inclusive because it is swinging the pendulum away from liberty and more toward security. Translators who have assisted the US military in the Middle East were initially barred from entering the country. An infant needing life-saving surgery was forced to wait a week before a judge temporarily halted Trump’s ban. There was initially confusion as to whether immigrants already in possession of green cards would be able to enter the country.

“I don’t think it’s a complete violation of liberties and I don’t think liberties as a whole are under major threat,” Duerr said. “But ...The optics are not good. He will need policy achievements in order to swing (the pendulum between security and liberty) back (toward the center).

“It’s a very, very delicate balance, one that he has to get right.”

Trump’s orders are also over inclusive because the seven countries included in the ban — Iran, Iraq, Libya, Somalia, Sudan, Syria and Yemen — have “limited linkage to terrorism directly,” in the West Duerr says. Though attacks have been attempted by people with Somali and Iraqi origin in the United States, no American has been killed in an act of terror by immigrants or refugees of the seven countries since Sept. 11, 2001.

In this way, experts say the president’s travel ban is also under inclusive. It doesn’t address countries like Saudi Arabia — a country that is an ally to the United States, but country that also has a history of exporting terrorists, including 15 of the 19 hijackers involved in the Sept. 11 attacks.

It also doesn’t address the threat posed by homegrown terrorists, who have conducted the vast majority of terror attacks in America over the past two years. Two of the most deadly ISIS-inspired terror attacks to take place in America  — the Pulse nightclub shooting in Orlando, and the shootings in San Bernardino, Calif — were almost entirely carried out people born and raised in the United States.

(Tafsheen Malik, the wife of San Bernardino attacker Syed Rizwan Farook, was born in Pakistan, grew up in Saudi Arabia and came to the US on a fiancee visa. She would be free to enter the country under Trump’s order.)

According to Duerr, Trump’s order could have the chilling long-term effect of aiding in ISIS recruitment. While there is no proof yet that the Islamic State is using the president’s ban for recruitment purposes, a perceived Muslim ban could have a chilling effect on those prone to being recruited into extremism.

“The danger in the long term is aiding the recruitment for the Islamic State,” Duerr said. They’ll see in a president that’s kind of pushing back someone that might create the condition of animus that will allow for better recruiting.”

The legal battle over Trump’s policy has already begun. A New York judge issued a temporary stay of the order just hours after it was signed by the president. A judge in Boston refused to extend a restraining order that temporarily halted Trump’s ban. But Trump suffered a major loss last Friday , when Federal Circuit Court Judge James Robart’s ruling temporarily blocked the travel ban nationwide.

The Trump administration has filed its own appeal, but the order’s legality will likely be decided by the Supreme Court in the coming months.

“Hopefully, it will get sorted out relatively quickly. These decisions are affecting real people in real circumstances that are suffering at one level or another because of what the president has done,” Smith said.