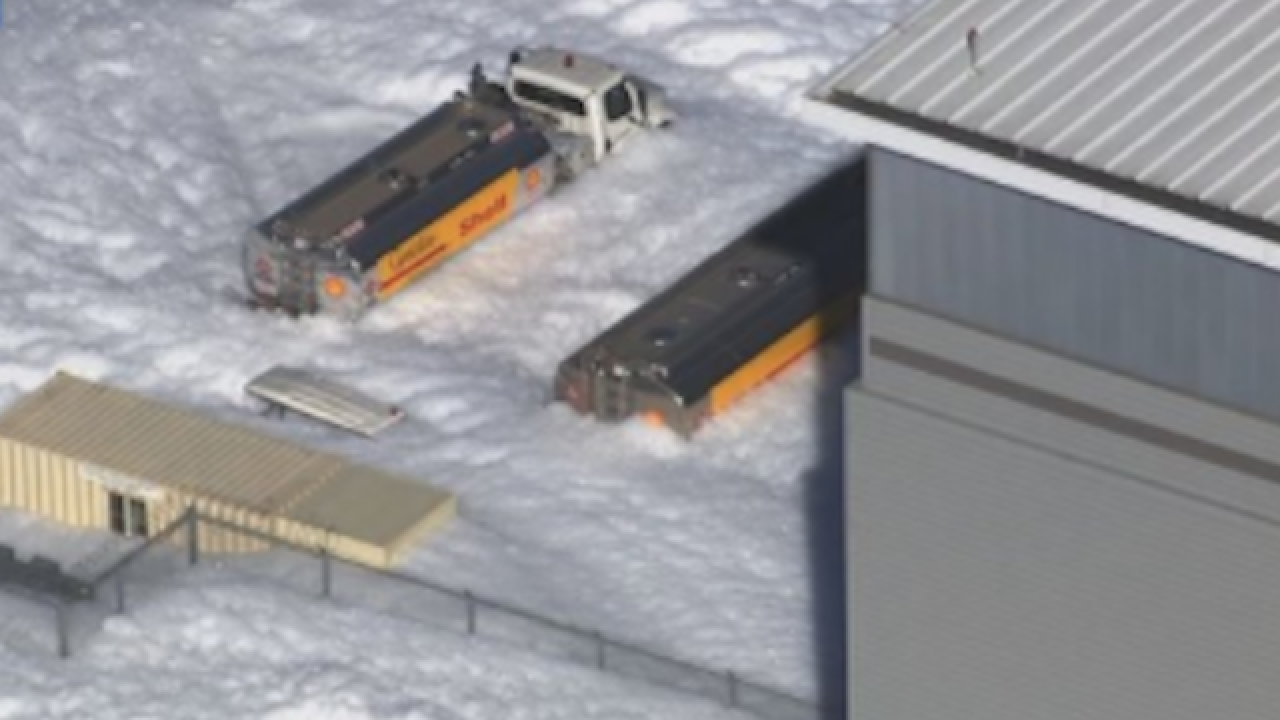 A giant blob of white foam has leaked out of California airplane hangar and onto nearby streets.

The cloud-like foam appears to be leaking from an airplane hangar at the Mineta San Jose International Airport. KRON-TV reports that foam is spilling out of the hangar owned by a company called Signature Flight Support.

The foam is believed to be part of a fire-fighting system, likely caused by a mechanical malfunction. No damage or injuries have been reported.

Some in the are have taken advantage by running into the foam or riding bikes through it. This, despite a warning from the San Jose fire department to not enter the foam because the substance is a known carcinogen.

This guy rode his bike into the blob #sports pic.twitter.com/fmRr3plkLm

Follow along with the latest via a live stream from WKBW.