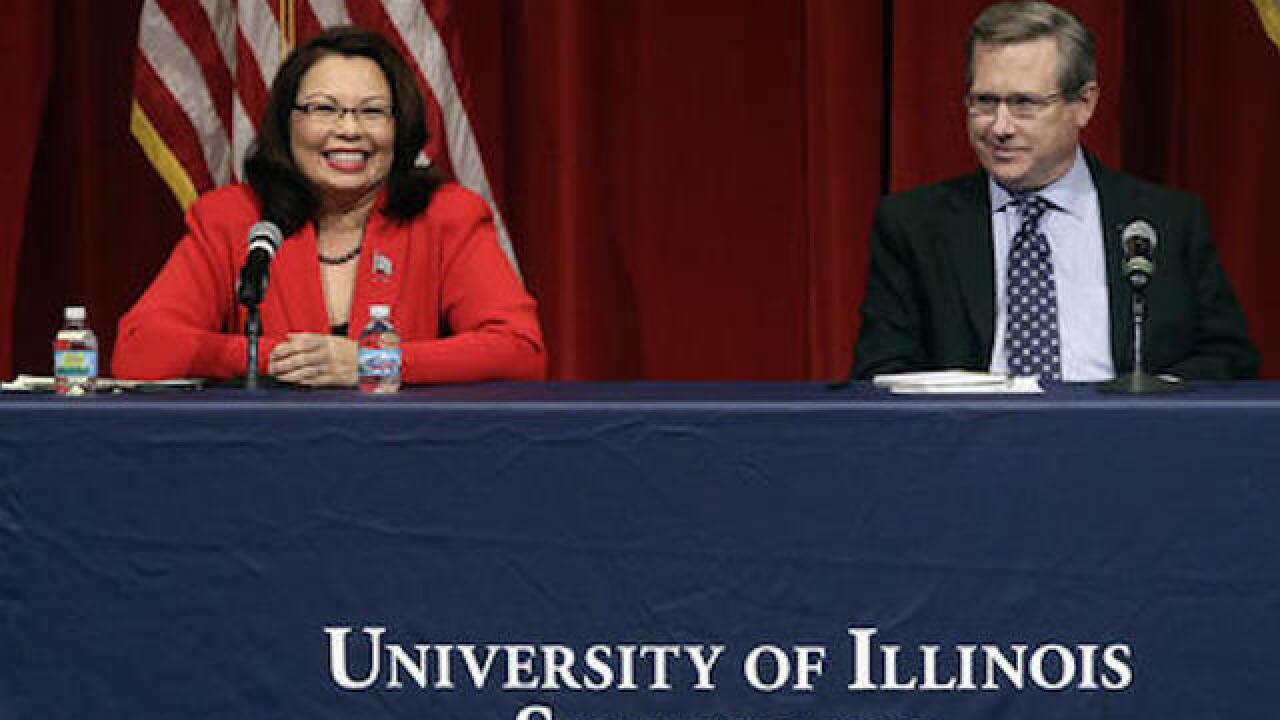 The comment came Thursday evening during the first televised debate between Kirk and U.S. Rep. Tammy Duckworth, at the University of Illinois in Springfield. The Illinois Senate contest is one of a handful of races that could determine which party controls the chamber next year.

Duckworth, an Iraq War veteran, was born in Bangkok and her mother is Thai. The congresswoman said her family has "served this nation in uniform going back to the Revolution."

Kirk responded: "I had forgotten your parents came all of the way from Thailand to serve George Washington."

The remark was greeted mostly by silence in the auditorium, and the Democratic Senatorial Campaign Committee immediately called the comment offensive and said Kirk should apologize.

Duckworth, the first Asian-American congresswoman from Illinois, later tweeted a photo of herself with her parents, including her father in uniform displaying his medals. Her tweet says: "My mom is an immigrant and my dad and his family have served this nation in uniform since the Revolution."

After the debate, Kirk spokesman Kevin Artl said the senator has called Duckworth "a war hero in his commercials and he commends her family's service."

Kirk, a first-term senator from Highland Park, is seen as one of the Senate's most vulnerable Republican incumbents, and Democrats consider Duckworth's success on Election Day one of the keys to reclaiming a majority in the chamber. Duckworth has a comfortable lead in the most recent polls, but Kirk says the race is closer than people think.