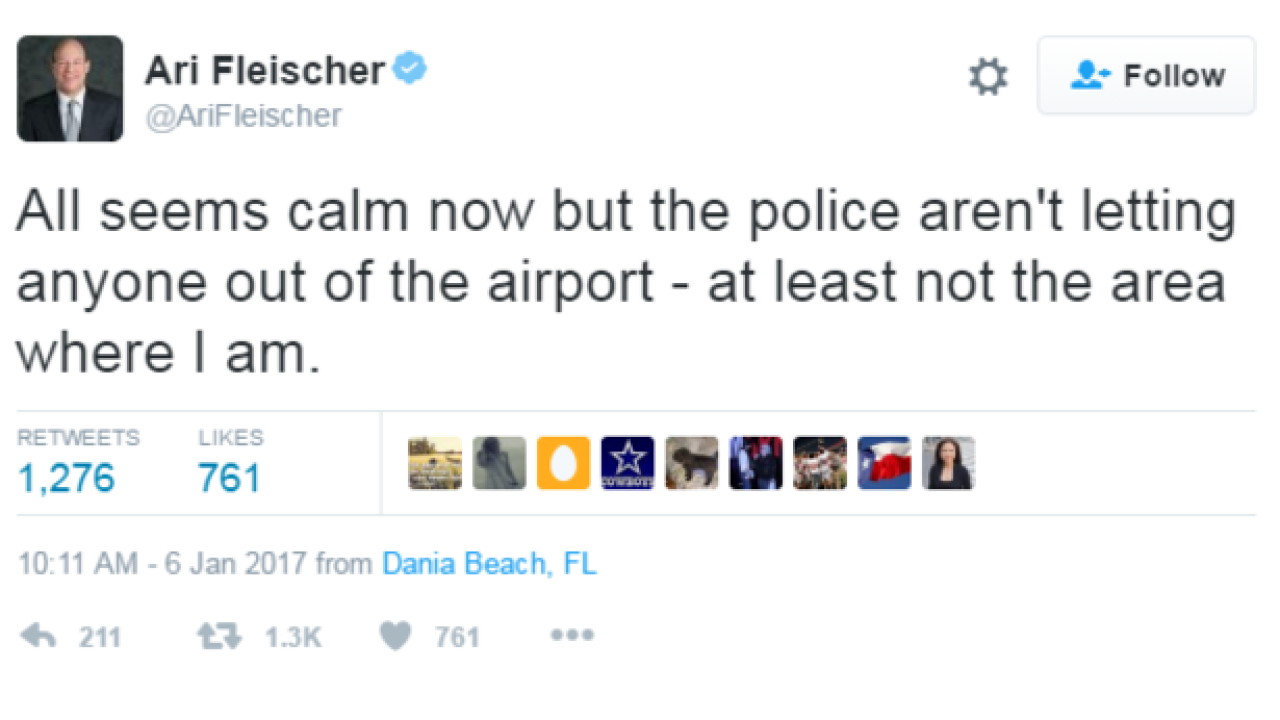 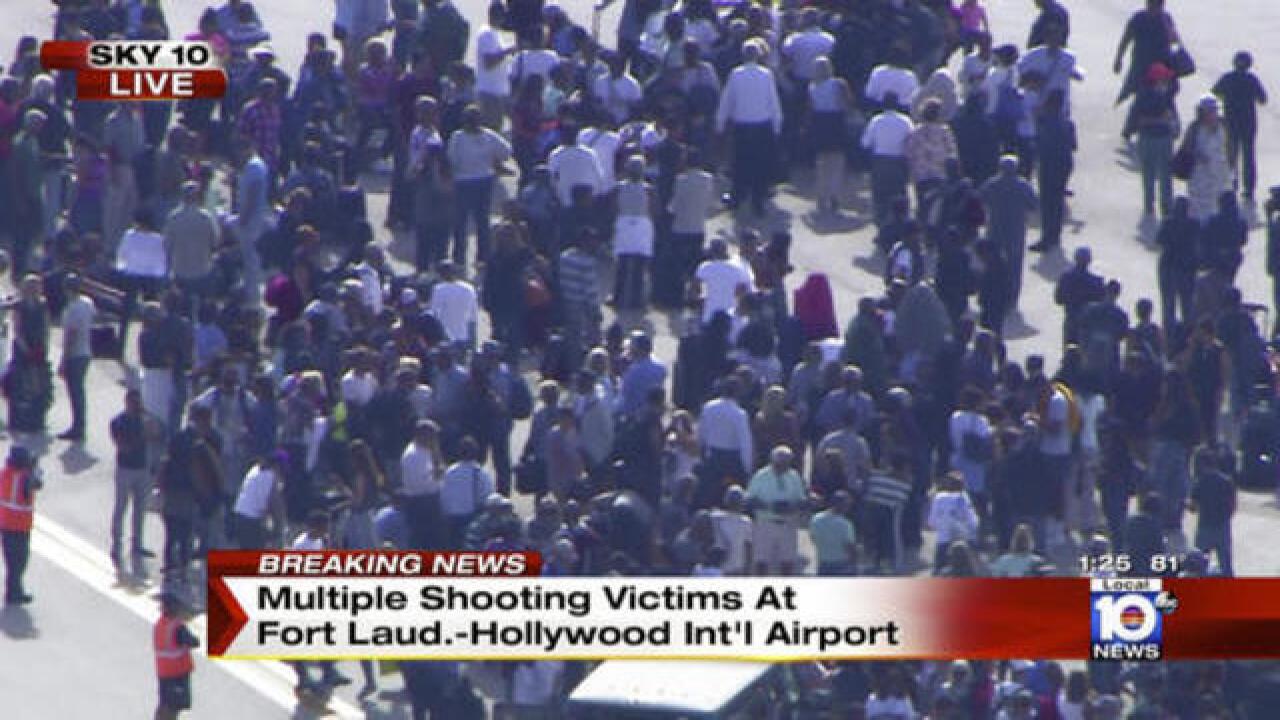 Multiple people are dead after a shooting at Fort Lauderdale International Airport in Florida, according to Broward County Sheriff's Office.

Among the initial reports that began streaming in Friday morning were Tweets from former White House press secretary Ari Fleischer.

I'm at the Ft. Lauderdale Airport. Shots have been fired. Everyone is running.

The former press secretary under George W. Bush Tweeted live updates, as travelers ran for cover through the chaotic scene.

The police said there is one shooter and five victims.

All seems calm now but the police aren't letting anyone out of the airport - at least not the area where I am.