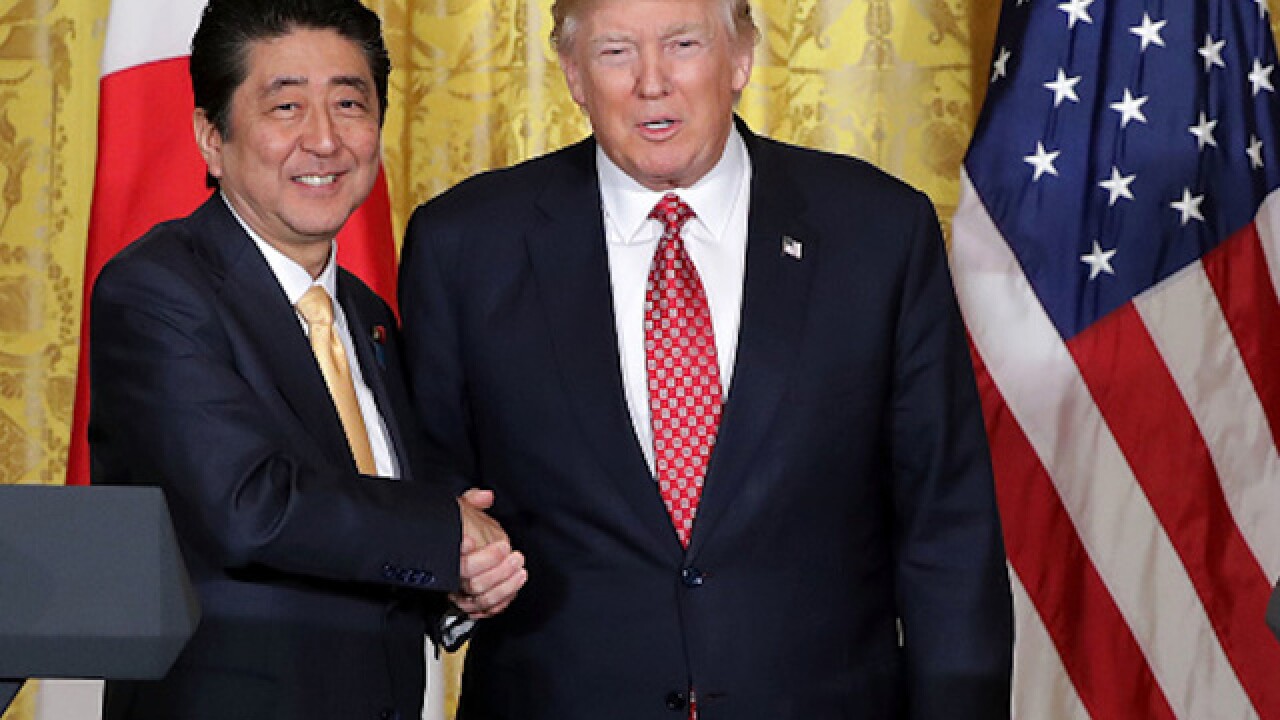 President Donald Trump's patio strategy session at Mar-a-Lago on Saturday evening is drawing scrutiny for its open-air nature, including aides' use of cell phone flashlights to illuminate potentially sensitive documents.

Sources who don't work in national security or government but were also dining on the patio Saturday evening couldn't say whether the conversations or documents were classified. The White House didn't respond to a request for information about how sensitive information is treated at Trump's Florida estate.

But the episode -- which was documented by diners in photographs on Facebook -- does raise questions about how the Trump administration will handle foreign policy crises on the road.

Presidents always travel with secure communications equipment, even when they're on vacation. A Sensitive Compartmented Information Facility, known as a SCIFF, also comes along. The tent-like structure can fit inside a hotel room and allows a president to conduct sensitive phone calls without the risk of being detected by recording devices.

At Mar-a-Lago on Saturday, it was not clear whether Trump utilized any of that equipment. He was spotted speaking on a cell phone at his dinner table as advisers surrounded him to develop a response to the missile launch. Sheets of paper were produced and read with the assistance of flashlights on aides' cell phones -- which, if compromised, could also act as cameras or recording devices.

On Facebook, fellow diners posted photos of the action, including one with a flash bulb illuminating a piece of paper held in front of Abe.

"It was fascinating to watch the flurry of activity at dinner when the news came that North Korea had launched a missile in the direction of Japan," Richard DeAgazio wrote in his post. "The Prime Minister Abe of Japan huddles with his staff and the President is on the phone with Washington DC. the two world leaders then conferred and then went into another room for hastily arranged press conference. Wow.....the center of the action!!!"

DeAgazio told The Washington Post in an interview he couldn't overhear what was being said due to the background noise.

"You don't hear anything. You can't hear," DeAgazio said. "I mean, I can barely hear what's going on at my table."

Below DeAgazio's pictures, other diners chimed in.

"OMG. I was watching very close by. Had no idea what it was about," wrote Derek Smith.

"We should have known something was up," wrote another person, Bruce Taylor, who said he was on the Mar-a-Lago patio Saturday night. "Debbie and I were seated on 'center stage' by the door. The flurry of activity was amazing. About 6 guys in suits showed up in a hurry. They all had backpacks with something important inside. I saw one guy with a special backpack that could only have contained a small machine gun! The Army guy with 'the football' was staying VERY close."