Trump wants to cancel order for new Air Force One 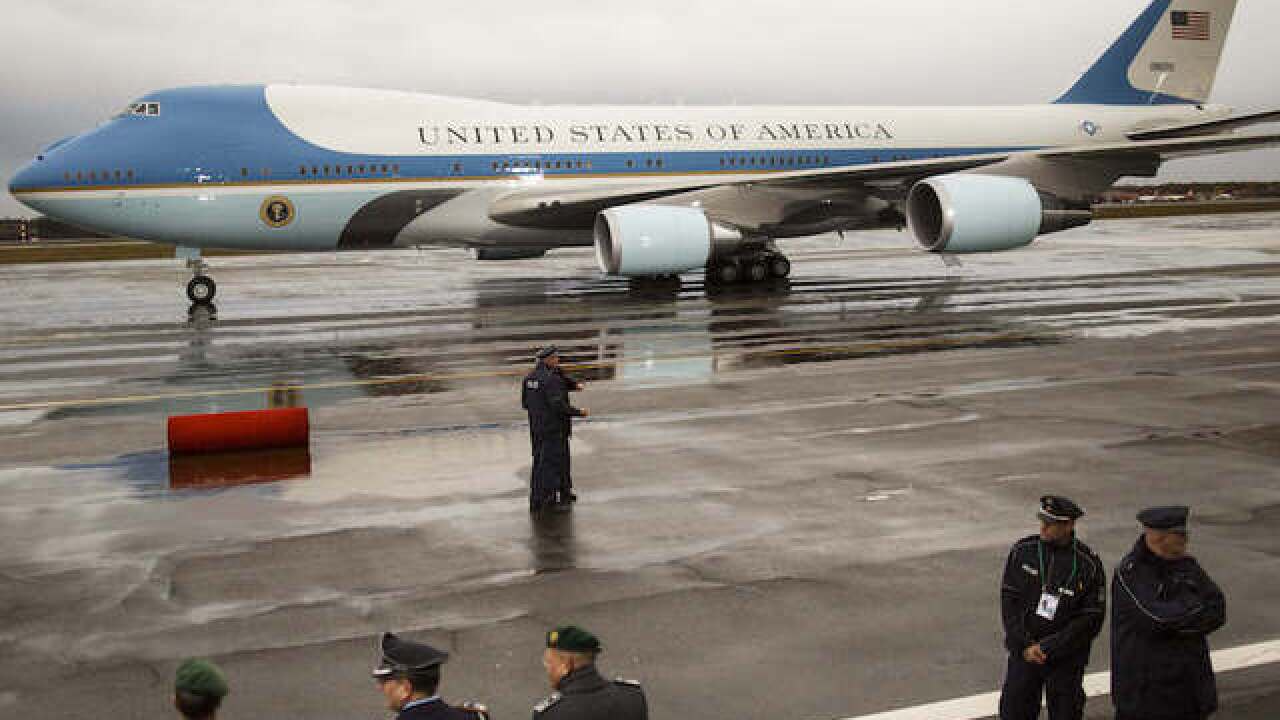 Copyright Getty Images
Carsten Koall
<p>BERLIN, GERMANY - NOVEMBER 18: A red carped is rolled out for U.S. President Barack Obama boarding Air Force One as he departs following talks with European leaders on November 18, 2016 in Berlin, Germany. Obama is on his last trip to Europe as U.S. President. (Photo by Carsten Koall/Getty Images)</p>

The president-elect said in a tweet early Tuesday that the new Boeing 747 jet that's being built to carry "future presidents" already costs more than $4 billion, and that he wants to cancel the order.

"Boeing is building a brand new 747 Air Force One for future presidents, but costs are out of control, more than $4 billion. Cancel order!"

The new Air Force One would be a 747-8, rather than the 747-200 which is now in use by President Obama. It has a longer range, can travel faster with a heavier maximum takeoff weight and it gets better fuel economy.

Boeing, which is the nation's largest exporter, has built the plane used by every president since Franklin Roosevelt. The company released a statement on Twitter.