Trump to judges: Even a 'bad high school student' would rule in my favor 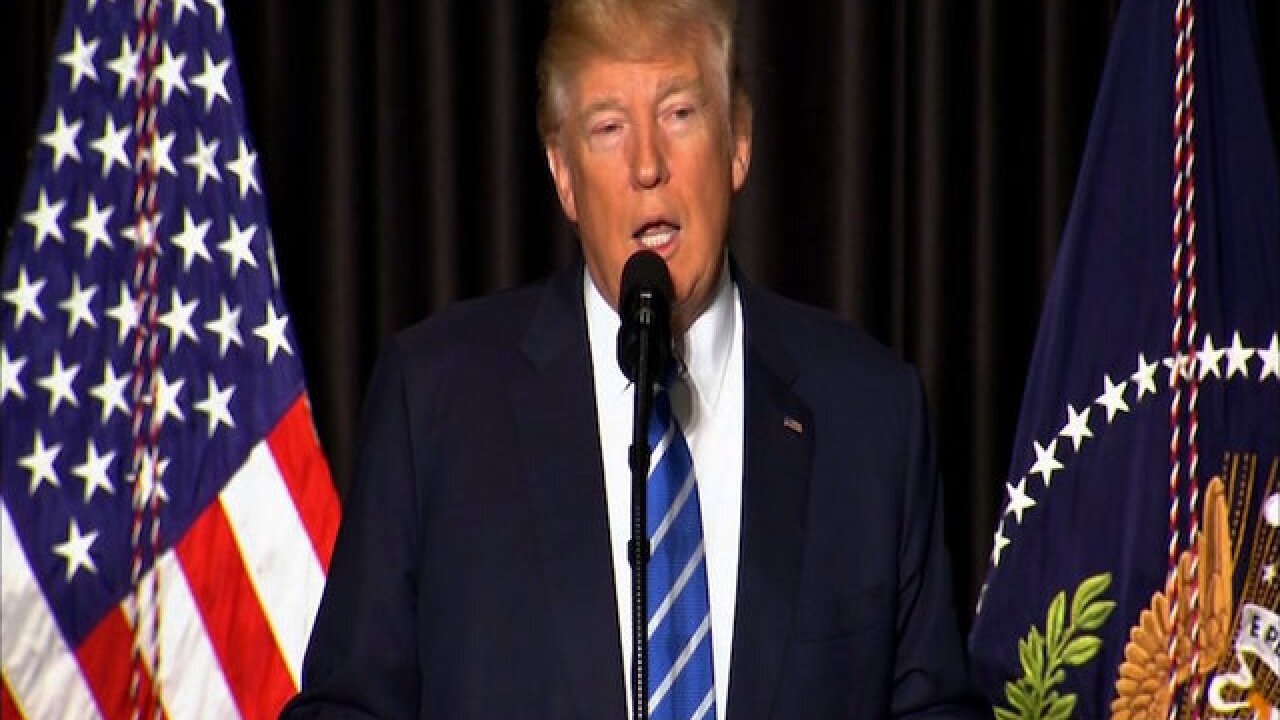 WASHINGTON (CNN) -- President Donald Trump harshly criticized arguments against his temporary travel ban on Wednesday, discounting a legal challenge to the order as anti-security and lambasting the federal judicial system that's weighing it as overtly political.

Seeking to lend his own legal argument for the order banning travel from certain Muslim-majority countries, Trump insisted that US president's have wide authority to determine who may enter the United States.

As he read from US immigration law, the President declared that even a "bad high school student" could understand the language and find in his favor.

"I think it's sad. I think it's a sad day," Trump told a group of major city police officers and sheriffs in Washington.

On Tuesday evening, a federal appeals court heard arguments in the legal battle over the travel ban. The California-based 9th Circuit Court of Appeals will decide soon whether to reinstate the executive order. Until then, his order that temporarily bars all refugees from entering the country, and all immigration from Iran, Iraq, Libya, Somalia, Sudan, Syria and Yemen, is halted.

"I watched last night in amazement and I heard things that I couldn't believe, things that really had nothing to do with what I just read," Trump said during his event Wednesday morning in Washington.

He even offered criticism for his own Justice Department defense, saying: "I listened to lawyers on both sides last night and they were talking about things that had nothing to do with it."

"I listened to a bunch of stuff last night on television that was disgraceful," Trump continued, bemoaning courts he said "seem to be so political."

But the President dismissed claims that he overstepped his bounds as ignorant misreading of the law.

"I was a good student. I comprehend very well, OK, better than I think almost anybody," Trump said. "It can't be written any plainer or better."

Trump said his executive order was "written beautifully" and fully within the bounds of US statute.

And he claimed that national security professionals told him he couldn't preview the order before it went into effect since it would led to terrorists "pouring" into the country.