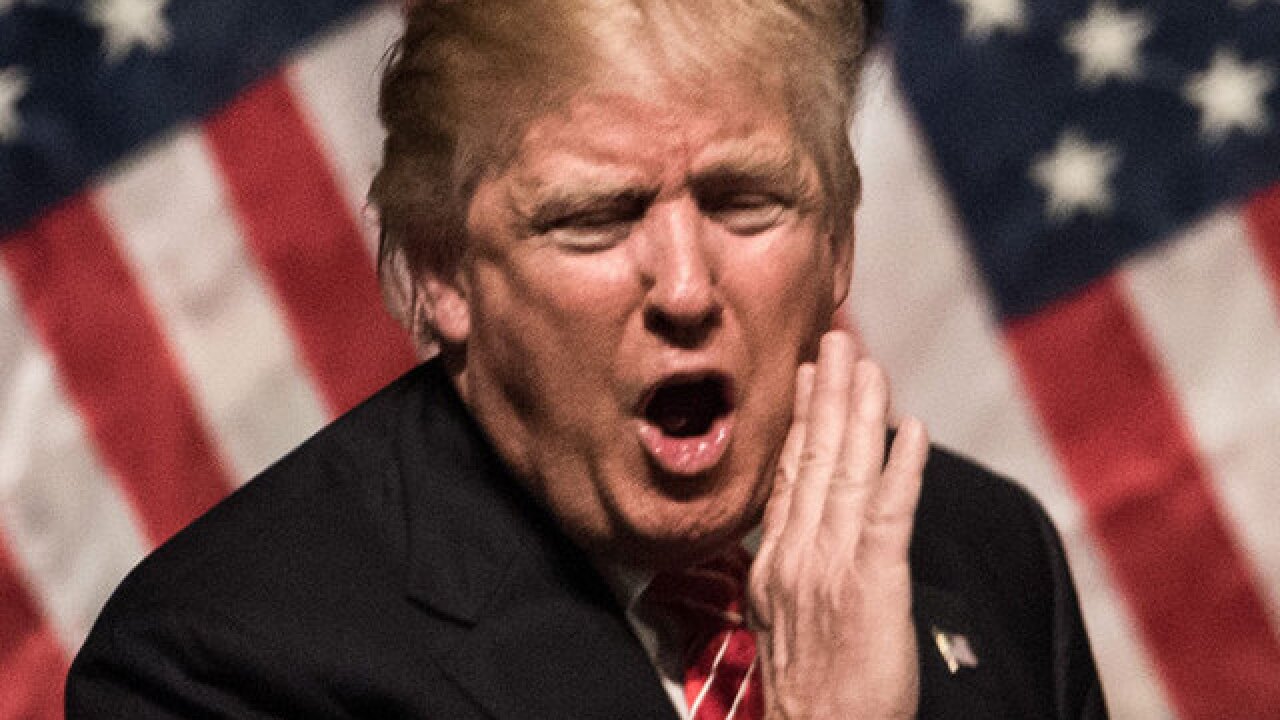 <p>Republican presidential candidate Donald Trump yells into the crowd at the conclusion of a campaign rally at Lenoir-Rhyne University on March 14, 2016, in Hickory, N.C. (Photo by Sean Rayford/Getty Images)</p>

WASHINGTON (AP) — Donald Trump is doing what he does best: Threatening a lawsuit — this time, challenging the way delegates are awarded in Louisiana.

The Republican front-runner took to Twitter Sunday to complain that he won the most votes in the state's primary, but could emerge with fewer delegates than rival Cruz. "Lawsuit coming," he wrote.

Trump's campaign spokeswoman didn't immediately respond to questions about the grounds on which Trump might sue.

Trump won 41 percent of the Louisiana's votes to Cruz's 38 percent. Each had 18 committed delegates after the primary. But 10 additional delegates remain uncommitted and are free to support whomever they want.

Trump has threatened several lawsuits since launching his campaign which have never materialized, including one questioning Cruz's eligibility to run because of his Canadian birth.