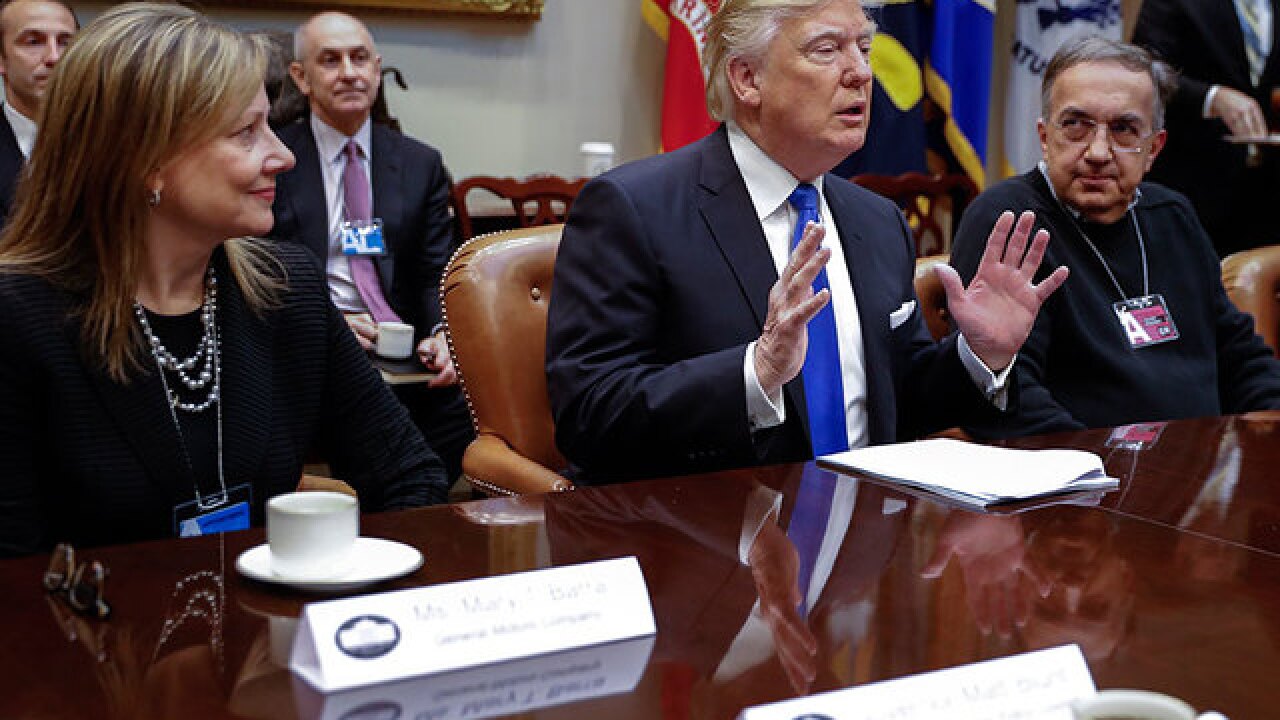 Trump invited GM CEO Mary Barra, Ford CEO Mark Fields and Fiat Chrysler CEO Sergio Marchionne for breakfast in the West Wing. It lasted about an hour and marked the first meeting between with the Big Three CEOs at the White House since July 2011.

The president blamed a bureaucratic permitting process for a loss of jobs and investment, but vowed that would change going forward.

“I have friends that want to build in the United States,” Trump said, “They go many, many years and they can’t get their environmental permits over something that nobody ever heard of before. And I am, to a large extent, an environmentalist, but it’s out of control.”

After the meeting, the CEOs met briefly with reporters outside the White House and pledged cooperation with the new administration going forward.

“I think as an industry, we’re excited about working together with the president and his administration on tax policies, on regulation and on trade to create a renaissance on American manufacturing,” Ford’s Mark Fields said.

GM’s Mary Barra expressed optimism after meeting with the president, saying, “We can improve the environment, improve safety and improve the jobs creation and competitive manufacturing.”