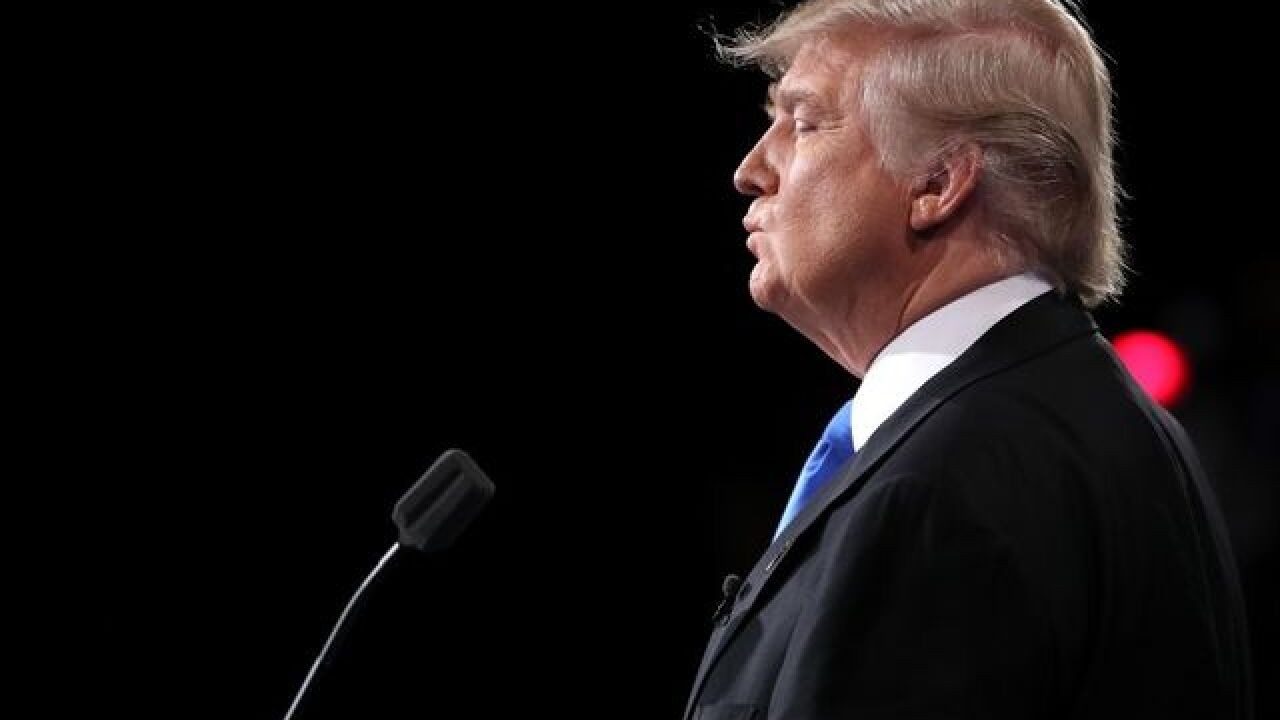 During a meeting with reporters and editors of the New York Times on Tuesday, President-elect Donald Trump appeared to be open to compromise on a number of the issues he raised throughout his campaign.

Per tweets from Times reporters in the room with Trump, the President-elect conceded that humans may have had a hand in climate change, reiterated that his administration would not seek charges against political rival Hillary Clinton and appeared to back off claims that he would “open up libel laws” against journalists.

Trump also formally disavowed support from the alt-right and hate groups that seem to have been emboldened by his win.

“Of course I disavow and condemn them,” he said, according to Times reporters in the room.

Trump also addressed concerns about his top adviser, Steve Bannon, the former CEO of Breitbart — a conservative news website that is said to be a platform for the alt-right.

“If I thought he was a racist or alt-right or any of the things, the terms we could use, I wouldn't even think about hiring him," he said.

As for Breitbart itself, Trump called the website “just a publication.”

Trump is asked about concerns from minority groups about Breitbart News’s coverage under Steve Bannon. His reply: pic.twitter.com/FBqCGwQpBr

Part of the hour-long meeting between the President-elect and the nation’s second-largest newspaper was spent discussing climate change. In the past, Trump has tweeted that global warming is a hoax perpetuated by the Chinese. But on Tuesday, Trump seemed to backtrack from his older tweets.

“I think there is some connectivity. Some, something. It depends on how much," he said, according to Times reporters.

Trump implied that the economy would come first, saying that he is keeping in mind “how much it would cost our companies.”

Does Trump think human activity is linked to climate change? “I think there is some connectivity. Some, something. It depends on how much."

Hours after a Trump aide said that his administration would not seek charges against Hillary Clinton, the President-elect confirmed those sentiments in his own words.

“It’s just not something I feel very strongly about,” he said. “I don’t want to hurt the Clintons, I really don’t. She went through a lot and suffered greatly in many different ways.”

During a nationally televised debate, Trump said he would appoint a special prosecutor to look into Clinton’s use of a private email server during her time as Secretary of State.

Trump is pressed if he has definitively ruled out prosecuting Hillary Clinton. “It’s just not something that I feel very strongly about."

Trump began the meeting by expressing his disappointment with the coverage he has received by the Times throughout his campaign.

“I think I have been treated very rough,” he said, according to Times reporters. “I will says (coverage by) the Times is the roughest of all.”

Trump went on to say that while he feels unfairly treated, he hopes to improve his relationship with the paper.

Trump is speaking in measured, quiet tones. “I will say the Times is about the roughest of all,” he says of NYT’s coverage of his campaign.

Trump’s meeting with the Times came hours after he tweeted that the meeting had been cancelled after the times “changed the terms of the meeting.” The Times refuted the claims in a story published Tuesday morning.