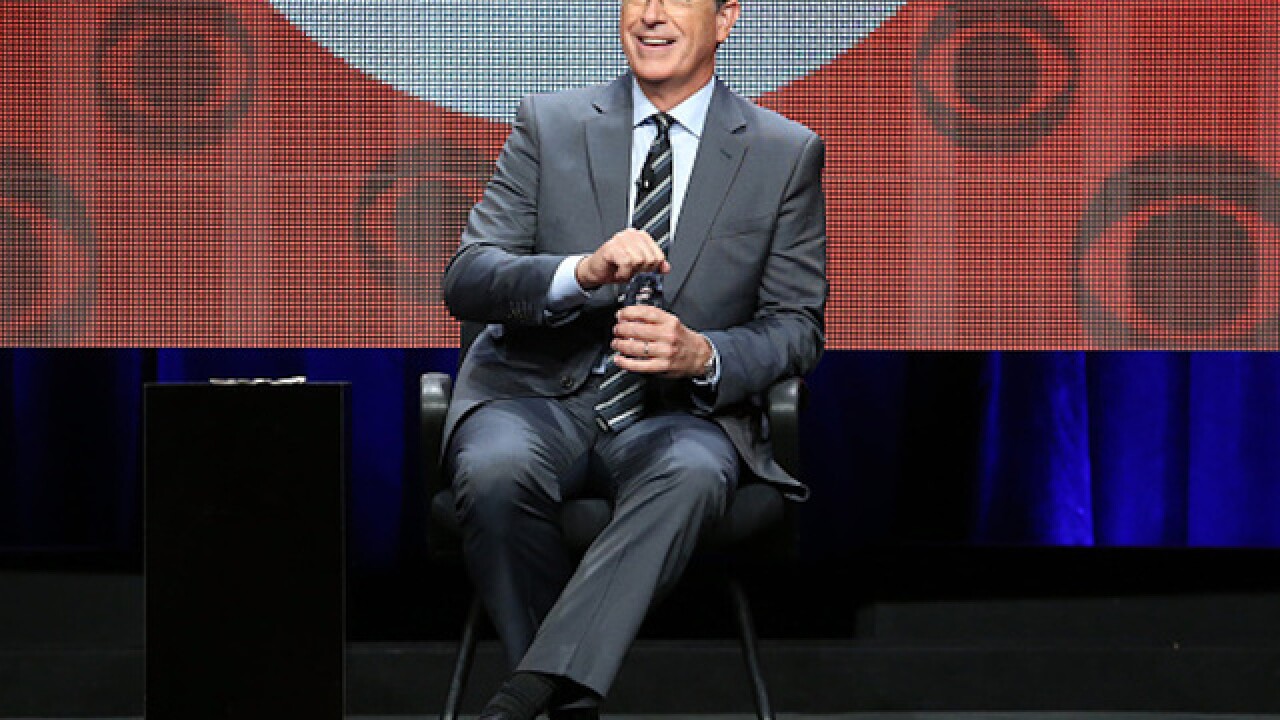 Stephen Colbert beat Jimmy Fallon last week, and he may have Donald Trump to thank for it.

Colbert's "The Late Show" beat Fallon's "The Tonight Show" in viewership last week for the first time since Colbert's show's premiere week in September of 2015.

The victory was by the thinnest of margins. Colbert edged out Fallon with a weekly average of 2.77 million viewers to Fallon's 2.75 million. In third place, not far behind, was "Jimmy Kimmel Live," which nabbed 2.05 million viewers.

Though Colbert took the lead in overall viewership, Fallon still held a sizable lead for the week with those aged 18 to 49 years old -- the demographic most prized by advertisers.

Colbert's viewership win last week is notable because Fallon has been the king of late night ratings for much of his run on "The Tonight Show."

It may also be a signal that Colbert's latest turn toward more political fare -- and, specifically, lampooning President Trump -- is pulling in new viewers who are looking for biting political satire from their late night hosts.

One part of that, and another possible factor in his ratings rise, is that Colbert has been using more bits from his old Comedy Central show, "The Colbert Report," like his "On Notice" board, which he put Trump on last week.

The host also brought another blast from his past onto his show recently: his old "Daily Show" boss, Jon Stewart, who joined him last week to mock Trump and to give a somewhat lengthy speech about pushing back against the current administration.