Several dead after train traveling from Spain to Portugal derails 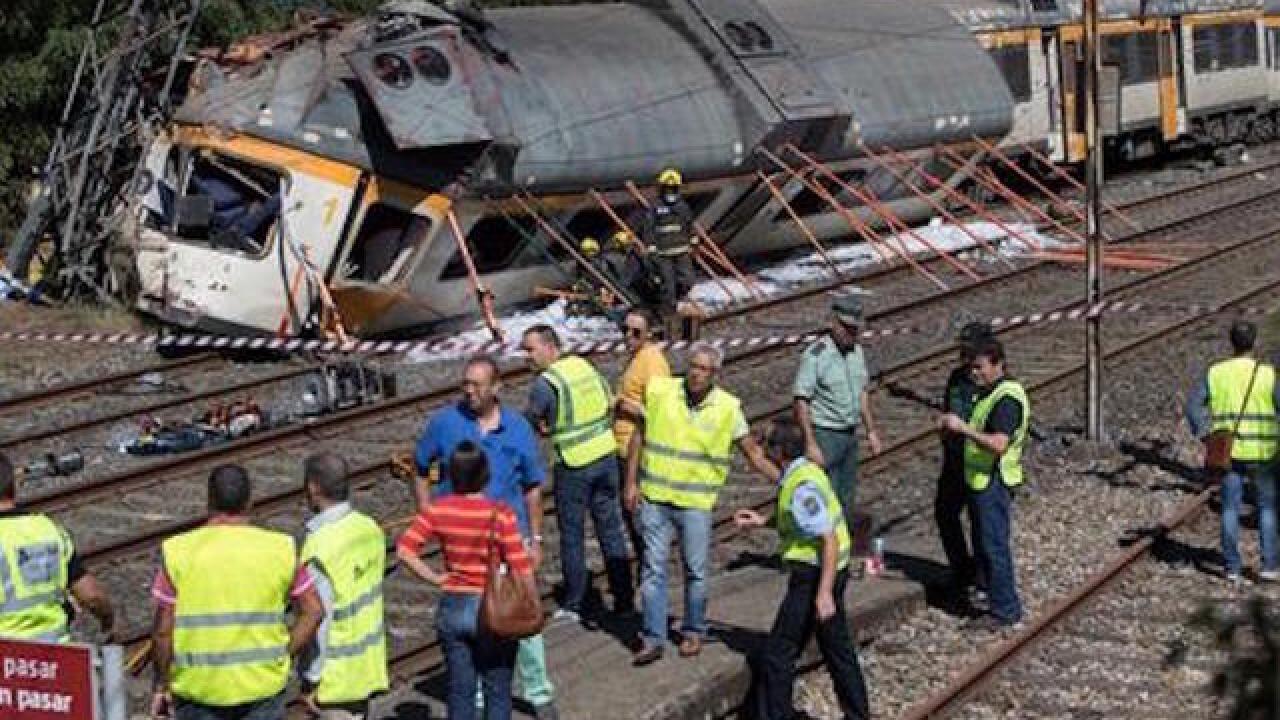 Copyright Associated Press
Lalo R. Villar
<p>A passenger train traveling from Vigo to Porto, in neighboring Portugal, derailed in O Porrino, Spain, Friday, April 9, 2014 Spain's northwestern Galicia region, killing and injuring people, authorities said. The train had three cars. The front one came completely off the track and hit a post next to the line, leaving it leaning to one side. The back two cars were partly off the tracks. Spanish media said the train was carrying around 60 passengers.(AP Photo/Lalo R. Villar)</p>

The accident occurred at 9:30 a.m. (0730 GMT) in Porrino, about 450 kilometers (280 miles) northwest of Madrid, the Galician regional government said.

The train had three cars. The front one came completely off the track and smashed into an electricity pylon next to the line, crushing the engineer's cab and leaving the car leaning to one side. The back two cars were partly off the tracks. Emergency services dispatched doctors on helicopters to the scene.

The train was carrying 63 passengers, the engineer and a ticket collector, state rail company Renfe said. The train left Vigo at 9:02 a.m. and was scheduled to arrive in Porto in neighboring Portugal two hours later. It belonged to Portuguese rail company Comboios de Portugal.

Adif railway infrastructure company said it has opened an investigation. The derailment occurred on a straight stretch close to Porrino station.