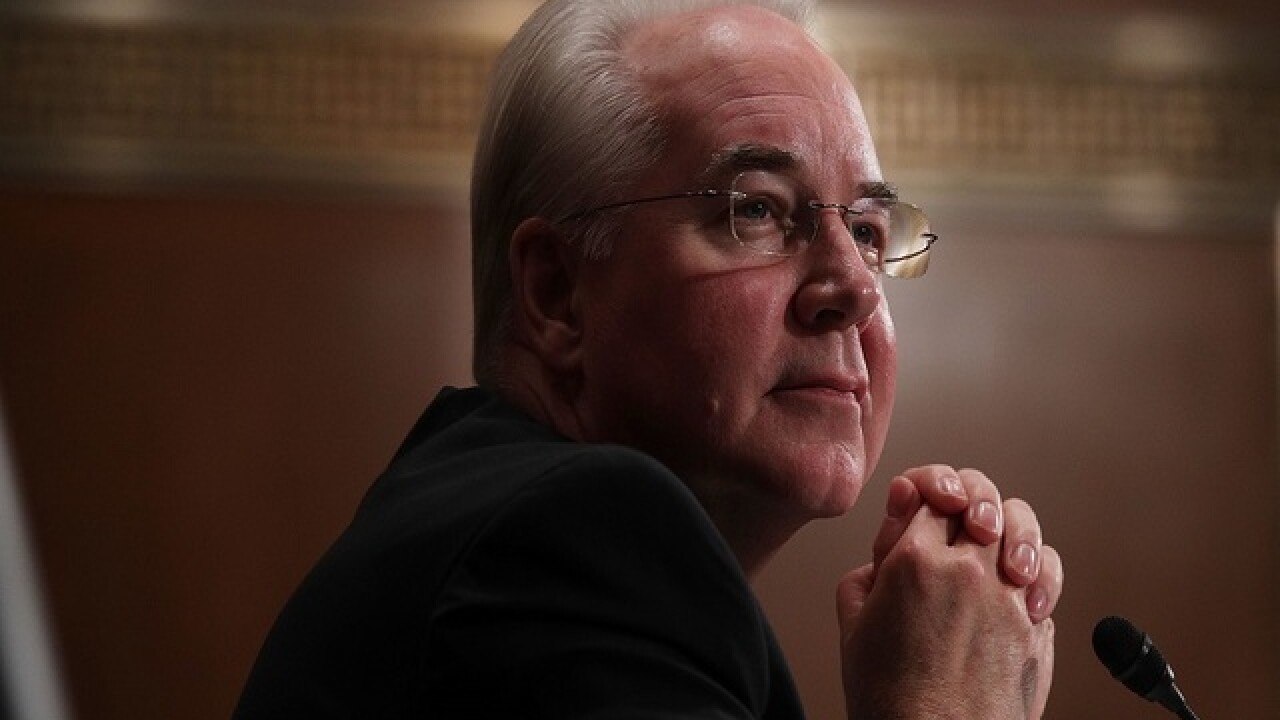 Copyright 2017 Scripps Media, Inc. All rights reserved. This material may not be published, broadcast, rewritten, or redistributed.
Alex Wong

(CNN) -- The Senate voted Wednesday night to break a Democratic filibuster and advance the nomination of Rep. Tom Price for secretary of Health and Human Services.
The vote was 51-48, along party lines. Jeff Sessions, who moments before was confirmed to be the next attorney general, did not vote.
The Senate will now allow 30 hours for debate before Price's nomination comes to a full Senate vote at some point on Friday. It's unclear whether Democrats will yield back any of that time and vote sooner.
Price, a 12-year congressman and orthopedic surgeon from Georgia, has faced a rocky confirmation process, with Democrats raising ethics concerns about his financial dealings and staging a boycott in a committee vote over his nomination.
Republicans are eager to confirm the HHS nominee in their ongoing effort to repeal and fix Obamacare.
The Senate is also expected to vote this week on Trump's nominee for the treasury department, Steve Mnuchin.
The-CNN-Wire
™ & © 2017 Cable News Network, Inc., a Time Warner Company. All rights reserved.
Copyright 2017 Scripps Media, Inc. All rights reserved. This material may not be published, broadcast, rewritten, or redistributed.