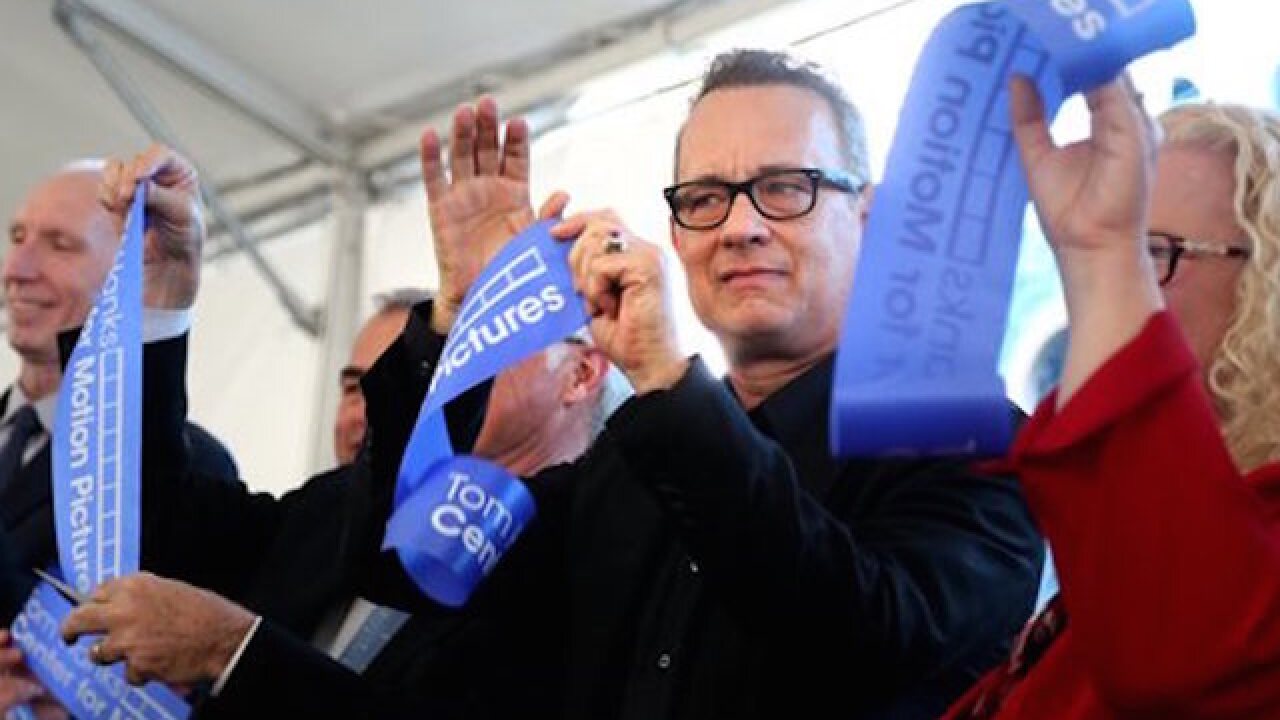 Copyright Associated Press
Lisa Powell
<p>Actor Tom Hanks holds up a piece of ribbon after participating in a cutting ceremony for the new Tom Hanks Center for Motion Pictures at Wright State University in Fairborn, Ohio, on Tuesday, April 19, 2016. The Oscar-winning star isnít an alumnus, but has connections with teachers and alumni of the public school and is national co-chair of a fundraising campaign for the university. (Lisa Powell/Dayton Daily News via AP)</p>

Hanks wielded oversized scissors Tuesday and, on a count of three, led a ribbon-cutting ceremony for a newly renovated motion pictures center named for him at Wright State University in Ohio.

It doesn't matter where a student goes to college, Hanks said, adding, "It matters how hard you work. I hope this building spurs the students who come here."

Hanks said that when he was a teenager, he couldn't have gotten into the university. He joked about his performance on the SATs, asking his audience to guess what he got on the tests. His answer? "Spilled Coca-Cola."

The Oscar-winning star isn't an alumnus, but has connections with teachers and alumni of the public school.

Hanks is national co-chair of a $150 million fundraising campaign for the university, along with Amanda Wright Lane, great-grandniece of aviation pioneers Wilbur and Orville Wright.

Hanks planned to attend a fundraising gala and talk with theater, dance and motion picture students during his Tuesday visit.

Historian David McCullough also visited the campus Tuesday and conducted a master class with WSU students. The two-time Pulitzer Prize-winning historian is collaborating with Hanks on an HBO miniseries based on McCullough's latest book, "The Wright Brothers."

"I think that the Wright brothers are a lesson in history if ever there was," said the recipient of the Presidential Medal of Freedom, the United States' highest civilian honor, according to the Dayton Daily News.