The most annoying type of airline passenger is ... 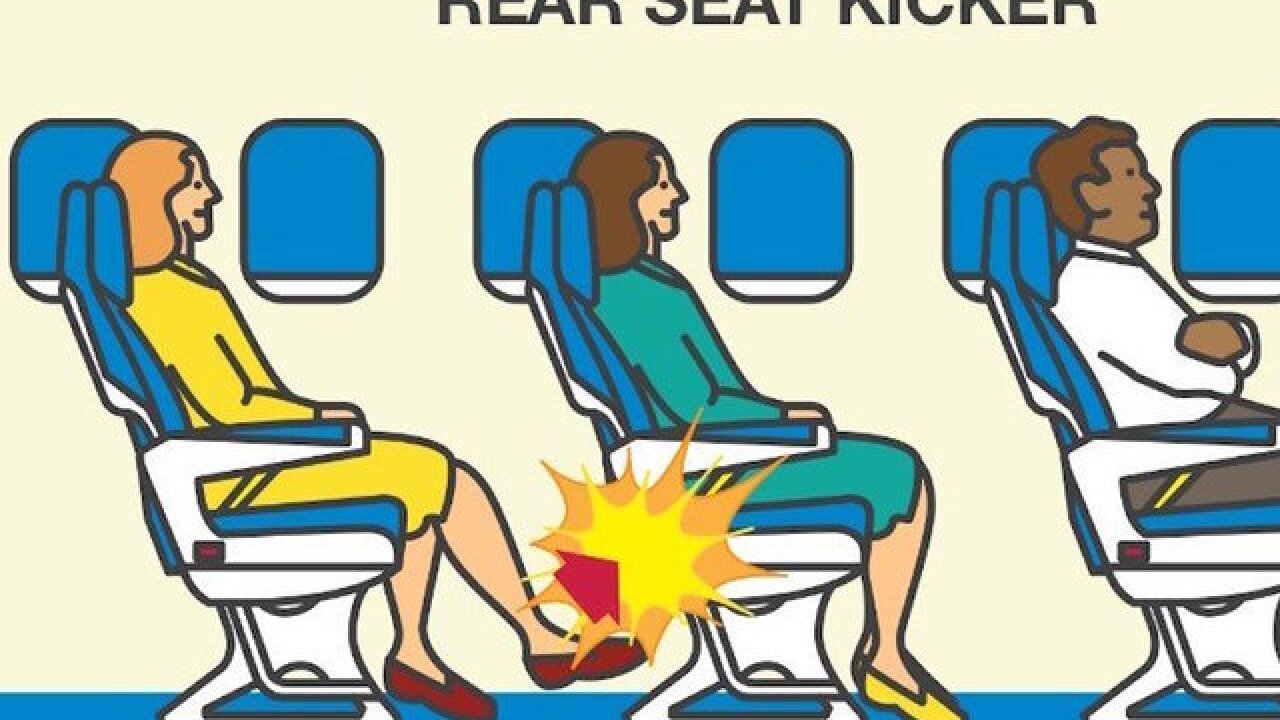 CNN
Stewart Scott-Curran/CNN
<p>Are they nervous, or bored, or completely oblivious? There's no one-size-fits-all diagnosis for the airplane seat kicker, but they're universally annoying. Here are the top 14.</p>

(CNN) -- Are they nervous, or bored, or completely oblivious? There's no one-size-fits-all diagnosis for the airplane seat kicker, but they're universally annoying.

For the third year in a row, rear seat kickers have earned the dubious distinction of being the No. 1 most offensive type of airline passenger.

Drawn from feedback from 1,005 Americans age 18 and over, the study shows that 64% of respondents find the rear seat kicker annoying. Inattentive parents rank second, aggravating 59% of those surveyed, followed by smelly or "aromatic" passengers (55%).

Rear seat kickers have topped the rankings since 2014. In 2013, the first year of the study, inattentive parents topped the list.

Despite some variations, there's a common theme from study to study.

"A prevailing theme across all four years of the study is the importance people place on the sanctity of their personal space within the tight confines of an airplane," said Dave McNamee, Expedia spokesman.

"A sizable majority of Americans -- 70-80% of people -- consider their fellow passengers to be 'considerate,'" McNamee noted.

So how do all the aggravating passengers stack up? Here's the full 2016 list: