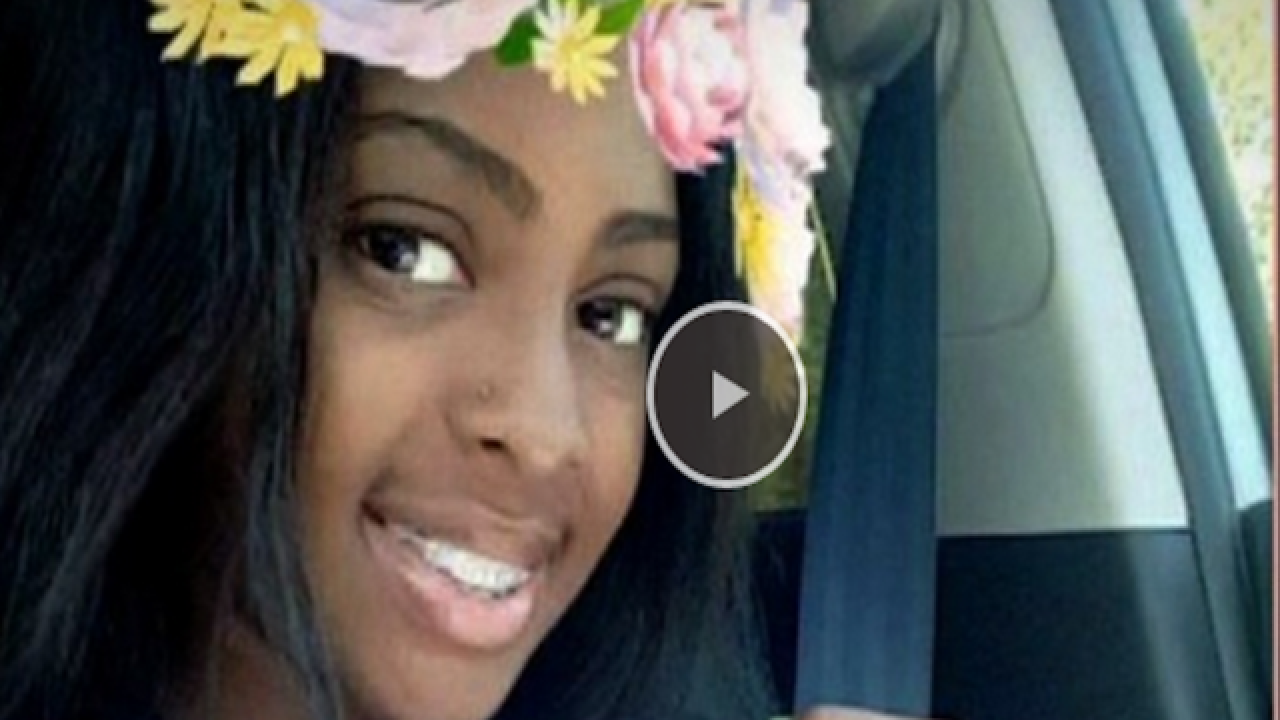 CNN
<p>Alexis Manigo, the teen abducted from Florida hospital when she was a newborn, says the woman who took her "will always be Mom."</p>

Alexis Manigo has accepted what police say -- that she was born as Kamiyah Mobley and that the woman who raised her in South Carolina stole her as a newborn from a Florida hospital.

But the 18-year-old told ABC's "Good Morning America" she still considers the woman now sitting in jail to be her mother.

"She will always be mom," Manigo said in an interview that "GMA" aired Wednesday. "I will always love her."

A DNA test revealed last week that Manigo was the infant who police said was stolen from a Jacksonville hospital in July 1998 by a woman posing as a nurse.

That woman, police say, was Gloria Williams, 51, now held on charges of kidnapping and interfering with custody. She was extradited from South Carolina to Jacksonville this week and is awaiting trial with bail set at $500,000.

Manigo's dismay has been apparent for days. Shortly after the older woman's arrest last week, the teen wept and hugged Williams inside a jail in Walterboro, South Carolina, video shows.

Court documents reveal Manigo may have known about her hidden past for months. Following up on a tip given to the National Center for Missing & Exploited Children in August, detectives interviewed a witness who said Manigo claimed a year and a half ago she was kidnapped from a Jacksonville hospital as a baby, according to the affidavit for Williams' arrest.

The DNA test came during the probe sparked by the tip.

Jacksonville Sheriff Mike Williams has said Manigo "had an inclination beginning a couple of months ago" that she may have been abducted. She had discovered she had a fraudulent Social Security card and birth certificate when she began looking for jobs, the sheriff said.

She is working with an attorney to establish a valid birth certificate and Social Security number. Her birth name is just one of the shocks she is working through -- news media referred to her as Kamiyah Mobley when reporting the story last week.

She used Manigo -- the name grew up with -- in her ABC interview.

"Your whole life you've been known as Alexis, Lexi. Now it's like, people are referring to you as someone else, nationally," she told "GMA."

'I was given the best life'

Manigo acknowledges Williams made a mistake but says she forgives her.

"From that one mistake, I was given the best life. I was. I had everything I ever needed, wanted, I had love, especially," she told "GMA" of growing up in Walterboro, some 175 miles north of Jacksonville.

Manigo was asked what she would like to see happen.

Authorities say last week's DNA results ended an 18-year mystery that started with a kidnapping -- one that left Manigo's biological relatives in years of grief.

On July 10, 1998, a kidnapper, dressed as a nurse in a blue smock with flowers and surgical gloves, was captured in a grainy surveillance video at the Jacksonville hospital where Kamiyah Mobley was born, police said.

The baby's mother, Shanara Mobley, then 16, told investigators that a woman she thought was a nurse entered her hospital room and took the infant.

"Please bring my baby back," Shanara Mobley cried during an interview with CNN affiliate WJXT-TV at the time. "If you were faking a pregnancy or you just can't have no kids, how do you think I feel? ... That's my first child."

The kidnapping made national headlines. The mother eventually was awarded $1.5 million after settling a lawsuit against the medical center, WJXT reported. She has since had three other children.

Police said Williams kidnapped the baby and raised her in South Carolina. Manigo derives her last name from Williams' former husband, Charles Manigo, who was incarcerated when the baby arrived, his family has said.

But authorities said Williams also used fraudulent documents to establish the child's identity. A check of her Social Security number reveals it was issued to a Virginia male who died in 1983, court documents say.

A sample of Manigo's DNA taken at the time of her birth in Florida was matched Thursday with a swab taken from the young woman last week.

Her biological father, Craig Aiken, said he told his daughter he loves her.

"The first meeting was beautiful," Aiken told the station. "It's a feeling that you can't explain."

Manigo told "GMA" that she owed her biological parents a chance to get to know her.

"When you find out that you've got another family out there, it's just more love," she said.

Manigo declined to tell "GMA" how she found out she might not have been Gloria Williams' child, citing a concern that anything she says could be used against the woman she calls her mom, the program reported.

"You can't just say, 'Oh, they did something wrong, let me just forget about them and move on.' It's not that easy," she told "GMA."