Suspect in San Diego homeless killings is freed, no charges 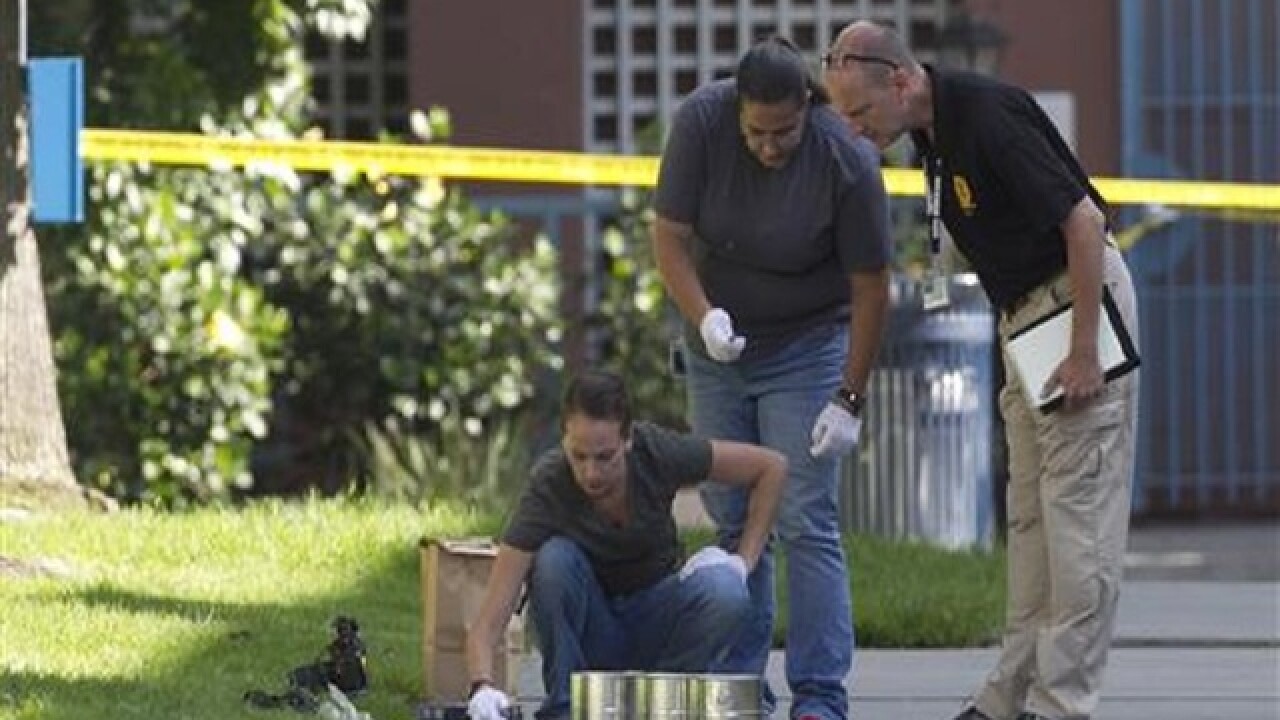 SAN DIEGO (AP) — A homeless man who police had identified as the sole suspect in a spate of attacks on transients that left three dead was released from jail Monday and not charged with any crimes, keeping alive the search for an attacker who strikes victims when they are sleeping alone and sometimes sets them on fire.
Anthony Padgett, 36, was arrested Thursday near a trolley stop in the suburb of Chula Vista on suspicion of murder, attempted murder and arson. He was accused of attacking four homeless men over four days last week, including two who were set on fire. Police said at least three victims were sleeping alone.
Police said Monday that there wasn't enough evidence to prosecute. Capt. David Nisleit defended the arrest, saying Padgett strongly resembled a man in convenience store surveillance video who police still believe is responsible for all four attacks.
Police also considered Padgett's 2010 conviction for lighting a sleeping homeless man on fire in National City, a San Diego suburb.
"I could not risk not taking him into custody and leaving him out in the community," Nisleit said Monday at a news conference. "God forbid he murders another person. This was done with the utmost priority on keeping the public safe, and I believe it was the right decision."
Nisleit said he didn't feel confident after reviewing evidence in the following days and consulted with San Diego County District Attorney Bonnie Dumanis before freeing Padgett, a Chula Vista native. He stopped short of clearing Padgett but said nothing to suggest that he was a suspect and instead renewed pleas for the public to view the surveillance video and report any suspicions.
"At this point in the investigation, we have exhausted all of the evidence ... With that said, in an hour or tomorrow, we could get new evidence that might point the finger back to Padgett or to someone new," Nisleit said.
The surprise turn of events spread quickly to the concourse outside City Hall, where transients sit on concrete benches and sleep on dirt patches. Last week many heeded the advice of advocacy groups to sleep closer together in well-lit areas.
"We kind of sleep with one eye open," said Jesse Brashier, 53. "This makes us more cautious. If he's still out there, he can take anybody."
Tim Jones, who has been living on the streets for about six months, said he worried the killer would resurface after a few more days of laying low.
"Now we get put out guard back up again," the 53-year-old Jones said.
In 2010, a jury convicted Padgett of lighting a sleeping homeless man on fire in a supermarket parking lot. The victim suffered burns on about 30 percent of his body.
In a three-page handwritten note to a judge in 2010, Padgett blamed the influence of drugs — saying he was "super stoned and intoxicated plus using my prescribed medications" — and that he only intended to scare the victim, who was a friend.
In the note, Padgett also calls himself a "homeless citizen," asks Jesus to forgive his sins and expresses remorse for the victim, saying, "I'll never be so stupid again." He said he had been homeless on an off for 10 years.
All four victims in last week's crime spree suffered major trauma to the upper torso, setting the city's homeless population on edge.
The violence began July 3, when police found the badly burned remains of Angelo De Nardo between Interstate 5 and some train tracks. The 53-year-old died before his body was set on fire.
The next day, officers responding to a 911 call found Manuel Mason, 61, who remained in critical condition Monday with injuries to his upper torso. A few hours later, police discovered the body of Shawn Longley, 41, who bled from the upper torso and died.
Dionicio Derek Vahidy, 23, died Sunday at a hospital, four days after he was set on fire downtown. A witness pulled away a burning cloth that the attacker put on him before fleeing.
Copyright 2016 The Associated Press. All rights reserved. This material may not be published, broadcast, rewritten or redistributed.