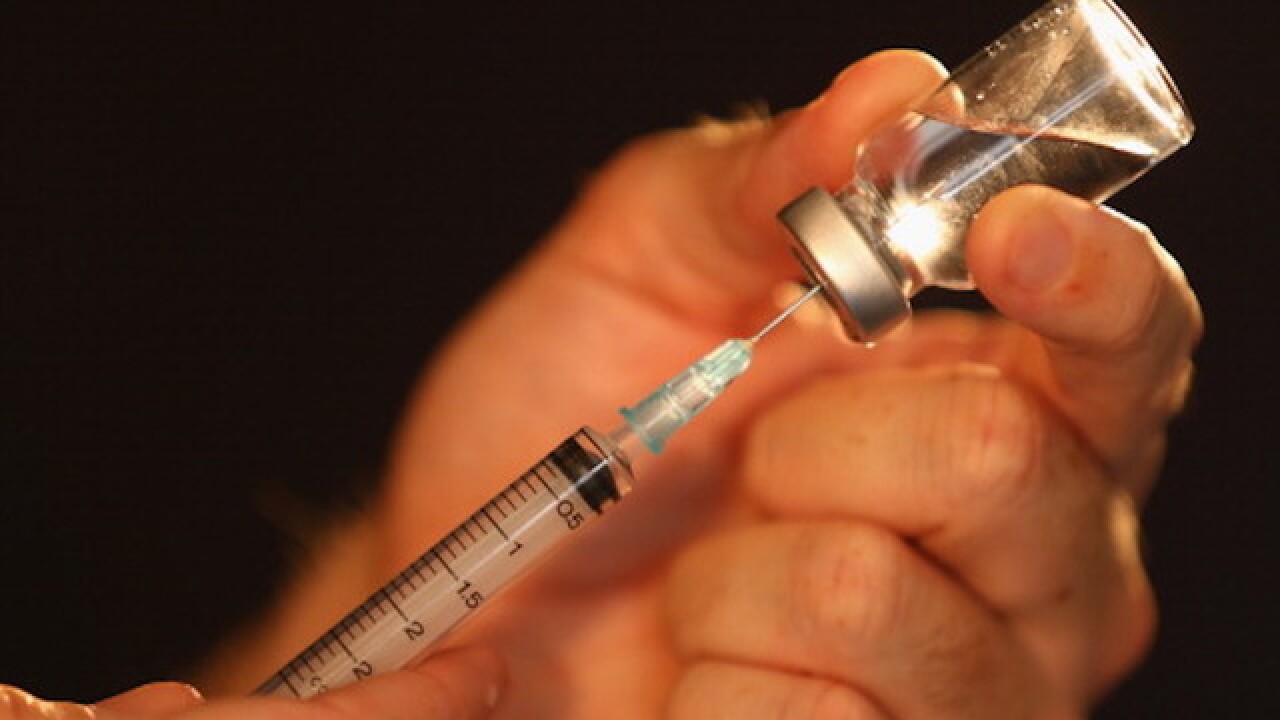 Copyright Getty Images
Robert Cianflone
<p>MELBOURNE, AUSTRALIA - FEBRUARY 21: Liquid is extraced from a medical vial with a syringe on February 21, 2013 in Melbourne, Australia. The Australian Crime Commission on Thursday released findings from a 12 month investigation into Australian sport, uncovering the possibility of match fixing, drugs in sport and links to organised crime. (Photo by Robert Cianflone/Getty Images)</p>

While women have been able to take birth control for a long time, there are not many similar options for men. A study by members of the World Health Organization released on Saturday highlighted efforts to find an effective birth control method for men.

Researchers administered a shot every eight weeks for 56 weeks to 320 men. The men ranged in age from 18 to 45 years old, and their female partners ranged from ages 18 to 38. The couples involved in the study had no known infertility issues.

Using an injection of 200-mg norethisterone enanthate combined with 1000-mg testosterone undecanoate every eight weeks, the men had their sperm count decreased dramatically. Of the couples involved in the survey, only four  ended up with a pregnancy.

While the researchers accomplished the goal of finding effective male birth control, the researchers were forced to end the study due to after effects. A large number of men reported acne and depression.

"The study found it is possible to have a hormonal contraceptive for men that reduces the risk of unplanned pregnancies in the partners of men who use it," Mario Philip Reyes Festin, MD, of the World Health Organization, told Science Daily. "Our findings confirmed the efficacy of this contraceptive method previously seen in small studies."