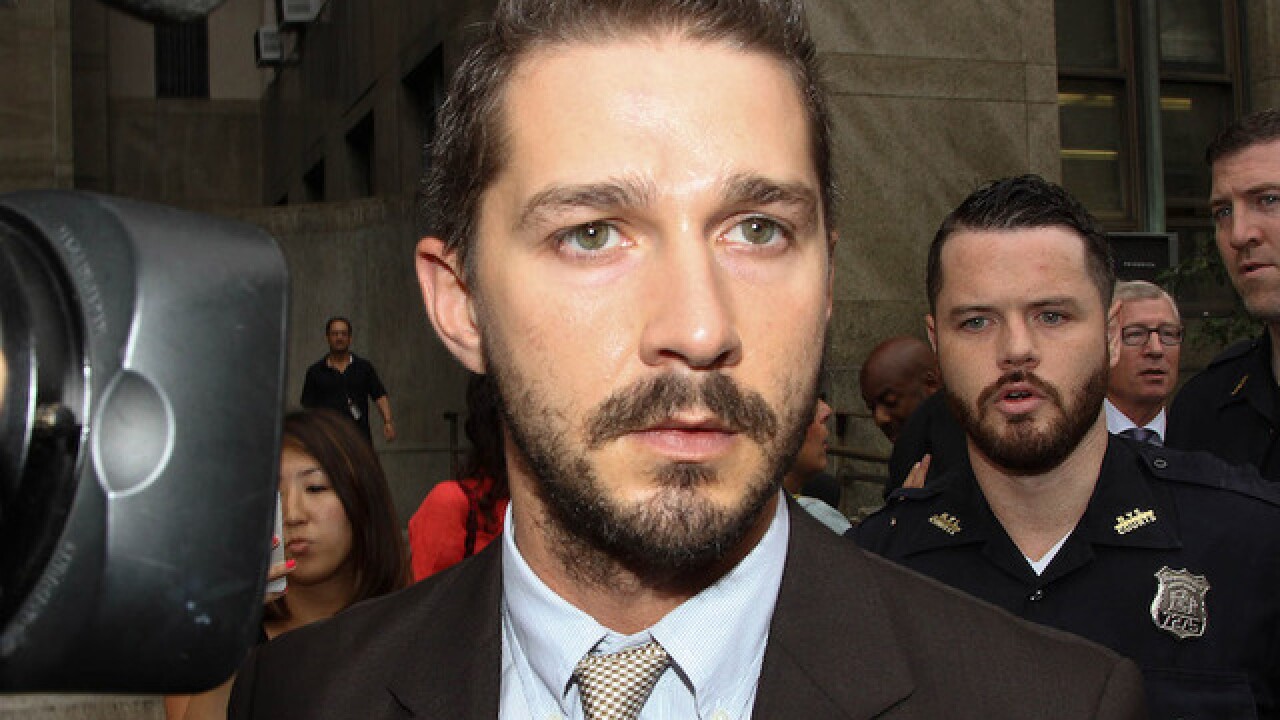 (CNN) -- Actor and performance artist Shia LaBeouf has been charged with misdemeanor assault and a harassment violation after getting in a scuffle during an anti-Trump rally early Thursday morning, according to New York Police Department spokesman Sgt. Thomas Antonetti.

LaBeouf was arrested and has been released, according to detective Christopher Pisano.

LaBeouf and a 25-year-old anti-Tump protester got into a verbal exchange in front of the Museum of the Moving Image, and then police say LaBeouf pulled on the man's scarf, scratching his face while doing so, according to Antonetti.

CNN is attempting to reach out to LaBeouf's representatives.

LaBeouf is planning to protest US President Donald Trump for the next four years with an art exhibit that will run continuously outside the museum.

The installation consists of a white wall with the words "HE WILL NOT DIVIDE US" on it and a camera beneath the words. LaBeouf has invited the public to participate by saying the phrase into the camera, which streams live.

The arrest itself appeared to be caught on the live-stream.