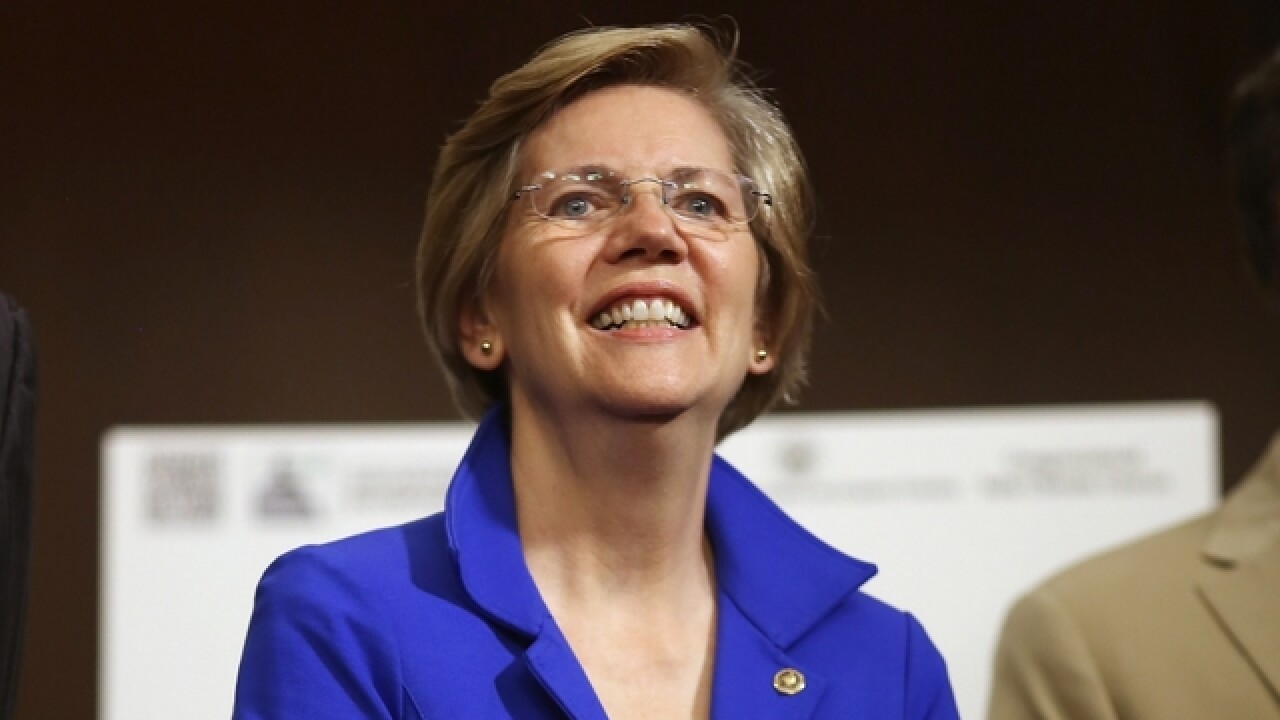 By: Mina Abgoon
Posted at 7:14 PM, Feb 07, 2017
In the midst of a speech Sen. Elizabeth Warren was giving in opposition to the nomination of Sen. Jeff Sessions for attorney general, Senate Majority Leader Mitch McConnell rose to object.
Senate Republicans silenced Warren, citing allegedly inappropriate behavior on the floor of the Senate, The Huffington Post reports.

I spoke out about @SenatorSessions – until @SenateMajLdr McConnell decided to silence me. https://t.co/qbty7x0iLl

McConnell was specifically disconcerted with the Democratic Massachusetts senator’s quoting of a decades-old letter written by Coretta Scott King, Martin Luther King Jr.’s widow, when Sessions was under consideration for a federal judgeship in 1986.
King’s argued in the letter that, during his time as a prosecutor in Alabama, “Mr. Sessions has used the awesome power of his office to chill the free exercise of the vote by black citizens.”
McConnell read that quote back to the presiding officer, arguing that it was over the line, justifying his concern with the infrequently cited Rule XIX – which says one senator cannot impugn the conduct or motives of another senator.
After the Republican presiding in the chair -- Sen. Steve Daines – agreed with the objection, Warren replied, “I am surprised that the words of Coretta Scott King are not suitable for debate in the United States Senate."
A vote was then held on Warren’s appeal of the ruling, which Republicans won with a 49-43 vote.
The senate is scheduled to vote on Sessions’ confirmation Wednesday.
Copyright 2017 Scripps Media, Inc. All rights reserved. This material may not be published, broadcast, rewritten, or redistributed.