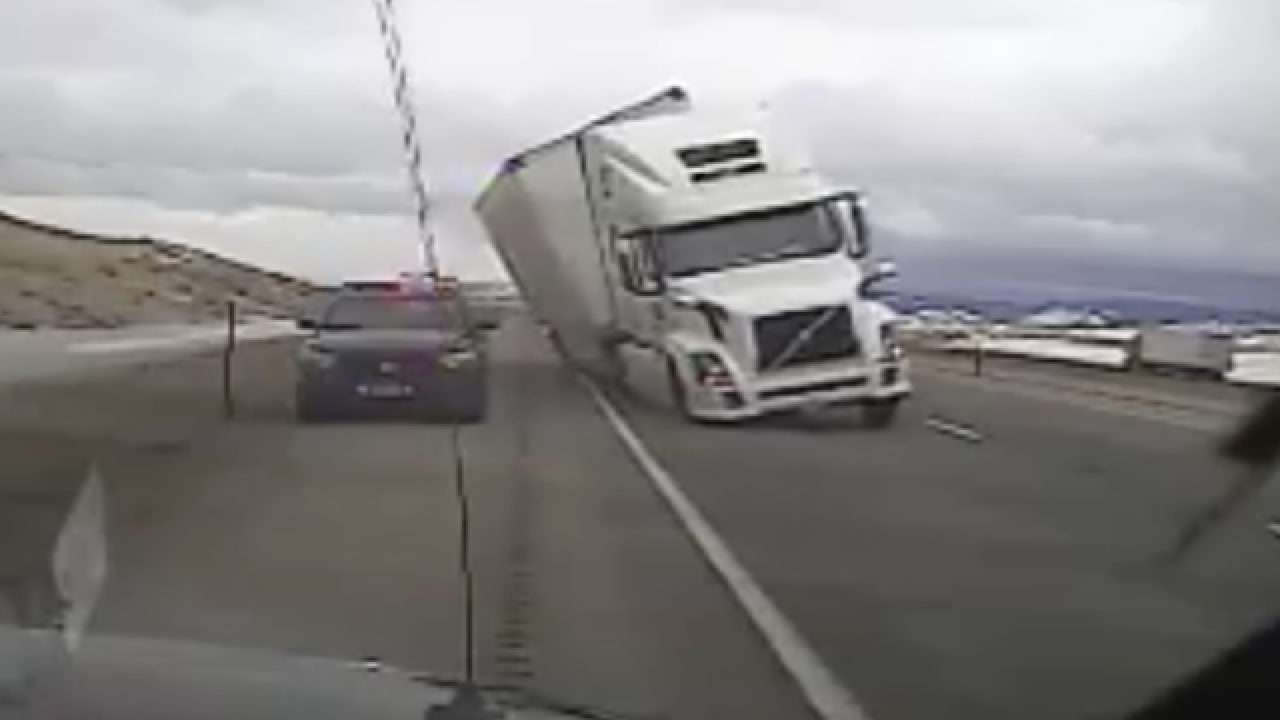 ELK MOUNTAIN, Wyo. (AP) — Dramatic video of a tractor-trailer toppling onto a Wyoming Highway Patrol car shows just how windy it can get on the high plains.

The truck was driving on Interstate 80 in southern Wyoming on Tuesday when it blew over onto the parked patrol car. No one was inside the patrol car, and Patrol Lt. David Wagener says the truck's driver and a passenger were not hurt.

Gusts up to 90 mph were recorded around the time of the crash.

A camera in another patrol car caught the wreck: Wind nudges the trailer, then knocks over the rig, which falls onto the patrol car. The skidding truck barely misses the car filming.

Wagener says troopers at the scene were away from the crash zone, helping other motorists.

He says the highway was closed to lightweight, high-profile vehicles because of the wind, and the driver was cited.