Russia's only aircraft carrier damaged while under repair 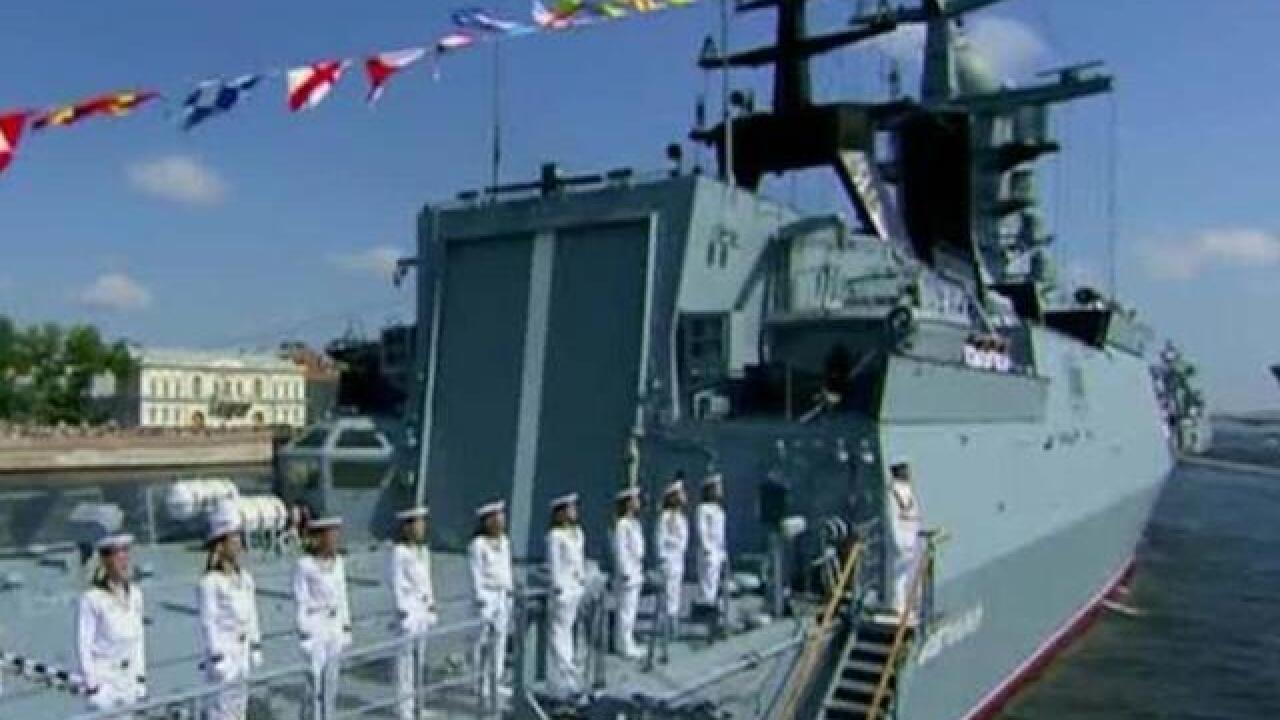 A hole was gouged in the deck of Russia's only aircraft carrier, the Admiral Kuznetsov, Tuesday when a crane fell on it while the vessel was undergoing repairs in the northern city of Murmansk, according to Russian state media.

The accident took place after a power supply disruption caused the pumps on the floating dry dock, which was holding the aircraft carrier, to break down, causing the structure to sink.

The aircraft carrier had been exiting the dock when the incident occurred, state media TASS said, and the vessel is sheltering at the 35th Ship Repair Plant.

"For now, the circumstances look like this: when the Admiral Kuznetsov was lowered, a power surge occurred from the shore, pumps shut down, and the dock sank," Zvezdochka Shipyard spokesman Yevgeny Gladyshev told TASS.

Russian officials told state media the damage would not delay repairs on the Admiral Kuznetsov, which are due to be completed by 2021.

The 58,000-ton carrier went in for repairs and refit in May, more than a year after it returned from a mission off Syria that saw it spewing thick black smoke while at sea and also losing two of its 15 aircraft to crashes.

Carl Schuster, a former director of operations at the US Pacific Command's Joint Intelligence Center, told CNN the Russian navy was already in a poor state of repair and the loss of the dock wouldn't help.

"The loss of one (floating dock) may not be that serious except we don't know the condition of the others ... I don't think it's beyond the realms of possibility that they're in serious trouble in terms of their ability to do work on that carrier," he said.

The Russian government has set up a commission into the sinking of the dock, investigating both the cause of the accident and whether the structure should be lifted back to the surface.

Russian state media said the operation to refloat the dock would be "tricky" and is likely to take at least six months.