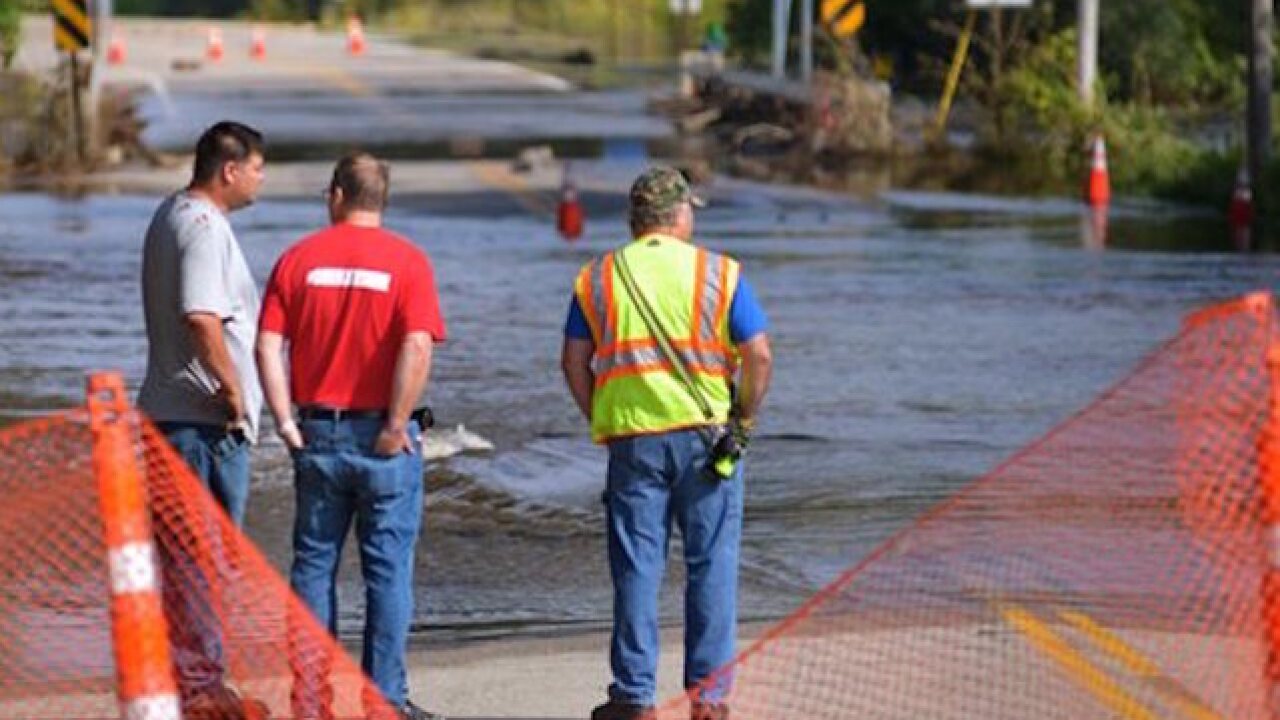 CEDAR RAPIDS, Iowa (AP) — Residents are leaving low-lying areas of Cedar Rapids, adhering to a request by the authorities to clear out by 8 p.m. Sunday due to the risk of flooding from the rising Cedar River.

The river crested Saturday night in Waterloo and Cedar Falls, which are about 55 miles upstream from Cedar Rapids, which is Iowa's second-largest city, with about 130,000 people. The water levels in Cedar Falls and Waterloo were slightly lower than had been expected, but they still reached levels that were second only to those in 2008, when a flood devastated the region.

The National Weather Service predicted that the river will crest at 23 feet in Cedar Rapids on Tuesday morning. Officials asked those living in about 5,000 downtown homes near the river to leave by 8 p.m. Sunday. They said it could be days before people could return home.

Cedar Rapids City Manager Jeff Pomeranz said the city has been preparing to deal with a major flood since the 2008 flood, which caused billions of dollars in damage. City workers and volunteers have been working for days to build a temporary system of levees that might be able to contain the floodwaters.

"All the work is coming together, and you can see the benefit of planning and preparation," Pomeranz said.

After the 2008 flood, about 1,350 homes near the Cedar River were bought out and destroyed to reduce the amount of damage that future floods could inflict. About 45 acres of green space sit in that area today.

Unlike in 2008, residents have had more time to prepare for a flood. The benefit of that extra time was clear in the small town of Palo upstream where residents of more than 80 homes have evacuated.

Kim Hutchins, whose home in Palo is about 10 miles upstream from Cedar Rapids, told the Des Moines Register that she spent Saturday packing up her kitchen while some friends unhooked her furnace in the basement and moved it up to the garage. And most of her furniture was piled onto trailers to move.

"They've been telling us it was coming for days. Last time, we had eight or 10 hours to get out," said Hutchins, 53, who planned to go stay with her mother.

Parts of southern Minnesota and southwestern Wisconsin also remained under flood warnings on Sunday, but it appeared that most of the threat of major flooding has passed in those states.

In the southern Minnesota town of St. Clair, eight to 10 homes remained evacuated Sunday, but the Le Sueur River was receding after cresting on Friday.

Assistant Blue Earth County Emergency Manager Eric Weller said Sunday that "we were very lucky overnight" that not much rain fell. But he said crews were still pumping at the wastewater treatment plant's lift station and that the town's 870 residents should still refrain from taking showers or using the toilet.

Two bridges remain closed in LeSueur because of high water, but Weller said schools are expected to reopen Monday.