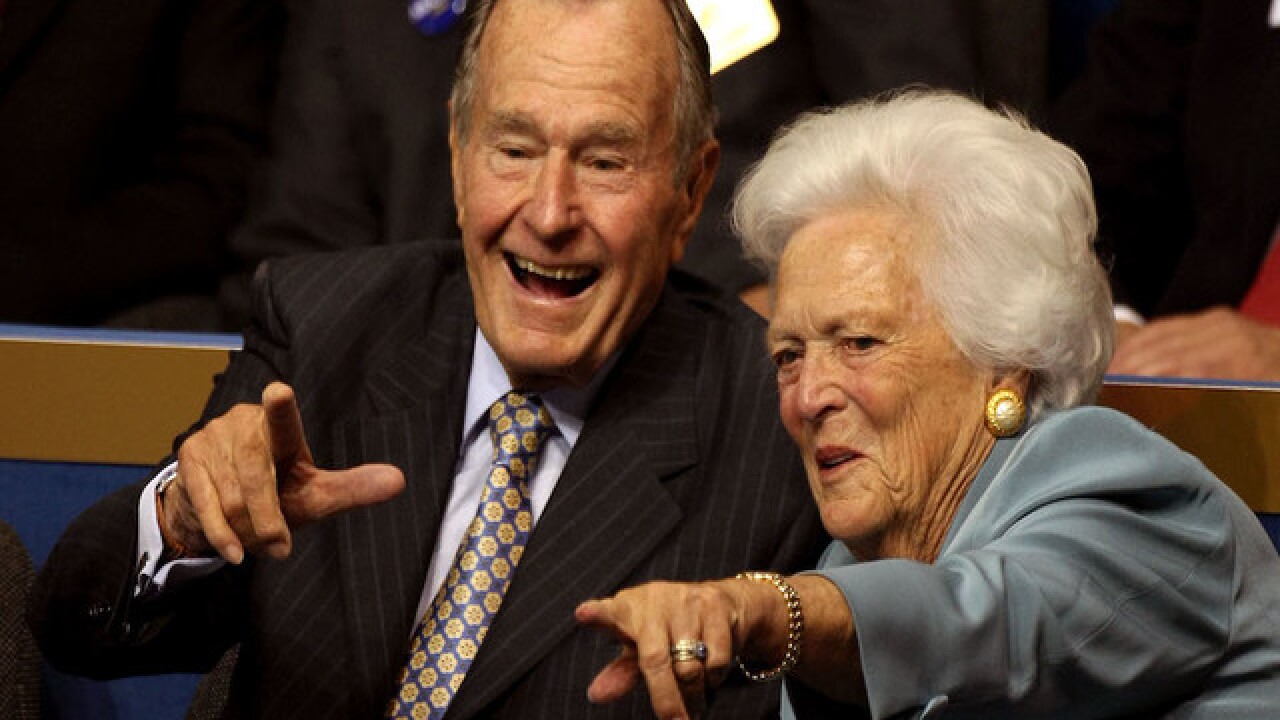 Copyright Getty Images
Justin Sullivan
<p>on day two of the Republican National Convention (RNC) at the Xcel Energy Center on September 2, 2008 in St. Paul, Minnesota. The GOP will nominate U.S. Sen. John McCain (R-AZ) as the Republican choice for U.S. President on the last day of the convention.</p>

Jim McGrath told CNN that the 41st president has been hospitalized at Houston Methodist Hospital since Saturday, and later said in a statement the cause was "an acute respiratory problem stemming from pneumonia. Doctors performed a procedure to protect and clear his airway that required sedation."

He said Bush is responding well to treatments.

Barbara Bush also was admitted to the hospital Wednesday morning as a precaution after "experiencing fatigue and coughing," McGrath said in the statement.

Bush, who served a single term as President from 1989 to 1993, was already not expected to attend the inauguration of President-elect Donald Trump in Washington on Friday due to health concerns.

Bush sent a letter to the President-elect on January 10, apologizing for missing the ceremony and saying that he and Barbara "wish you the very best as you begin this incredible journey of leading our great country."

"My doctor says if I sit outside in January, it likely will put me six feet under. Same for Barbara," Bush wrote, in a letter first reported by ABC News. "So I guess we're stuck in Texas."

Several bouts with illness have kept the 92-year-old out of the spotlight in recent years and he has rarely made public remarks.

Bush revealed several years ago that he suffered from a form of Parkinson's disease that left him unable to walk. He uses a wheelchair or a scooter to get around and had two other health scares in 2014 and 2015.

In December 2014, he was hospitalized after experiencing shortness of breath, and the following July fell at his home in Kennebunkport, Maine, breaking the C2 vertebrae in his neck.

The injury did not result in any neurological problems, his spokesman said at the time.

CORRECTION: This story has been updated to accurately state the years George H.W. Bush served as president of the United States.