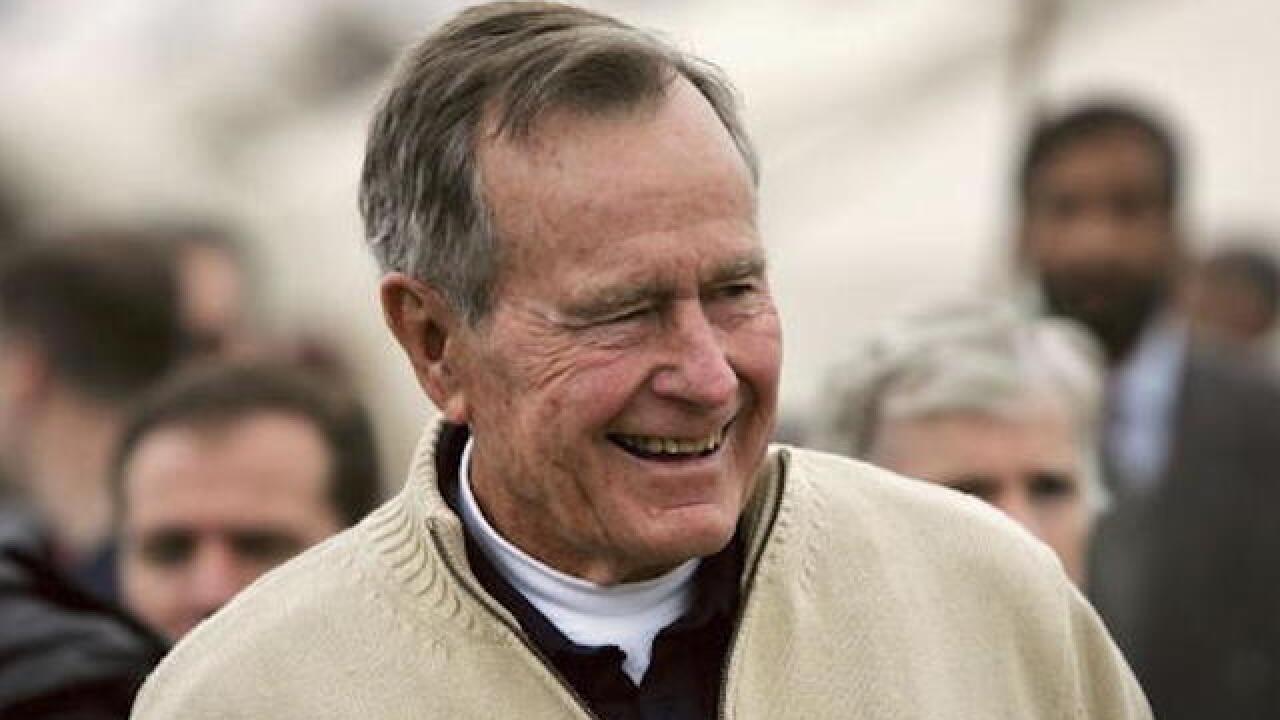 Copyright 2017 Scripps Media, Inc. All rights reserved. This material may not be published, broadcast, rewritten, or redistributed.
John Moore
<p>ISLAMABAD, PAKISTAN - JANUARY 17: Former U.S. President George Bush visits a tent camp for earthquake survivors on the outskirts of Islamabad on January 17, 2006 in Pakistan. Bush, 81, came as a special envoy for the United Nations to speak with survivors of the October 8 earthquake that killed more than 75,000 people and left another 3.5 million homeless. He had been scheduled to visit the earthquake zone, but helicopter flights to the area were grounded because of bad weather. (Photo by John Moore/Getty Images)</p>

President George H.W. Bush continues to recover at a Houston, Texas hospital and is improving enough to possibly be discharged soon, according to an official spokesman.

Bush was admitted to Houston Methodist Hospital and diagnosed with pneumonia on Jan. 18. He was moved out of the intensive care unit on Monday.

Bush's wife, former first lady Barbara Bush, was hospitalized at the same time with bronchitis. She was discharged by doctors on Monday.