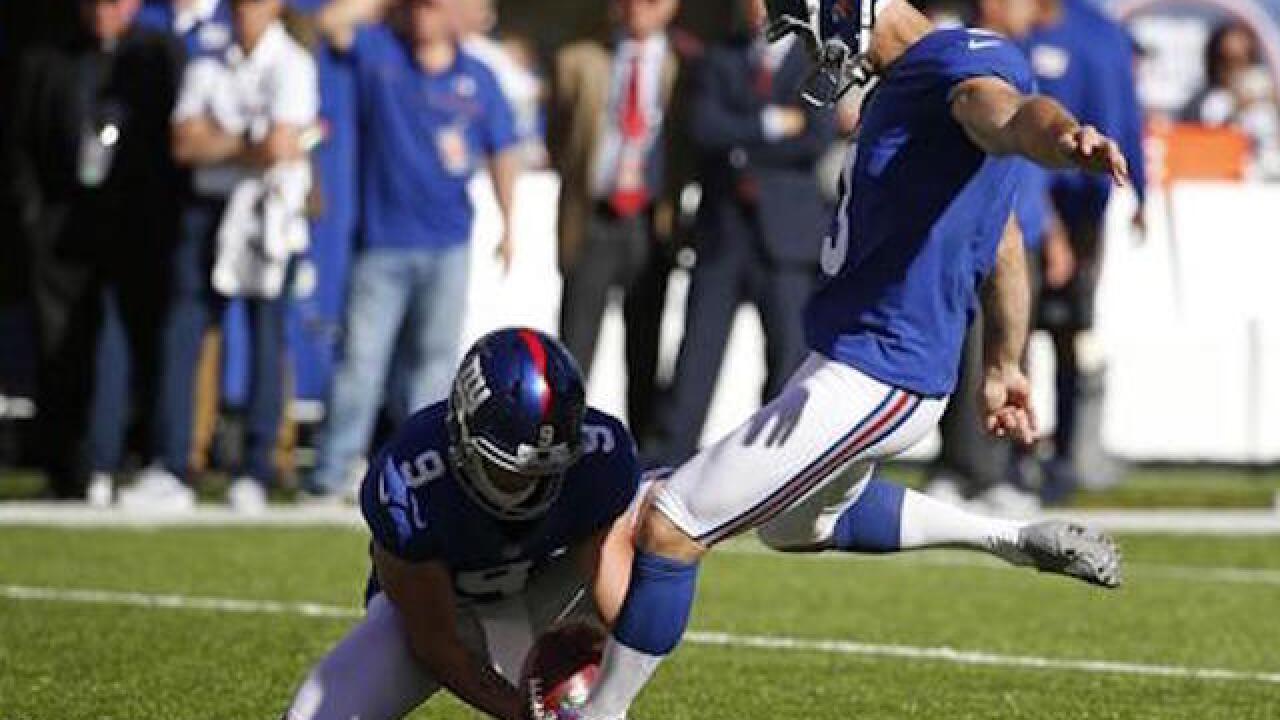 EAST RUTHERFORD, N.J. (AP) — Giants placekicker Josh Brown admitted in journal entries and emails that he verbally and physically abused his wife, according to documents that were part of a domestic violence case obtained by SNY .

Team spokesman Corry Rush declined comment Thursday morning on the details that emerged from a case in Washington. Brown was arrested in May 2015 on a domestic violence allegation but no charges were filed against the 37-year-old player.

The King County Sheriff's Office in Washington released 165 pages of documents that were turned over to authorities by Brown's former wife, Molly, after his arrest. She had accused him of more than 20 instances of domestic violence.

Brown wrote in one journal entry that he abused his wife, saying: "I have physically, mentally, emotionally and verbally been a repulsive man."

Brown was suspended for one game by the NFL at the start of this season.