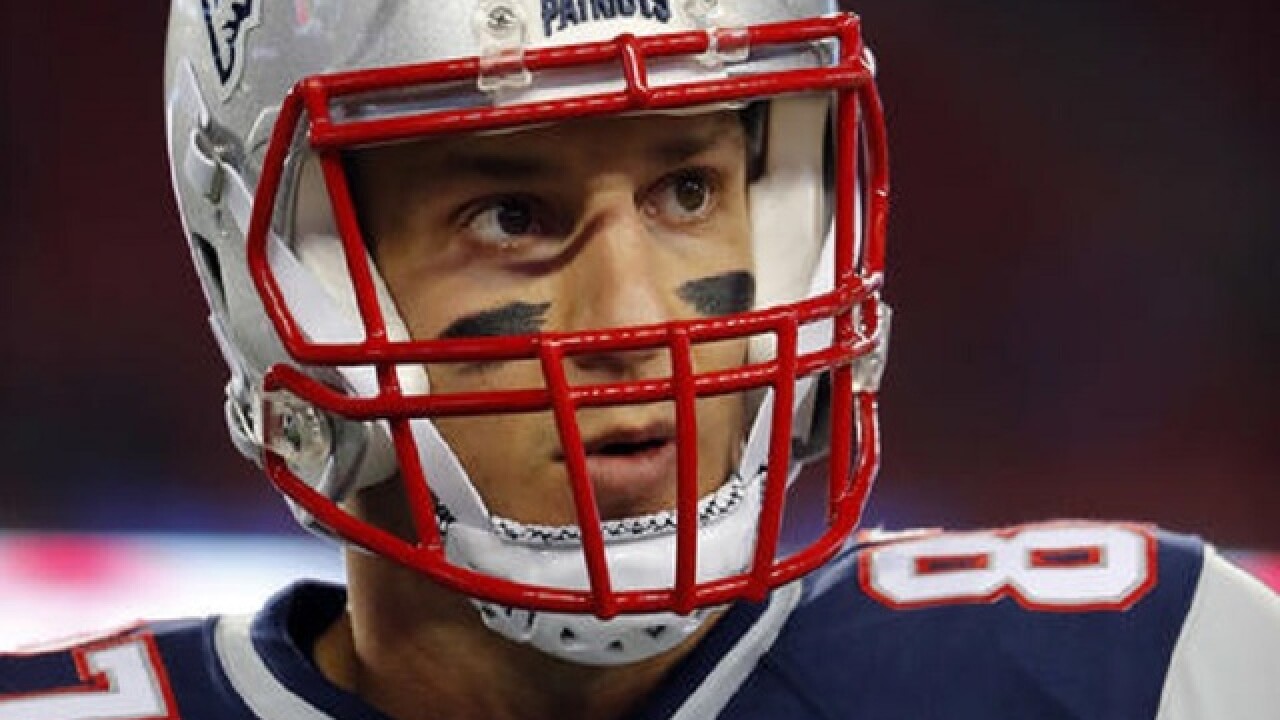 By: Associated Press
Posted at 9:01 PM, Dec 01, 2016
FOXBOROUGH, Mass. (AP) — Rob Gronkowski's season is likely over.
The New England Patriots tight end was scheduled to have surgery Friday for a herniated disk in his lower back, the team said in a statement Thursday night.
The team said it doesn't expect Gronkowski to be able to return this season, but will await the results of the surgery before making a final determination. The Super Bowl is Feb. 5, should the Patriots get that far.
Gronkowski sat out practice Wednesday with what listed as a back injury. He was absent from practice again Thursday.
The Patriots said Gronkowski sustained a hit to the chest Nov. 13 against Seattle that resulted in a pulmonary contusion to his lung. He received medical clearance to return last week against the New York Jets and experienced significant back and leg pain.
Gronkowski has missed three games this season. He has 25 catches for 540 yards and three touchdowns. He also dealt with a hamstring injury in 2016.
The 2014 Comeback Player of the Year, Gronkowski's career has been plagued by injuries. A second-round draft pick in 2010, he has had ankle and knee surgery once, and three operations on his forearm.
He has missed 20 games in his career and played many others while not 100 percent.
Gronkowski is a three-time All-Pro.
Copyright 2016 The Associated Press. All rights reserved. This material may not be published, broadcast, rewritten or redistributed.