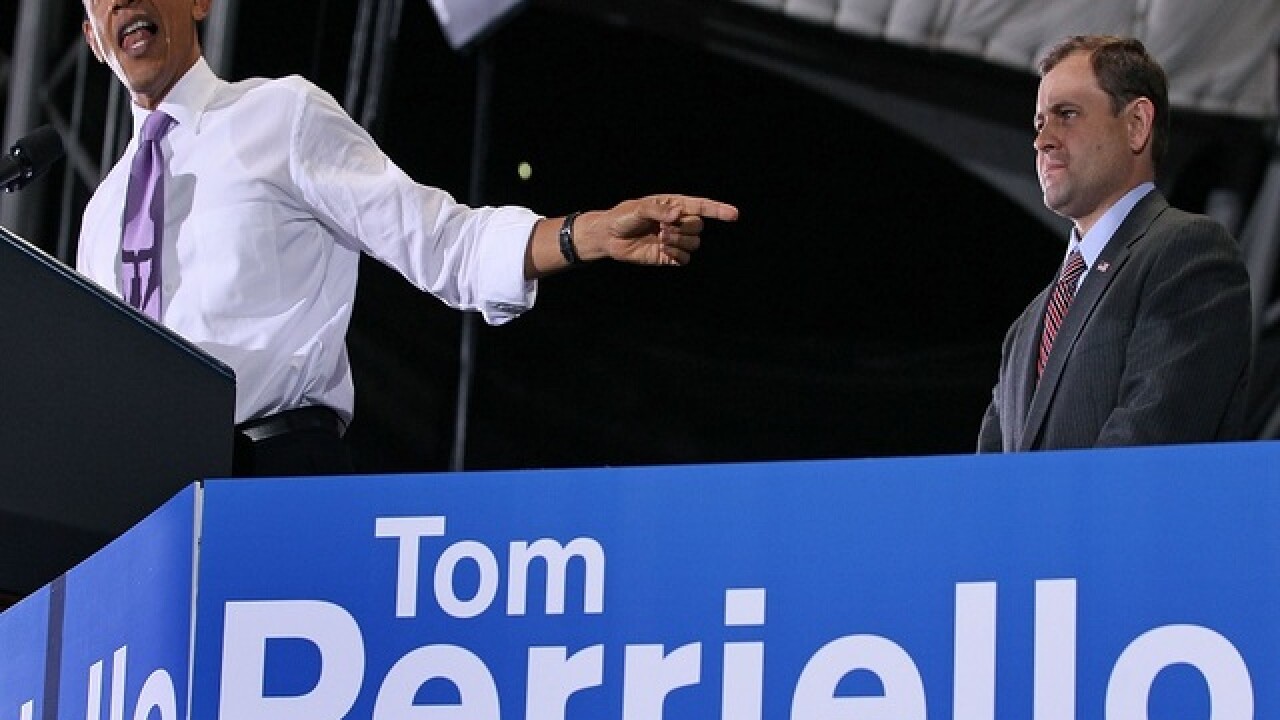 Copyright 2017 Scripps Media, Inc. All rights reserved. This material may not be published, broadcast, rewritten, or redistributed.
Mark Wilson

(CNN) -- Tom Perriello, a former Virginia congressman and an ex-diplomat in the Obama administration, is set to shake up the Democratic primary in the highly anticipated 2017 Virginia gubernatorial race.
A Democratic source with knowledge of Periello's plans confirmed them to CNN.
A second senior Democratic source said Perriello has informed Lt. Governor Ralph Northam, up until now the only announced candidate, of his intention to run.
The New York Times first reported Perriello's plans, and official announcement could come as soon as Thursday. Perriello himself did not immediately respond to a CNN request for comment.
Perriello's plans complicate the Democrats' strategy in Virginia, a state with likely the most important political contest in 2017. Only two states, Virginia and New Jersey, will hold governor's races this year and the results are often viewed as a way to judge voters' impressions of the newly elected presidential administration.
Democrats had thought they had avoided an ugly primary battle when the state's popular attorney general, Mark Herring, chose to run for re-election instead of challenging Northam in a primary.
Perriello's entry creates an interesting dynamic. He served one term in the conservative, sprawling 5th District of Central Virginia before being swept out of office in the tea party wave of 2010. His two years were spent balancing his liberal politics with the conservative sensibilities of the largely rural district, which does include the progressive enclave of Charlottesville.
He sided with conservatives on key issues such as guns (he once received the endorsement of the National Rifle Association) and abortion (he cast a ballot in favor the Stupak amendment which prevents federal funds from being used to pay for abortions). But Perriello ended his 2010 campaign in a liberal flourish, even bringing President Barack Obama to the district for a dramatic rally in the closing days of the campaign. He lost by 4 percentage points.
Perriello is viewed as a progressive champion among Virginia Democrats, while Northam is viewed as a more traditional, moderate Virginia Democrat. Born and raised in the state's Eastern Shore, Northam was a prep school baseball star before attending the famed Virginia Military Institute and then eventually becoming a pediatric neurosurgeon. He also served in the Virginia Senate and was known for his ability to work with both sides, but had a reliably liberal voting record, especially when it came to abortion rights.
Meanwhile, Perriello has spent his years out of public office working for a liberal think tank in Washington before accepting an assignment as the Obama administration's Special Envoy to the Great Lakes region of Africa.
Both men have relatively low profiles when it comes to statewide Virginia politics, but Northam certainly starts the race with an enormous head start. He has already raised millions of dollars and has spent the last year criss-crossing the state as the presumptive Democratic nominee.
He also still enjoys the support of most of Virginia's prominent democrats including both senators, Mark Warner and Tim Kaine. Aides to the two senators both confirmed to CNN Wednesday night that they will stick with the Northam regardless of Perriello's entry into the race.
This new development could be good news for Virginia Republicans, who are already anticipating their own bruising primary. Their contest could be the first major inter-party battle for the GOP since Donald Trump's surprise win in the race for president.
Former George W. Bush aide Ed Gillespie is considered the frontrunner, but he is facing a feisty challenge from a slew of candidates including, Corey Stewart the former Virginia Campaign Chairman for Trump, State Sen. Frank Wagner and businessman Dallas Riggleman.
Virginia hold its primary -- which is open to all voters -- on June 13.
This story has been updated.
The-CNN-Wire
™ & © 2017 Cable News Network, Inc., a Time Warner Company. All rights reserved.
Copyright 2017 Scripps Media, Inc. All rights reserved. This material may not be published, broadcast, rewritten, or redistributed.