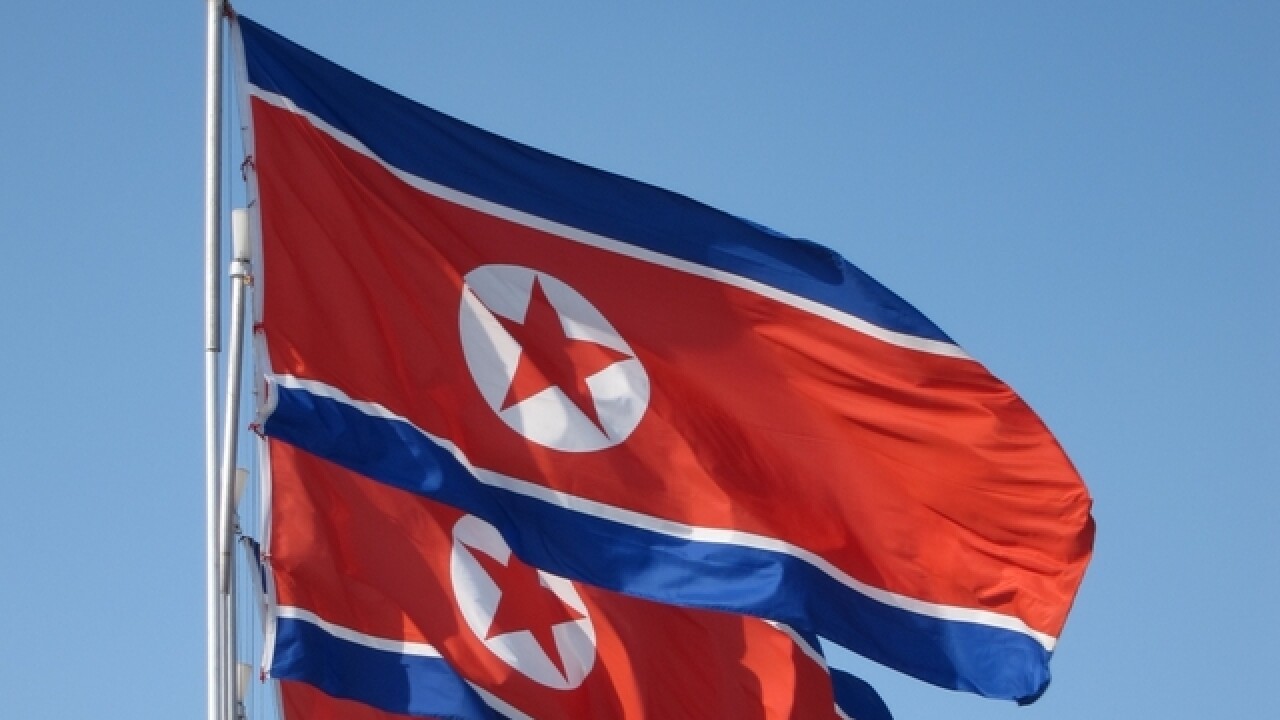 (CNN) -- The commitment of the US and South Korea to the THAAD missile defense system is pushing the Korean peninsula to the "brink of a nuclear war," North Korea said Friday in a report on its official Korea Central News Agency.
The statement attributed to the National Peace Committee of Korea comes just a day after new US Defense Secretary James Mattis arrived in South Korea and pledged to deploy the Terminal High Altitude Area Defense system to protect US and South Korean troops.
But the KCNA statement said THAAD was part of an offensive strategy between Seoul and Washington, alleging the two had "worked out a plan for a preemptive attack on the North and ... desperately pushed forward it, pushing the situation on the peninsula to the brink of a nuclear war."
Mattis, after arriving at the Osan Air Base outside Seoul on Thursday, said it was Pyongyang's "provocative behavior" made THAAD necessary.
But Mattis' visit to South Korea comes at a time of relative quiet from Kim Jong Un's regime, which hasn't tested a ballistic missile since October 20 after firing off projectiles at a record rate earlier in 2016.
Still Mattis, speaking at a press conference in Seoul Friday with South Korean Defense Minister Han Min-koo, had a strong warning for North Korea.
"North Korea continues to launch missiles, develop its nuclear weapons program and engage in threatening rhetoric and behavior," Mattis said.
"Any attack on the United States or on our allies will be defeated and any use of nuclear weapons will be met with a response that will be effective and overwhelming," the US defense chief said.
Besides South Korea, those allies include Japan, which also feels threatened by North Korea's nuclear and missile programs and is the next stop on Mattis' Pacific trip.
"We are also committed to expanding trilateral venues of cooperation with Japan where the mutual defense of our nations is best served through teamwork," Mattis said.
While North Korea hasn't tested a missile in months it has continued to make bellicose statements, including one from leader Kim Jong Un on New Year's Day in which he said his military is on the brink of testing its first intercontinental ballistic missile -- a rocket that could be equipped with nuclear weapons and is powerful enough to reach any part of the United States.
Analysts point out, however, that Kim's bluster is often more for internal consumption than an actual threat to South Korea and the US, which has 28,000 troops in South Korea.
"He demands from his people and subordinates complete obedience to his leadership, because the country is on the verge of imminent invasion from the US and South Korea," said Seung-Kyun Ko, a professor at Hawaii Pacific University and a former research commissioner in South Korea's Ministry of Foreign Affairs. "He creates cohesion and unity among his people in facing the invasion."
CNN's Sol Han contributed to this report.
The-CNN-Wire
™ & © 2017 Cable News Network, Inc., a Time Warner Company. All rights reserved.
Copyright 2017 Scripps Media, Inc. All rights reserved. This material may not be published, broadcast, rewritten, or redistributed.