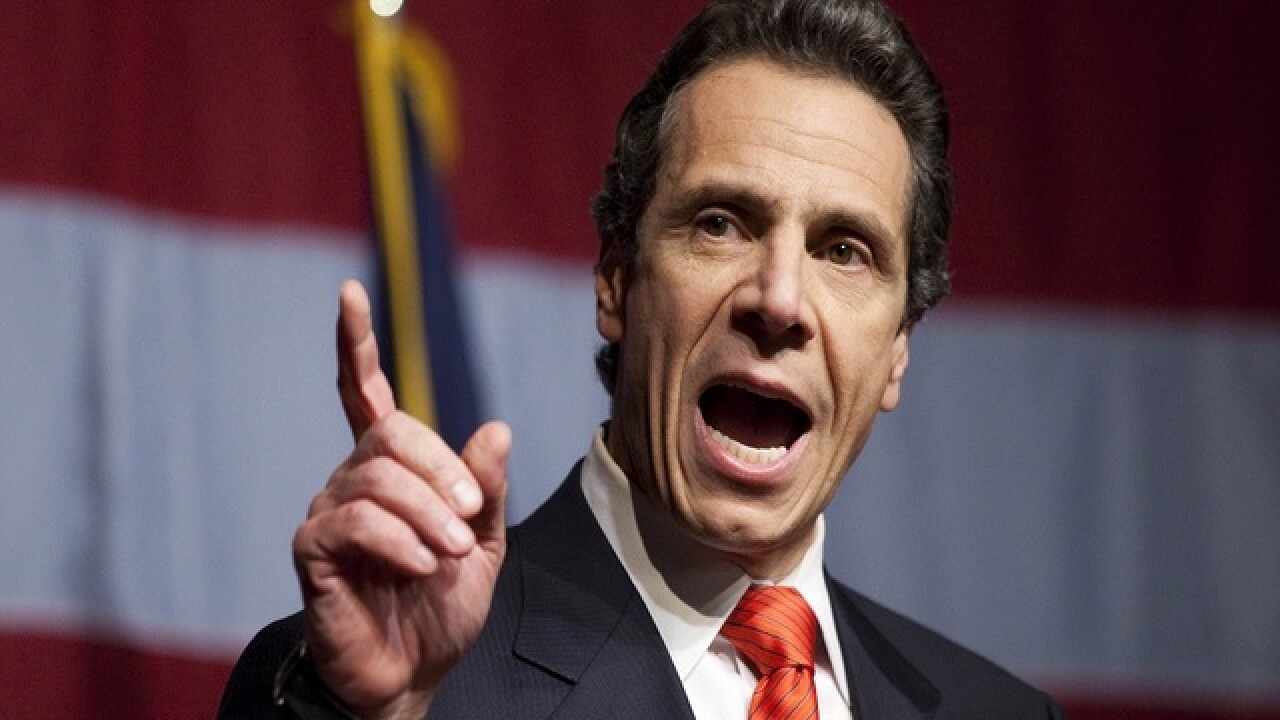 Copyright 2017 Scripps Media, Inc. All rights reserved. This material may not be published, broadcast, rewritten, or redistributed.
Michael Nagle

By: Mina Abgoon
Posted at 10:31 PM, Jan 03, 2017
Bringing back to life a popular position in the presidential campaign season, New York Gov. Andrew Cuomo on Tuesday proposed a free college tuition plan.
Cuomo was joined by Vermont senator and free college proponent Bernie Sanders for the announcement, proposing the plan for students from families making $125,000 or less per year, Time reports.
Nearly one million families with college-aged children would reportedly qualify for the plan, which is estimated to cost $163 million.
According to the plan, those students could attend state and city colleges, including community colleges, for free.
The proposal was well-received by free tuition proponents including Hillary Clinton, who proposed a similar plan when she ran for president in 2016.
She praised Cuomo’s proposal via Twitter.

Delighted that @NYGovCuomo proposed free college for ppl making <125K in NY. A plan @SenSanders & I worked hard on. https://t.co/V0aXjhxKpm

Current in-state tuition at SUNY schools is $6,470, according to Time.
The New York Times reports that the state already spends $1 billion per year on a tuition assistance program, which caps awards at $5,165.
Copyright 2017 Scripps Media, Inc. All rights reserved. This material may not be published, broadcast, rewritten, or redistributed.