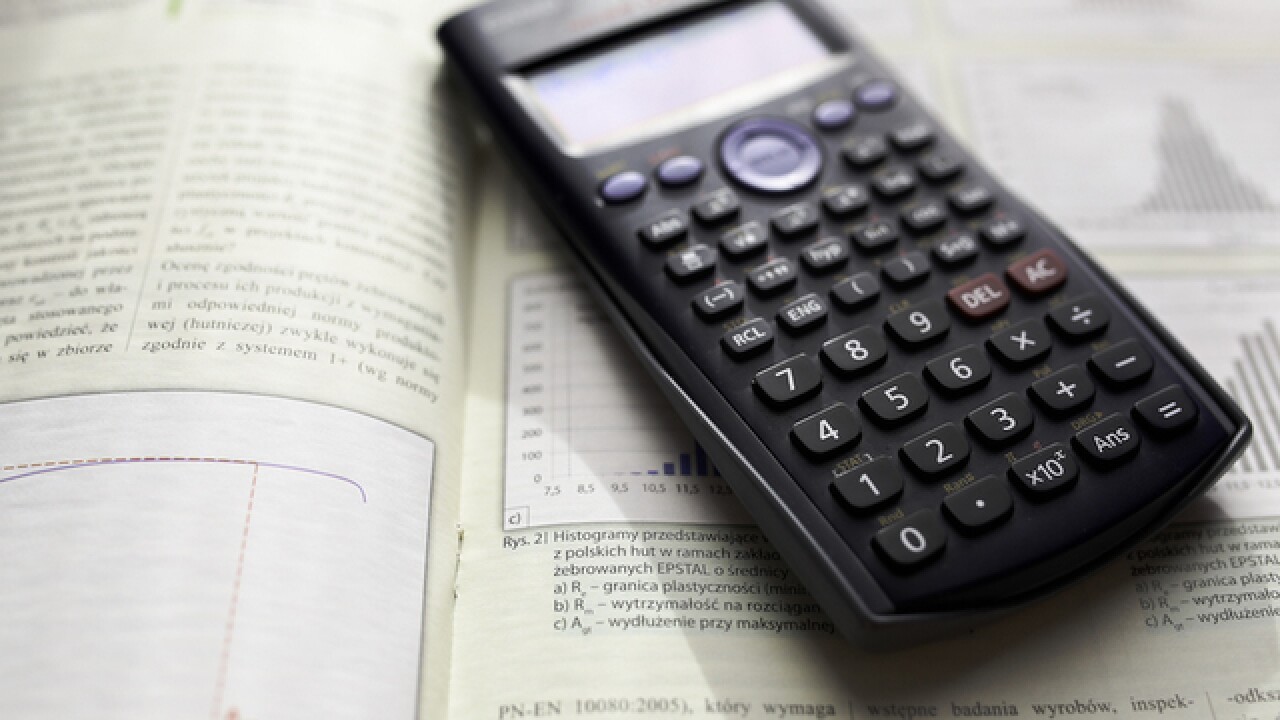 WASHINGTON (AP) — Nearly two-thirds of this year's high school graduates took the ACT college entrance exam, and their scores suggest that many remain unprepared for the rigors of college-level coursework.

The testing company said Wednesday that only 38 percent of graduating seniors who took the exam hit the college-prepared benchmark in at least three of the four core subjects tested — reading, English, math and science — down from 40 percent last year. The benchmark is designed to measure a strong readiness for college.

The average composite score also declined a bit, down from 21 to 20.8 this year. The four tests are scored on a scale of 1 to 36. The composite is the average of the four scores. The vast majority of colleges use the composite in admissions.

ACT's Paul Weeks says a decline in scores was expected, given the changing demographic of the testing population.

"Almost 2 out 3 students are taking the ACT and what's happened is the testing cohort has become increasingly representative of students at large," said Weeks, senior vice president for client relations, in an interview.

A number of additional states also are giving the ACT to all of their 11th-grade students. "That group of new states showed up in this year's grad class report so we would have expected it to have an impact" on scores, Weeks said.

Nearly 2.1 million graduating seniors took the ACT, up from 1.9 million in the last school year.

By comparison, 1.7 million graduating seniors in 2015 took the SAT, the other major college entrance exam. The College Board expects to release updated 2016 numbers for the SAT later this fall.

Of the ACT-tested high school graduates this year, 61 percent met the English benchmark of 18 points, which indicates a student is likely ready for a college composition course and would earn a "C'' or better grade.

In contrast, 34 percent of 2016 grads did not meet any of the four benchmarks. Weeks called that number alarming, an indication that those students are likely to struggle with first-year courses and end up in remedial classes that will delay degree completion and increase college costs.

The report showed a relatively wide gulf, by race, in the percentages of graduates hitting three or more of the college-ready benchmarks. Forty-nine percent of white test-takers met the three-or-more benchmark, compared to 11 percent of African-Americans and 23 percent of Hispanic test-takers. But the gaps between the groups haven't shifted that much, for better or worse, in the last four years.

When students register for the ACT, they can designate a college major. For 2016 grads, the most popular major selected was nursing, followed by pre-medicine, business administration and management and mechanical engineering.

Other findings in the annual score report:

—In the last four years, the proportion of students saying they would like to pursue vocational/technical and two-year degrees increased by 2 percent. The proportion aspiring to higher levels of education dropped by 6 percent.