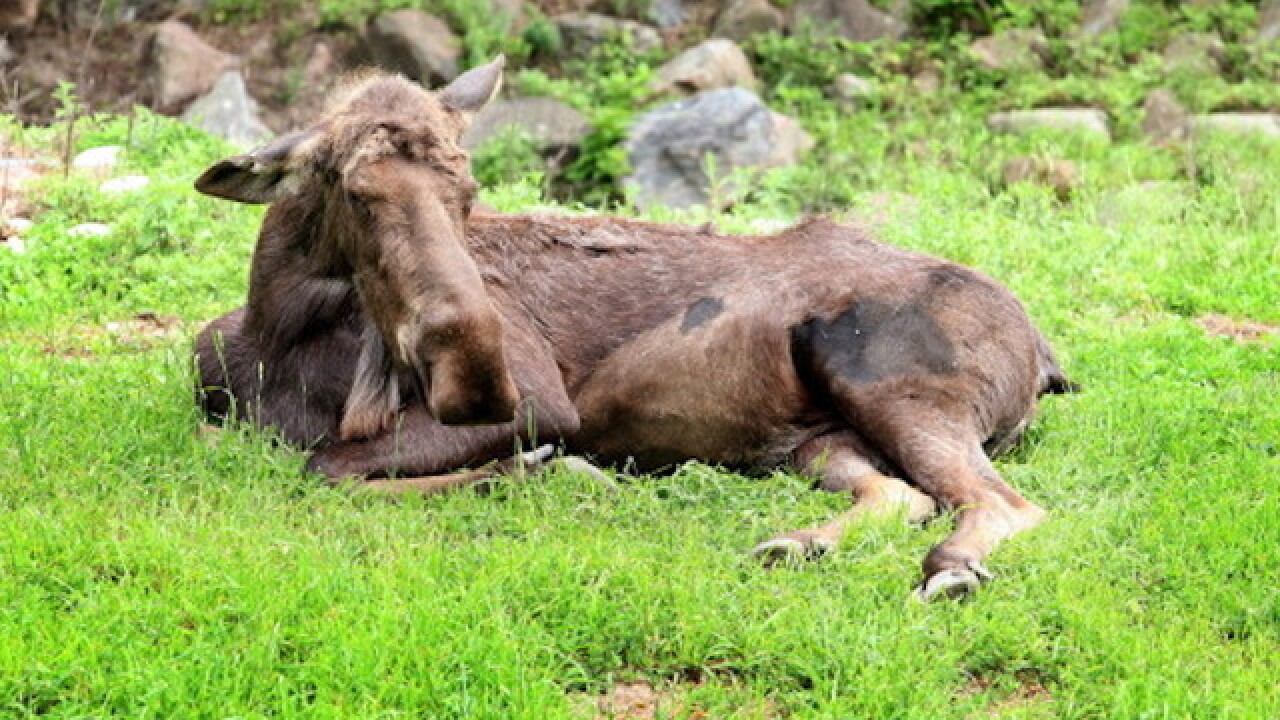 KETCHUM, Idaho (AP) — Authorities say a female moose is safe after she fell through an unlatched window into the basement of an Idaho home.

The Idaho Mountain Express reports  that the moose spent about three hours in the Hailey basement early Sunday morning.

Law enforcement officers and those from the Idaho Department of Fish and Game tried to shoo the moose upstairs beginning at about 2:30 a.m. A Fish and Game officer arrived from Twin Falls at about 5:30 a.m. and shot the moose with a tranquilizer dart.

Homeowner Julie Emerick says eight officers carried the approximately 600-pound animal up the stairs. Emerick says the moose got up and ran off about 15 minutes later.

She says the basement room suffered little damage and called the moose "the most polite, gracious beast."