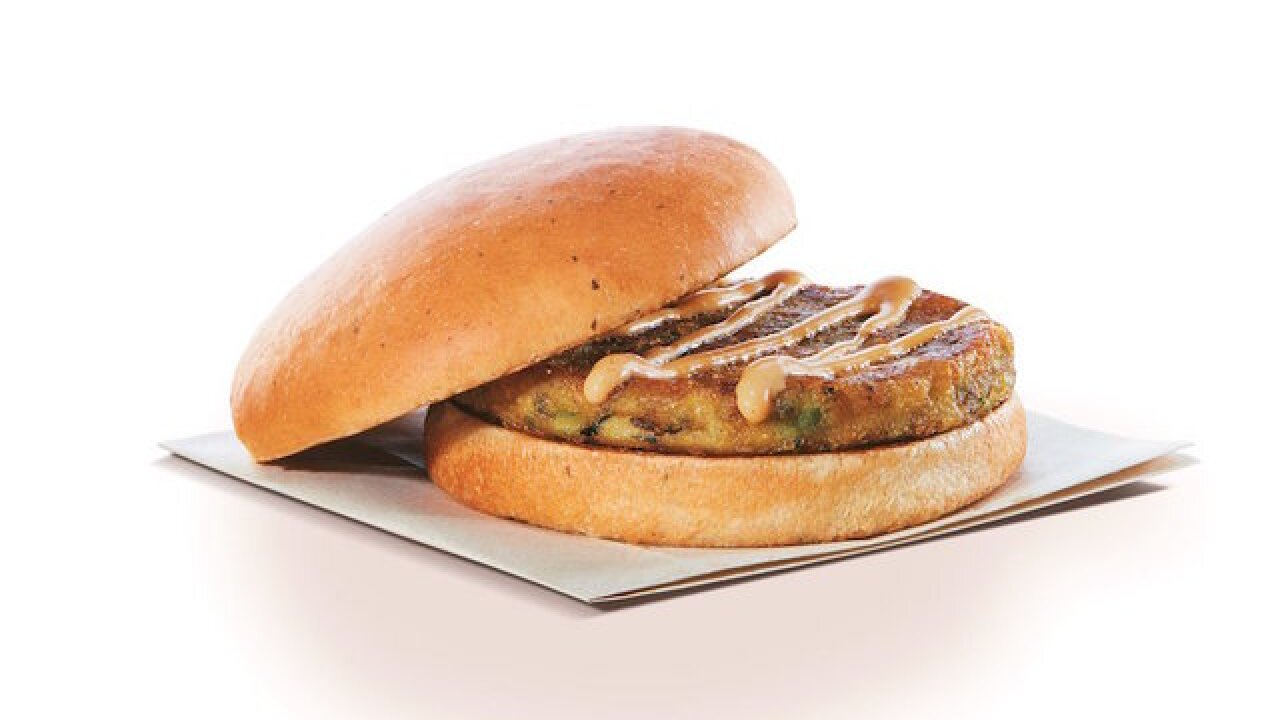 CNN
From McDonald's
<p>McDonald's is rolling out a new breakfast menu on Friday, January 13, 2017 in India, featuring a "Masala Dosa Brioche" and "Masala Scrambled Eggs" alongside more familiar fare such as waffles, hotcakes and hash browns.</p>

NEW DELHI (CNNMoney) -- A masala dosa is a staple of south Indian cuisine. It's a thin pancake of fermented rice and lentils, traditionally served with spiced potatoes.

Now, McDonald's wants to put one inside a burger.

It's rolling out a new breakfast menu in India, featuring a "Masala Dosa Brioche" and "Masala Scrambled Eggs" alongside more familiar fare such as waffles, hotcakes and hash browns.

The new menu will be launched in 44 McDonald's franchises in Mumbai, India's main business hub, on Friday. It will be available between 7 a.m. and 11 a.m., the company said. It will gradually be extended to other Indian cities over the next few months.

Indians reacted to the news with a mix of joy and derision. "Masala + Dosa + McDonald's + Burger. WHAT'S NOT TO LOVE?!" wrote one Twitter user. "Masala Dosa Burger? I'm not lovin it," said another, paraphrasing McDonald's popular slogan.

Westlife Development, which owns all McDonald's franchises in western and southern India, said it was trying to satisfy consumer demand for variety.

"The new breakfast menu is an amalgamation and blend between the classic continental and Indian offerings," Westlife vice chairman Amit Jatia told CNNMoney. "The idea is to provide the customers food products as per their convenience."

McDonald's already has several Indian items on offer in the South Asian nation, including the McAloo Tikki burger based on a popular street delicacy, and a wrap made out of paneer — a type of Indian cheese.

There are more than 400 McDonald's restaurants in over 65 Indian cities, and the company may well be looking to grow further in the enormous market after selling most of its China business earlier this week.