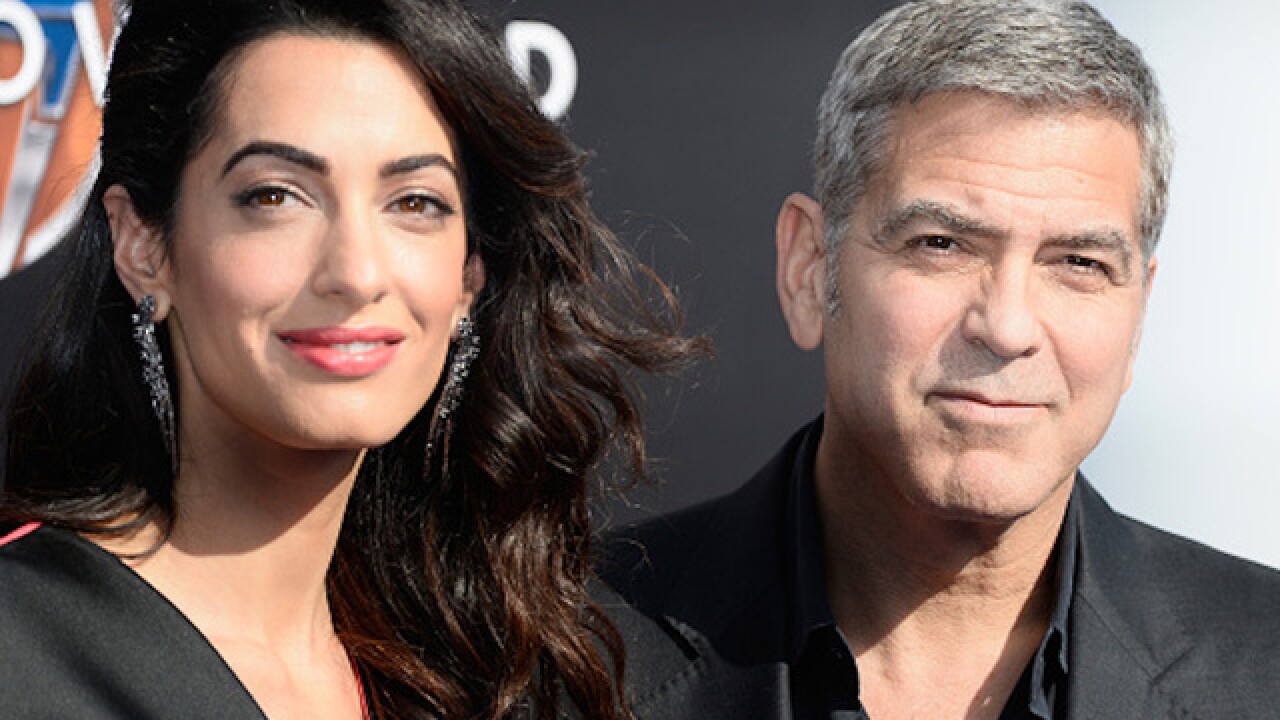 (CNN) -- George and Amal Clooney are expecting twins.
The actor's longtime friend and fellow "Ocean's" series co-star, Matt Damon, confirmed the news on Thursday and recalled the moment Clooney told him.
"I was working with him last fall and he pulled me aside on set and I mean, I almost started crying. I was so happy for him," Damon told Entertainment Tonight Canada at a junket for his upcoming film "The Great Wall." "And I was like, 'how far along is she?' And he goes, 'eight weeks.'"
Damon continued: "'Are you out of your mind?! Don't tell anybody else! Don't tell anybody else! Don't you know the 12-week rule?' Like of course he doesn't. I was like, 'just shut up, man.' And then four weeks later, I'm like, 'we're good right?' 'We're good.'"
Damon has no doubt that Clooney and Amal will be nothing but "awesome parents."
"I'm thrilled for him. She's amazing. He hit the jackpot. Just on every level. She is a remarkable woman. They're gonna be great. They're gonna be awesome parents. Those kids are lucky."
The Clooneys have been married for two and a half years, after tying-the-knot in Venice, Italy, in 2014.
The normally private actor has had nothing but praise when it comes to his wife.
"She's an amazing human being. And, she's caring," Clooney said during an interview in 2015. "And, she also happens to be one of the smartest people I've ever met. And, she's got a great sense of humor."
The twins will be the first children for the couple. A representative for George Clooney did not immediately return a request for comment.
Copyright 2017 Cable News Network, Inc., a Time Warner Company. All rights reserved.