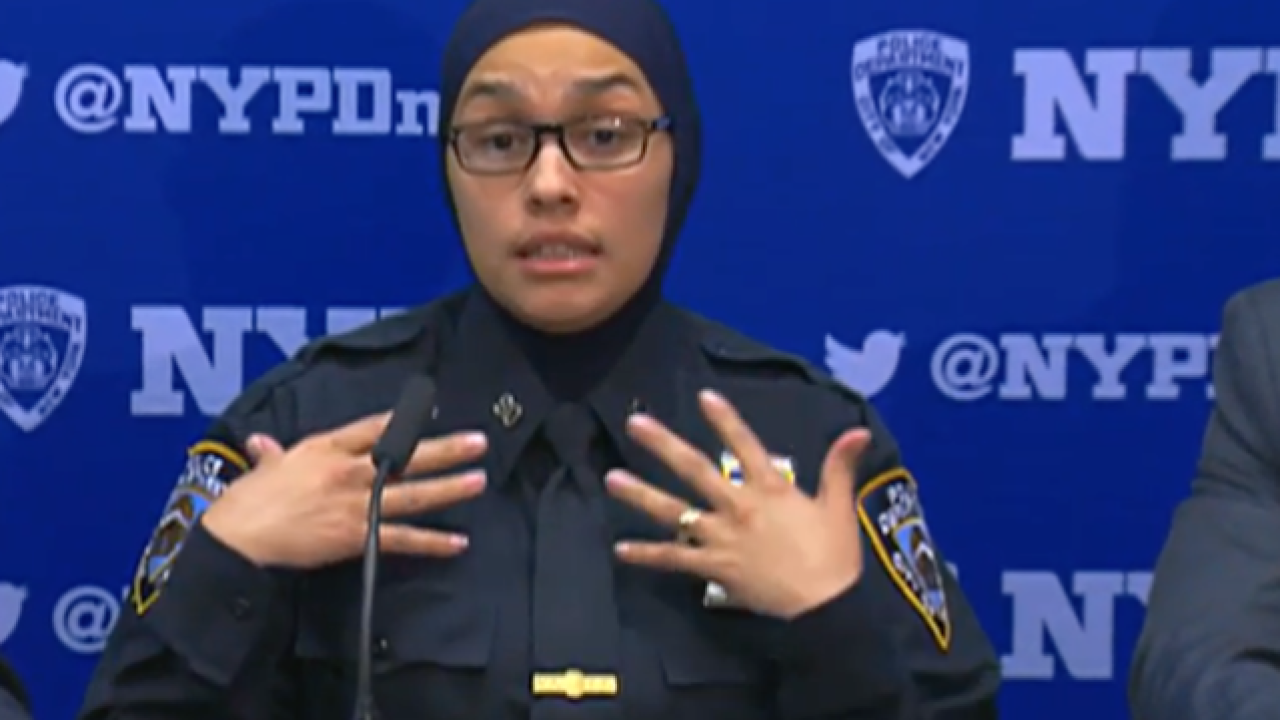 A 36-year-old man was arrested in connection to shoving the son of NYPD Officer Aml Elsokary last week in what authorities described as a hate crime.

Elsokary's son was confronted by Christopher Nelson, who reportedly told Elsokary to, "Go back to your country," according to CNN. Nelson reportedly left the scene before Elsokary, who was off duty at the time, could react, as she never identified herself as an officer.

NYPD officials said that Elsokary is a native-born New Yorker who has been a member of the New York police force for 11 years.

"There are 900 Muslim-Americans serving our city on our police force," New York Mayor Bill de Blasio said at a Monday news conference. "Everyday, they put their lives on the line for all of us. Put their lives on the line for Christians, for Jews, for Hindus, for Muslims, for everyone. I was sick to stomach when I heard that one of our officers was subjected to threats and taunting because of her faith."

Elsokary was recognized by officials for rescuing a family in 2014 from a burning building. She was hospitalized for smoke inhalation for the 2014 incident.

"I became a police officer to show the positive side of being a New Yorker, a Muslim woman that can do this job, that is non biased, help everyone," she said. "I am born and raised here and I am protect you all."