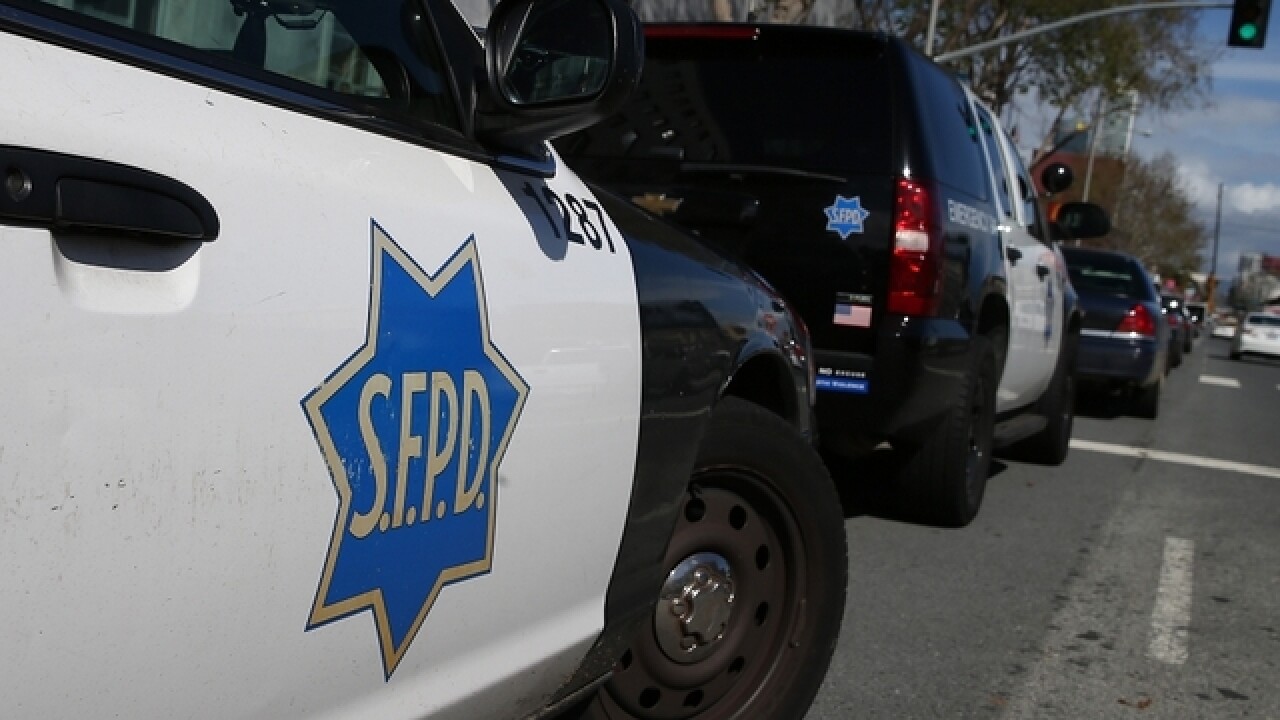 SAN FRANCISCO (AP) — A man suspected of shooting and wounding a San Francisco police officer before being shot by other officers pursuing him has died.
Officer Giselle Talkoff said the man succumbed to his injuries at San Francisco General Hospital on Sunday.
He has not been identified.
The officer is recovering in the hospital after being shot in the head in a confrontation with an armed assailant Friday night. He was responding to reports of a man making threats at the Lakeshore Shopping Center when the man opened fire on officers. The suspect was later shot by officers who saw him come out of hiding.
Officials said the officer underwent surgery to remove fragments from his brain, and that the shooting left him partially paralyzed on one side of his body.
Copyright 2016 The Associated Press. All rights reserved. This material may not be published, broadcast, rewritten or redistributed.