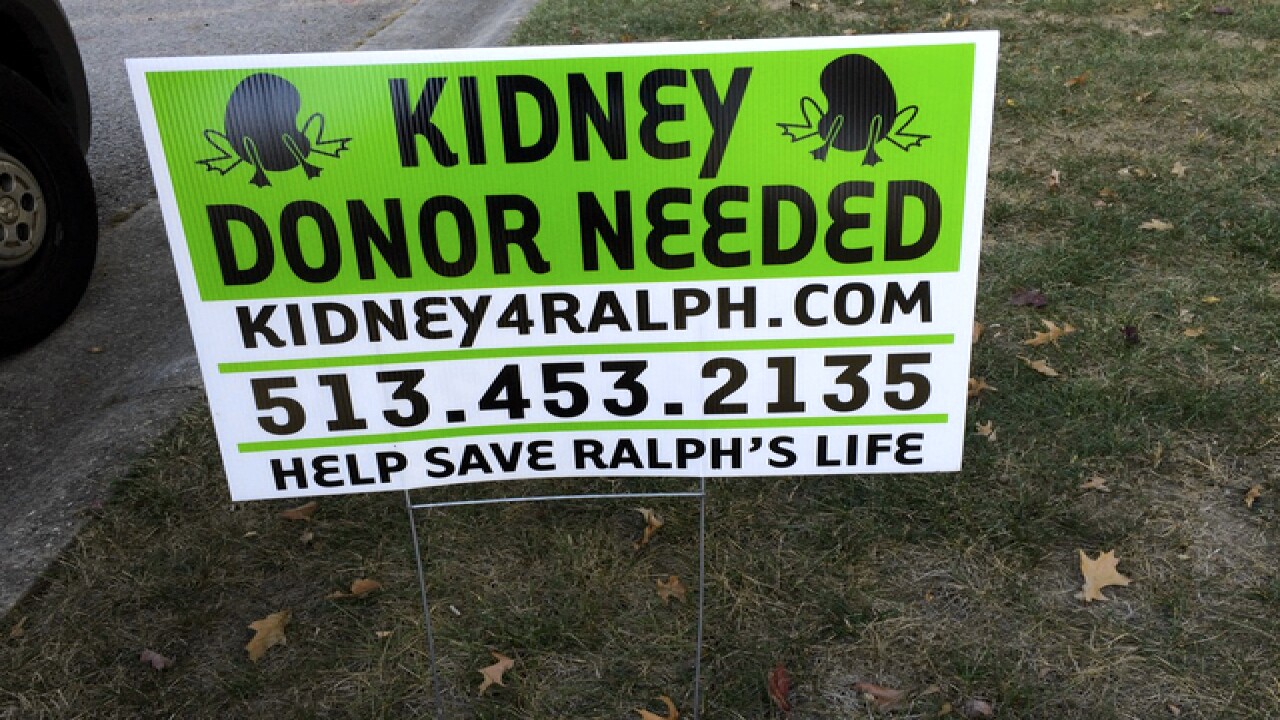 CINCINNATI -- Ralph Beach’s yard signs aren’t like the others cropping up this fall. Instead of advocating for a political cause or candidate, they ask for something much smaller: A kidney.

There are more than 100,000 people waiting for kidney transplants in the United States, according to the National Kidney Foundation, and 66-year-old Beach is one of them. He spends 10 hours each day on dialysis to treat his polycystic kidney disease.

"It’s just hard to have a normal life," Beach, a retired banker, said.

He’s been waiting for a transplant for more than three years, and in that time, he said he’s been forced to miss out on hallmarks of retirement such as travel and time with family. Dialysis consumes huge portions of each day.

As time passed and Beach’s likelihood of receiving a donated kidney appeared to remain low, he decided to take the issue into his own hands. His yard signs and web site are a direct solution to his problem: instead of relying on waiting lists and a small pool of available living donors, they ask passersby directly to get in touch about a potential donation.

Beach said his 125 signs had generated about 65 calls from potential donors. Despite that, and despite being on the waiting list at five transplant centers in four different states, he still has not found a match.

All he and his family can do is wait.

To learn more about kidney donation and how you can help Ralph Beach, click here.