A building implosion gone awry in Dallas has left behind a city landmark. 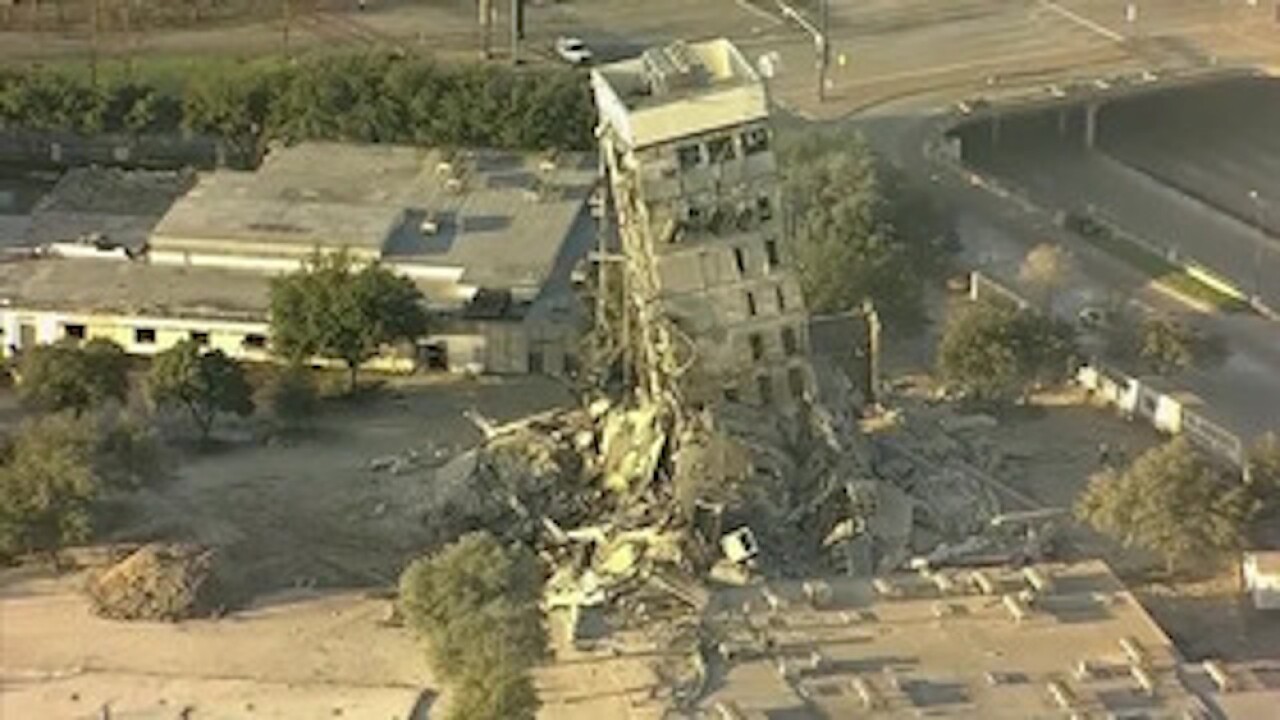 A failed demolition of a Dallas building has quickly become a local landmark.

According to the Dallas Morning News, the officials planned to implode the 11-story Affiliated Computers Building in downtown Dallas on Sunday morning. The demolition will make way for a $2.5 billion project called The Central, which will be a mix of office and residential space along with restaurants and entertainment.

But after the dust settled on Sunday, a portion of the building remained.

"The skirt came off the core," Steve Pettigrew, president of one of the companies involved with the demolition, said, according to NBC News.

What remains is the building's central elevator shaft and stairwell system, which is leaning at an angle — which resembles a certain leaning tower in Italy.

On Monday, bystanders flocked to downtown Dallas to take photos of the "Leaning Tower of Dallas" — and mimed holding the building up, just as visitors do to the Leaning Tower of Pisa.

Whenever a new landmark is established right next to your home, you have to take a picture with it! Ladies and gentlemen, I present to you the Leaning Tower of Dallas! #LeaningTowerOfDallas #DallasLandmark pic.twitter.com/Krx6oVynuF

Had to get my “leaning tower of Dallas” pic. A demolition didn’t quite got as planned now part of the building is left leaning in the skyline. I know this wasn’t the plan and the demo company is probably frustrated - but it gave a lot of people a little joy yesterday. ❤️ pic.twitter.com/g2Br1kjTtu

NBC News reports the demolition area remains secure, and bystanders were kept back at a safe distance.

While the Leaning Tower of Pisa has stood at an angle for more than 600 years, the Leaning Tower of Dallas is not long for this world. The Dallas Morning News reports that Lloyd D. Nabors Demolition will break apart the remaining portion of the tower with a wrecking ball later this week.