LaDanian Tomlinson, Kurt Warner among those selected to Pro Football Hall of Fame 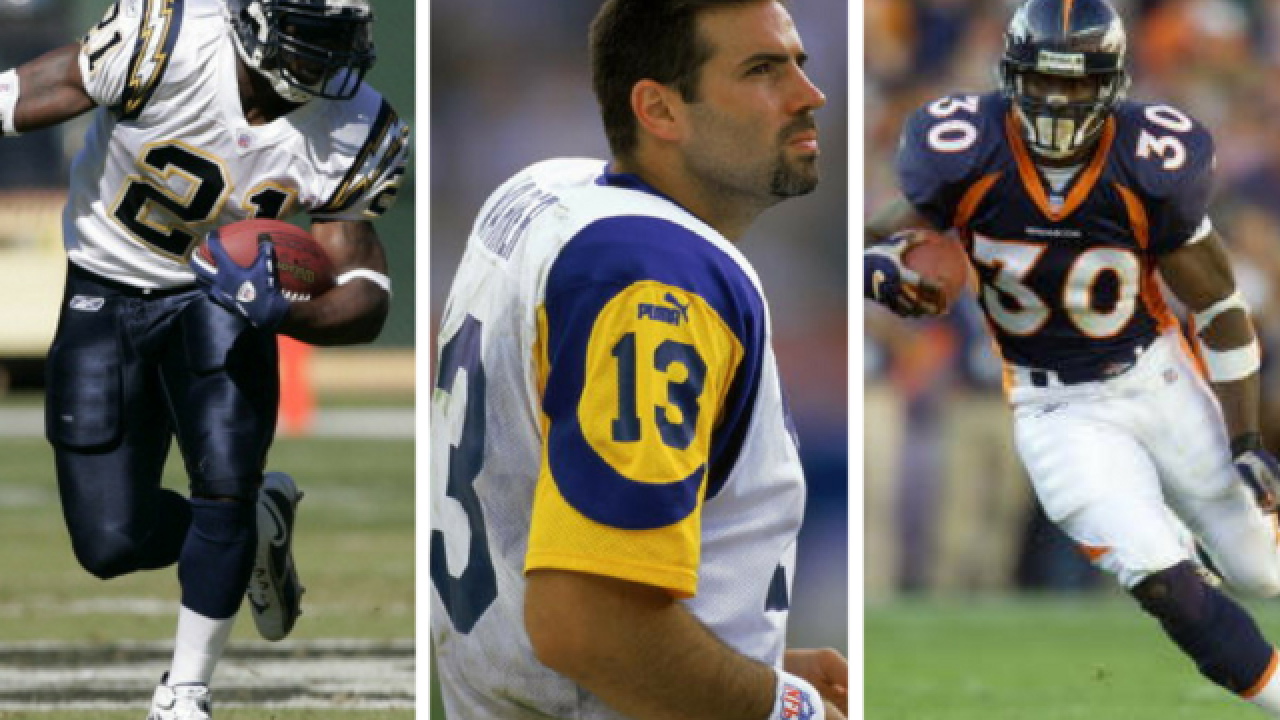 Image copyright 2017 Getty Images. All rights reserved. This material may not be published, broadcast, rewritten, or redistributed.
<p>LaDanian Tomlinson (left), Kurt Warner (center) and Terrell Davis (right) were among those inducted into the Pro Football Hall of Fame on Saturday. (Getty Images)</p>

HOUSTON (CNN) -- The Chargers may no longer be in San Diego, but longtime fans of the Bolts have reason to celebrate, as iconic Chargers running back LaDainian Tomlinson was among the group elected to the Pro Football Hall of Fame on Saturday.

The class was announced during the taping of NFL Honors, a two-hour primetime awards special held at the Wortham Theater Center in Houston.

There were 18 finalists for this year's class, 15 of which are from the modern era. Of the 15, seven were first-time finalists, including three first-year-eligible nominees: Brian Dawkins, Taylor and Tomlinson.

In addition to the modern-era finalists, there also was one senior finalist, Easley, and two contributor finalists, Jones and former NFL Commissioner Paul Tagliabue.

The Pro Football Hall of Fame's current bylaws stipulate that between four and eight new members are to be chosen each year. No more than five modern-era finalists can be elected in a given year, and 80% of the vote is needed for election.

To be eligible, modern-era players and coaches must have last played or coached more than five seasons ago. Since contributors do not need to be retired to be eligible, there was no specific year of eligibility for Jones or Tagliabue.

This year's Hall of Famers will be enshrined in Tom Benson Hall of Fame Stadium in Canton, Ohio, in August.