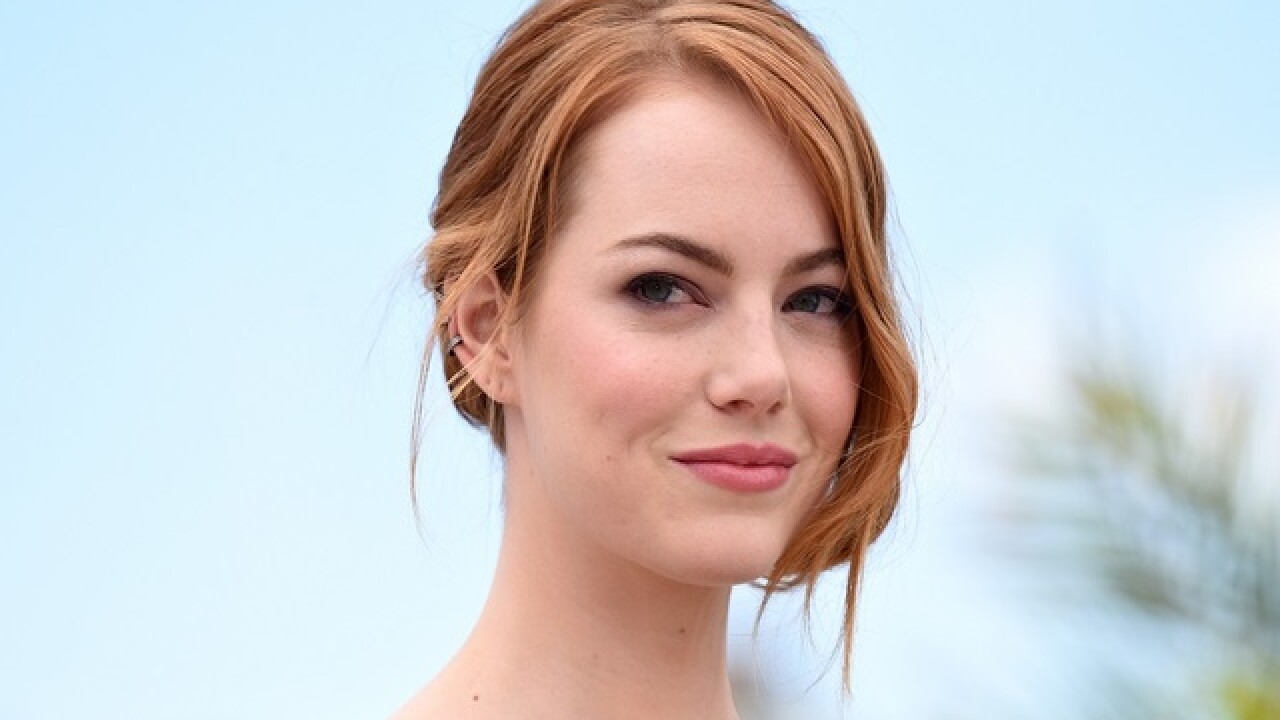 Ben A. Pruchnie
<p>CANNES, FRANCE - MAY 15: Actress Emma Stone attends a photocall for "Irrational Man" during the 68th annual Cannes Film Festival on May 15, 2015 in Cannes, France. (Photo by Ben A. Pruchnie/Getty Images)</p>

(CNN) -- Mary Zophres' official "La La Land" credit might list her as a costume designer, but anyone who's seen the modern-day romantic musical knows that's almost an understatement.
More accurate? Perhaps, choreographer of color.
Because when your director -- in this case, "Whiplash" director Damien Chazelle -- sets out to make a movie that pays tribute to the technicolor films of the late '40s and early '50s, the task of creating clothing to achieve the vision becomes something akin to a complicated dance.
"We talked about where we would place color and in which scenes and we really worked very closely," Zophres told CNN at the "La La Land" Los Angeles premiere. "I also worked very closely with the production designer and we almost choreographed where we would use color and how."
In one scene, Emma Stone's Mia -- an actress who falls for Ryan Gosling's Sebastian -- wears a rich royal blue dress, as she and three roommates dance in a desolate residential street at dusk. The blue pops against the sporadically lit streets. Mia's friends all wear colors that compliment -- but don't overshadow -- her.
In another scene, the one depicted in the movie's whimsical poster, Mia wears a canary yellow dress with hand-painted pattern detail as she and Sebastian dance with a purple and blue Los Angeles sky as their backdrop. Again, the whole setting is visual candy -- sweet and appealing.
The clothing had to compliment and enhance the locations and story and even the emotional tone of the characters.
"It was really a vision of Damien's that he sort of brought us into and let us come along for the ride," Zophres said. Like the movie itself, the fashions, ebb and flow.
The aforementioned yellow dress has only slight volume to the skirt, for example, whereas a white, flowy number used for the film's bittersweet epilogue is "endless volume," Zophres said.
"There's a progression," she said.
When it came time to dress Gosling, Zophres said she, Chazelle and the actor agreed that jazz musician Sebastian was a guy whose appreciation for the classics would be reflected in his fashion choices.
"I think his character has such a respect for the past and past musicians, my proposal for Damien was, 'I don't think he should ever be in jeans and a t-shirt.' Ever. And never in sneakers," she said. "And he was like, 'Great,' and Ryan loved that idea too."
All the clothing seen in the film were custom made for Stone and Gosling. But Zophres was careful not to make the dresses unrelatable.
"I didn't want it to feel like an average girl like Emma, who wasn't making a ton of money before she was famous, couldn't actually go and buy these dresses," she said. "So even though there's an element of fantasy, I did want them to feel like real dresses."
Zophres previously worked with Gosling and Stone on 2013's crime thriller "Gangster Squad." So she felt like she had an edge when it came to find looks that were right for the movie and the people bringing the characters to life, especially Stone.
"[The clothes] are very classic and somewhat demure," she said. "It was just classic and beautiful and graceful and I think Emma embodies those kinds of things and looks good in that kind of dress."
"La La Land" is in theaters now.
The-CNN-Wire
™ & © 2016 Cable News Network, Inc., a Time Warner Company. All rights reserved.
KTNV